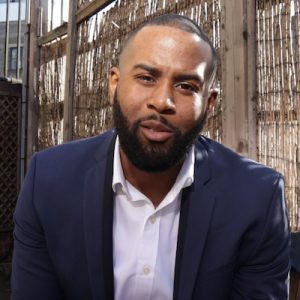 Inspired by a desire to make his own decisions and not be told what to do, Anthony decided at just 10 years old that he would be a businessman. He expected to work in a company and learn the tricks of the trade after studying business and finance at the University of Leicester but before reaching his final year he had already set up a successful student letting agency, giving him the beginnings of a property business to focus his energy on when he graduated nine years ago.

Lettings and Rent to Rents

The opportunity to go into letting came to him as a second year student, viewing a property with a landlord and letting agent. When the landlord slipped him her number and offered to bypass the agent, hinting at other available properties, he seized his chance. She agreed to his offer of finding students for her other properties and before he knew it he was giving the same service to other local landlords. Advertising to his fellow students through Facebook and even the university newsletter, which he was eventually banned from, he built up a generous client base and gained plenty of experience along the way. Although he wasn’t making lots of money he could see a lucrative future ahead and decided that whilst fresh from university and without responsibilities it was the perfect time to give it everything he had.

After a couple of years of managing properties for small landlords and developers he moved on to large purpose built student accommodation providers like Unite and Mansion, which he has now let thousands of beds to.

At the same time he was enjoying the extra cash flow of rent to rent. One of the early deals he remembers was a 39 bed student accommodation block in Birmingham. A few months before the start of a new academic year, he was approached by a landlord who was struggling to fill his property, with a less than 5% occupancy. After a viewing and weighing up the work which would be needed, he offered to lease it from the landlord and put a full time staff member in the building whilst he uses his resources to let the rooms. After 6 weeks they came to an agreement that he would pay £15,500.00 a month to the landlord for the property which comprised of 25 studio apartments and 14 en suite bedrooms in cluster flats. The market rate was £24,000.00 giving him £8,000.00 a month.

Although a fruitful deal on a low maintenance property, when the owner decided to sell up he had to give up his lease and say goodbye to the pleasant income stream. This experience opened Anthony’s eyes to the risks of being at the mercy of a landlord who in one decision could reduce his monthly income.

Through what he had learnt he noticed how much easier it was to run one large apartment block where all his tenants would be under one roof, and there’s just one garden and entrance hall to consider. This way he didn’t need to go to 20-30 HMO’s and fix all their individual needs, and found the predictability of the pricing was beneficial too. For example, if some taps were starting to go he could bulk buy the replacements and be prepared knowing they all had the same fittings.

While having his eggs in lots of baskets armed him with years of precious experience and knowledge, he eventually decided his current method wasn’t creating the best returns for his time. He also realised that he was doing all the same work as a letting agent as he would if they were his own investments, but missing out on the benefits of owning the property and having it in his portfolio.

Projects in the Pipeline

Today he has a pipeline of projects with a value of close to £100 million consisting of purpose built student accommodation, mixed use schemes and co-living.

The first big deal he has planned is for 68 self contained student flats in Birmingham with a GDV of 7.2 million, the total cost is coming to 4.7 million making him 2.5. Not bad at all! This lucrative profit didn’t appear from nowhere though and involved being open to a range of investments and some ingenious research skills.

When he noticed a tired looking industrial building out of the window of a large apartment block he was viewing, he saw an exciting opportunity. After resorting to google street view he was eventually able to track down a phone number which thankfully still belonged to the current owner. As luck would have it, the landlord was willing to sell with an unconditional deal, giving him a year to get planning permission – which after 10 months he has.

Co-living – fancy HMO or a change to the way we live?

Another exciting ongoing project he’s working on is the development of Birmingham’s first ever co-living space. A 260 bed property complete with a gym, co working space, private meeting rooms, lounges, terraces and even a bowling alley. His goal being to develop properties where people genuinely want to live and just as importantly, stay. He believes the environment you provide and the experience and community aspect is paramount, saying it’s almost more important than the facilities you provide. The basics are nice clean spaces and super fast wifi but what’s going to keep people in and keep them returning is the community and the experience.

His company philosophy is ‘lifetime living’ and everything they do is about making tenants want to stay for a lifetime because they feel like they belong and that they’re appreciated.

With co-living spaces on the rise, we discussed the differences between a well done HMO and co-living. While smaller 5-10 bed HMO’s are generally unable to offer more than a large lounge area in way of communal amenities, co-living is more community focussed. Generally providing housing for a large number of people in purpose built apartment complexes which benefit from expansive communal amenities. These range from gyms to libraries and are spread over different floors, with the housing made up of both self contained and shared flats. The whole buildings are centered around community, with the goal of people getting to know one another and a home being more than somewhere to stay short term.

Whilst a lot of these schemes are currently targeted towards 21-35 year old young professionals, he is interested in exploring co-living schemes for families and over 55’s, too. Saying that he thinks there’s scope for all demographics and is interested in seeing how this pans out over the next few decades.

Looking Ahead and Some Sound Advice

When I asked Anthony what his goals are for the future, he confidently stated that he’s not in the property game to hit anything less than one billion pounds. And although he’s more concerned with the specific deal he makes than creating timeframes and personal goals, he wants to reach this as quickly as possible.

His first and main intention is to create great value accommodation that’s worthy of lifetime living. To do this, he says he needs large schemes so he can invest in the right amenity spaces. For him these are properties with 250 to 500 plus beds, so by default they’re going to be 50 million pound plus deals. With plans to do a number of these deals across multiple cities he expects it to take him over a billion.

He says the reason he was able to jump up from investing in small houses and HMO’s to 25 million pound deals is due to leveraging his position, contacts and experience.

With seven years experience running a lettings company he had already been through the motions of what it was like to be a landlord, he understood what it took to manage large properties and was already very confident. He urges first time investors to follow in his footsteps and get as much experience as possible before investing theirs or anybody else’s money. To this day he still doesn’t take on these deals on his own and makes use of joint venture partners. Now, he always feels certain of the outcome before jumping into a deal and comes prepared with a plan B.

You can hear more about Anthony’s advice and deals via Instagram at @anthonylaville and Youtube at Anthony Laville.

PrevPreviousThe 6 most important statistics from our first 3 months running Serviced Apartments
Next283: Ian & Lynsey McBain share their tips on growing a successful portfolio and working with familyNext