023: Ant Lyons places a refreshing emphasis on ‘return on effort’ rather than return on investment 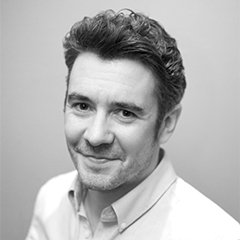 Ant is the editor and co-founder of Your Property Network magazine, the UK publication read by over 12,000 property investors every month.

He’s had the privilege of interviewing hundreds of investors and looking at their strategies, and has put this wealth of knowledge to great use in his own investments, where primarily, he loves to transform wrecks back into homes.

He started investing in 2006 and now has 24 properties which he strives as much as possible to keep as a passive income, as he does not enjoy being a landlord.

Whilst Ant’s dad was very ill in hospital, he spotted a building for sale in the newspaper for £110,000 that was in the process of being split into two flats. Ant went to view it the next day and bought it straight away. It cost £18,000 to finish the renovation works, and he created two leasehold flats from the single freehold building which were each valued at £84,000. He got a mortgage on each of them at £63,000, raising £126,000 against a building he only spent £128,000 on, leaving only £2,000 in the deal.

He’s happy that he was able to turn a wreck into a nice place to live, as well as now making a healthy return on his investment.

It was also in the days when SARB (sale and rent back) was OK, so the couple he bought it from remained his tenants until they split up, at which point he had his first void period to deal with.

A company wanted to rent it for 5 years on a commercial lease, and even paid 18% above the market rent for it. His mortgage was a base rate tracker at 0.5% below the base rate, an this was when the base rate fell to 0.5% so his monthly interest payments were 19 pence!

It sounds like a great deal, however Ant would be reluctant to do the same deal again as the interest rate wasn’t something he could predict or control, and despite the property being great to him, the actual yield is poor and had the interest rates gone the other way, he could have ended up in real trouble.

yourpropertynetwork.co.uk – Your Property Network magazine information and articles
facebook.com/ant.lyons.7 – Connect with Ant on Facebook
Email Ant – Got a question or looking for some advice? Send Ant an email.

PrevPrevious022: John Paul started a letting agency so he could manage his own portfolio for free, but has succeeded in building one of the most respected businesses in the UK property industry
Next024: Kemi Egan raised her first JV money whilst homeless, and has never looked back sinceNext