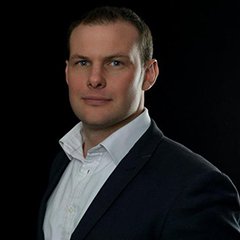 101: Barry Davies returns to talk in great detail about why he made the decision to leave the competition behind and focus his energy on doing bigger, more lucrative deals

Barry is a past guest of Inside Property Investing. He joined us back in episode 49 to talk through his property journey up until that point. You may remember that as well as being well known for property lease options as a result of his best selling book ‘Escape the rat race with property lease options’, he was in the process of switching his focus to bigger, more lucrative deals.

That strategy really stood out in my mind as something far too few investors are seriously considering, so when I heard he has just launched his second book called Retire on One Property Deal, discussing this exact topic in depth, I knew we had to get him back on to talk about why this approach appeals to him so much, and how doing bigger deals can help you achieve your own goals so much quicker.

What Got Barry Started?

A lot of Barry’s motivation for moving into bigger deals stemmed from one of his biggest property investing difficulties. He talks candidly about the lease option he had on his dream home which, after spending £125,000 and many months of his time renovating, was pulled from under his feet due to a technicality in the option agreement.

It was a difficult time for Barry, but this was the catalyst for him to take his success to the next level.

From Capital Gains to Cash Flow

One of the major decisions he made in his journey was making the switch from chasing capital gains moving from one deal to the next, to focussing on building up a sustainable monthly income that him and his family could live off securely. He talks a lot about why he made this decision, how the changing property market played a part in the decision, and how he made the transition.

The move into bigger deals might seem obvious to some of you, and crazy to others. There are obvious upsides – bigger rewards, economies of scale etc – but equally there are some major potential downsides as well – with bigger rewards come bigger risks and bigger challenges.

Barry shares his views on why the pros outweigh the cons, and there are some fantastic tips and insights from his own property journey that make the case for doing massive deals.

As well as the academic insights into doing massive property deals, we get into the nitty gritty details of some of the deals he’s done in his own portfolio.

We talk about the first massive deal he did after making the decision to pursue cash flow, as well as the biggest deal he’s done so far – a 19 bedroom block of flats! We run through the purchase costs, renovation costs, how he was able to finance the purchase and refinance after the works, the cash flow at the end of the projects, and some of the key lessons he’s learnt from each along the way.

This episode really is jam packed with advice on taking your property investing to the next level.

Want to Find Out More?

Check out Barry’s book on Amazon

Retire On One Property Deal: How You Can Sky Rocket Your Profits With Bigger Deals

Or get a free PDF copy of the book by either going to RetireOnOnePropertyDeal.co.uk or text HMO + Your Name + Your Email to 66777.

If you really want to scale up your property investing, get down to Barry’s next Workshop, teaching you how to do massive deals like he does. Find out more at Retireononepropertydeal.co.uk/Workshop

Want to see the latest pictures from his 19 bedroom HMO? Check them out at Facebook.com/HMOLeaseOptions

PrevPrevious100: Susannah Cole gets back behind the mic for our very special 100th episode, sharing all things property fundraising based on experience of almost 200 deals
Next105: Jackie Tomes has, in a very short space of time, built a phenomenal portfolio, an income to replace her salary, and a lifestyle she’s proud of, all through property investingNext