086: Billy Turriff is an ex-pat investor based in Dubai who has built up an excellent property portfolio whilst working full time in HR 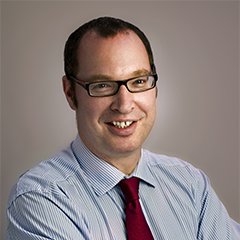 Billy is an HR Consultant based in Dubai – he has been an expat for about 15 years spending time in Ireland, Istanbul and most recently in the Middle East.

During that time he has managed to build a mid-size portfolio of just under 20 houses utilizing a number of different strategies, including single lets, holiday lets, R2R, student HMO’s, Lease Options as well as assisting a number of other investors along their journey by providing bridging financing.

In addition he has very recently, in the past couple of weeks actually, launched his fist commercial to residential developments of ten 2 bedroom apartments on the Wirral.

The Good Property Company: Find out how Susannah Cole was able to buy £30 million of property for only £20 million at her Investor Open Days.

Billy has 3 main focus areas: student HMOs funded through momentum investing that give him the cashflow he needs so he has the choice about whether or not he needs to work (he’s happy with the size of this portfolio but is strategically adding one or two properties per year); the second strategy that he’s only recently started is doing commercial conversions in order to maximise his cash pot (he exchanged on 2 offices a month ago, had planning already in place, and sold all 10 of the proposed flats off-plan in about 2 days); the final element, taking up only around 5% of his time, is deal packaging, particularly using his oversees connections with things like lease options being sold sold to investors who can’t get UK mortgages.

In 2012, Billy purchased a property in Liverpool from a housing assocation with his JV business partner. It was bought for £35,000 and required £15,000 to be spent on it on the renovation and fees. They rented it out for the last couple of years as a 3 bedroom student house, after refinancing it and getting all of their cash out of it. Earlier this year they took it one step further by converting the loft into 2 further bedrooms and an additional bathroom, spending another £25,000 on it. With the new higher occupancy, it’s giving them well over £1,000 a month cash-flow, with the option to refinance it again in future if they choose.

With the same JV investor as his biggest success, they started to get a little over-confident in their abilities and purchased a very dated 7 bedroom house. Both Billy and his partner had viewed the property several times and whilst they were aware of an issue with the bay window, they assumed it would be a simple fix costing a few thousand pounds.

Unfortunately it wasn’t quite that simple, and they had to rebuild the whole front elevation at a cost of £40,000! They considered throwing it back into an auction to minimse their losses, but that plan didn’t sit well with them from an ethical point of view. Thankfully, timing was kind to them and the valuation at the end of the project was exactly what they had spent. They obviously weren’t able to pull all of their money out of that one, but thankfully because of the uplift in the market the deal still works for them.

The Restless Executive: Reclaim Your Values, Love What You Do and Lead with Purpose

Facebook.com/billy.turriff – Catch up with Billy and connect with him on Facebook
Email Billy Turriff – Got a question or looking for some advice? Get in touch with Billy here.

PrevPrevious085: An introduction to property planning with Linda Wright, superstar planning consultant and owner of PLANiTWRIGHT
Next087: Kriss Akabusi dominated the world athletic scene during the 80s and 90s, and has now turned his attention to property investing with the help of Platinum Property PartnersNext