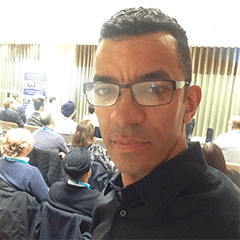 131: Carl Hutchings is a London based investor focusing on luxury renovations and developments in the South East, as well as helping his former professional football colleagues by helping them invest in property.

Carl is perhaps best known for his career as a professional footballer, playing for a number of English teams over the course of 13 years.

What’s less well known is that throughout the same time period, he was quietly building up his own property portfolio before moving into property investment full time when he retired at 29 years old.

He continued to build on his property success as well as venturing into the hospitality business by opening a number of bars, restaurants and nightclubs in Central London. His passion remains on the property side of investing though, and he’s now been involved in over £25 million worth of property transactions.

Carl started buying property when a trusted mentor of his suggested that his football income might not last forever and he should think about investing for the future. He started off initially by buying low cost single let properties across London and renting them out.

After his football career ended he moved up to larger development deals, working with luxury properties, large renovation budgets, and joint venture partners from his contacts in the sporting world.

There was a property in Weybridge that stands out in Carl’s head as the crossover between the small deals and the larger developments he’s now working on. It opened his eyes to a whole host of new challenges and skills, and changed his mindset entirely regarding property investing and focusing on bigger rewards.

One of Carl’s development deals is on the market at the moment. He paid £780,000 for it before Christmas but within 2 weeks of starting work he realised the new building team weren’t going to live up to their promises, leaving Carl with a significantly delayed timeline and a serious hole in his renovation budget.

Instead of having it on the market 3 months ago as planned, it was only completed just before the EU referendum which has resulted in a quiet market and an (at the time of recording) unsold property.

PrevPrevious130: Goals Part 2: Anthony Hubbard returns to IPI to share his mid-year update on his 2016 goals.
Next132: David Clouter has developed an extraordinary understanding of the property cycle during his 33 years as a property investorNext