It was a new millenium, Ireland was in the middle of a property boom and a fresh faced Keith O’Regan was just out of school. ‘All the construction companies were coming in [to Ireland], just offering us cars and good salaries to finish college part-time and work full time,’ he remembers.

So that’s what he did. Having just begun studying construction at college, he started working for a civil engineering company as a junior quantity surveyor, whilst finishing his degree on a part-time basis. In 2002, he bought his first buy-to-let in Ireland on a 92% mortgage. A year and a half later, he had completed four properties. Life couldn’t get better.

Then in 2003, he had a car crash. He was rushed to hospital with two blood clots on the brain. He spent three weeks in hospital. He had to quit his job as a quantity surveyor. He still suffers from tiredness to this day.

‘I didn’t do a whole lot for seven years work wise,’ he says. ‘I drove a taxi for a few months part-time. I did a little bit of painting with a friend part-time. I looked after my properties.’

In 2008 at the Irish high court, he received a cash payout from the insurance company of the man who had crashed into him. But by then the property boom had bust. Ireland was one of the worst hit countries. Property values had halved.

What was he to do?

A ten year trip to Liverpool

‘I moved to London in 2010,’ Keith says. ‘I bought a basement flat in Kensington with some space for planning to turn it into a three bedroom apartment.’ Keith refurbished the flat, moved in for a while then sold it. ‘I made around £300,000 profit,’ he says.

He proceeded to do a four bed property in Shepherd’s Bush, a four bed in Brixton and another four bed in Reading. He initially planned to covert the Reading property into an HMO, but had to change direction because of the government’s section 24 tax changes for buy-to-let properties.

‘I just decided to sell the Reading one. I did it and I sold it,’ he says. ‘ I didn’t actually make any money on it because it was never a flip.’ Next, he sold the Shepherd’s Bush property and used the money from it and the Reading property to fund a five storey flat conversion in Hackney.

By now it was 2017 and London’s market was starting to wobble. Keith sold the Hackney flats and decided his next move would be northwards. ‘I knew a lot of people who were investing in Manchester, Liverpool and Birmingham,’ he says.

‘I made a few trips to Liverpool. I got in touch with some contacts I’d made previously, some builders and just kind of got to know the area, what’s good, what’s not. I bought three properties in five or six weeks.’

The three properties were all located in Wavertree, east of the university area. Two four beds and one ten bed, bought with cash in June of this year.

‘I found it a good balance,’ says Keith.

‘It’s not beside the university, but it’s student area. There are buses nonstop at the bottom of the road straight into town.

‘People could be paying £90-100 for a really nice room in Wavertree and it’s probably an extra £30 for something similar in the city. It’s a big difference for students.’ 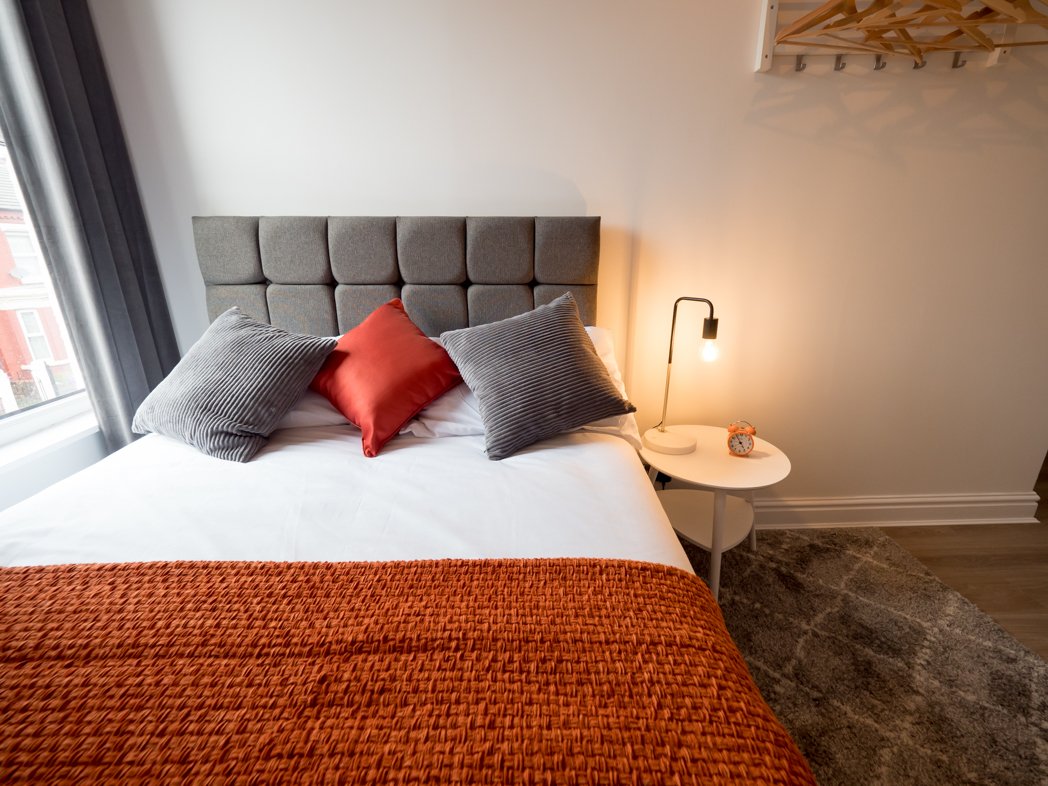 Whilst the yields are higher in north Liverpool in areas such as Anfield, Everton and Kirkdale, he says these places would have brought other challenges.

‘You’ve got a lot more property wear and tear,’ he says. ‘A lot more non-payers. A lot more chance of your property getting wrecked, that sort of thing. Everyone I met just said stay away.’

Of the nine rooms being rented out in the ten bed HMO, six are currently occupied. Until June, Keith is letting out the property on a room by room basis, using a company specialising in lettings to young professionals. Then from the start of the next academic year, he’s hoping to fill it with student groups. 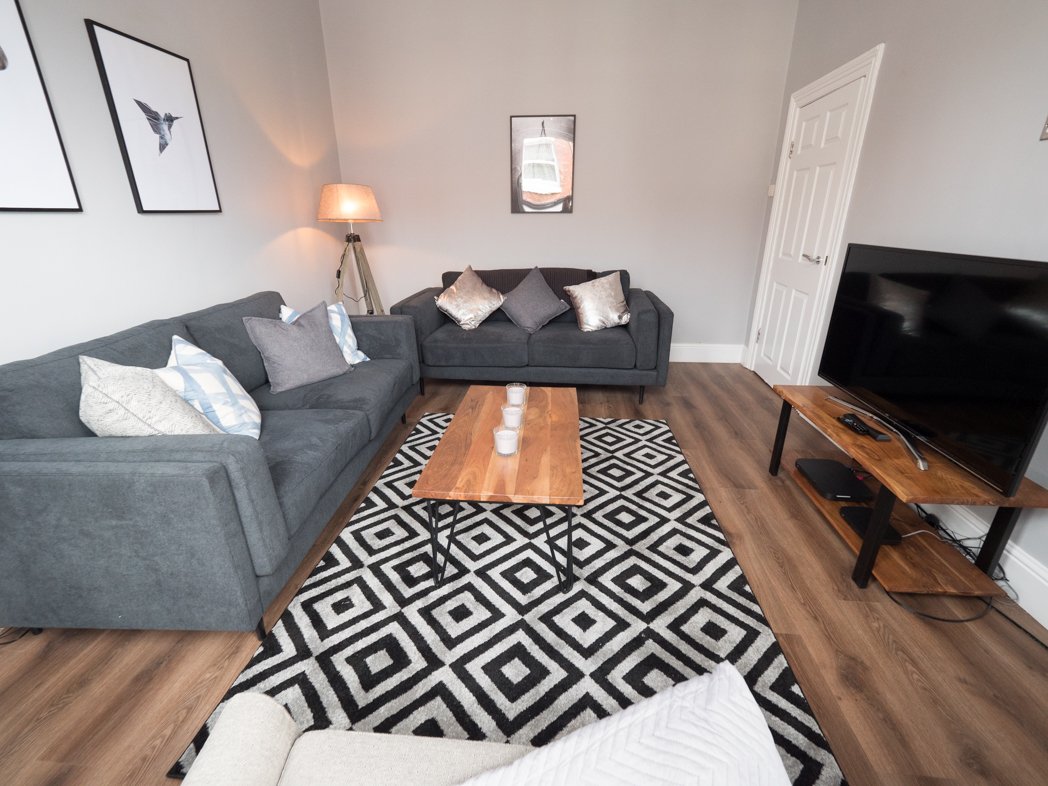 ‘I’ve got another company and they just do student lets. They’ve had a lot of interest. I’d say they will all be rented out [for next year] in the next three weeks.’

The property had received planning permission to be turned into a HMO in 2010. Whilst it was refurbished back then, it needed to be completely updated. ‘It was pretty tired,’ Keith says. ‘It just needed money spent on it, because even at £70 a week no one was interested.’ 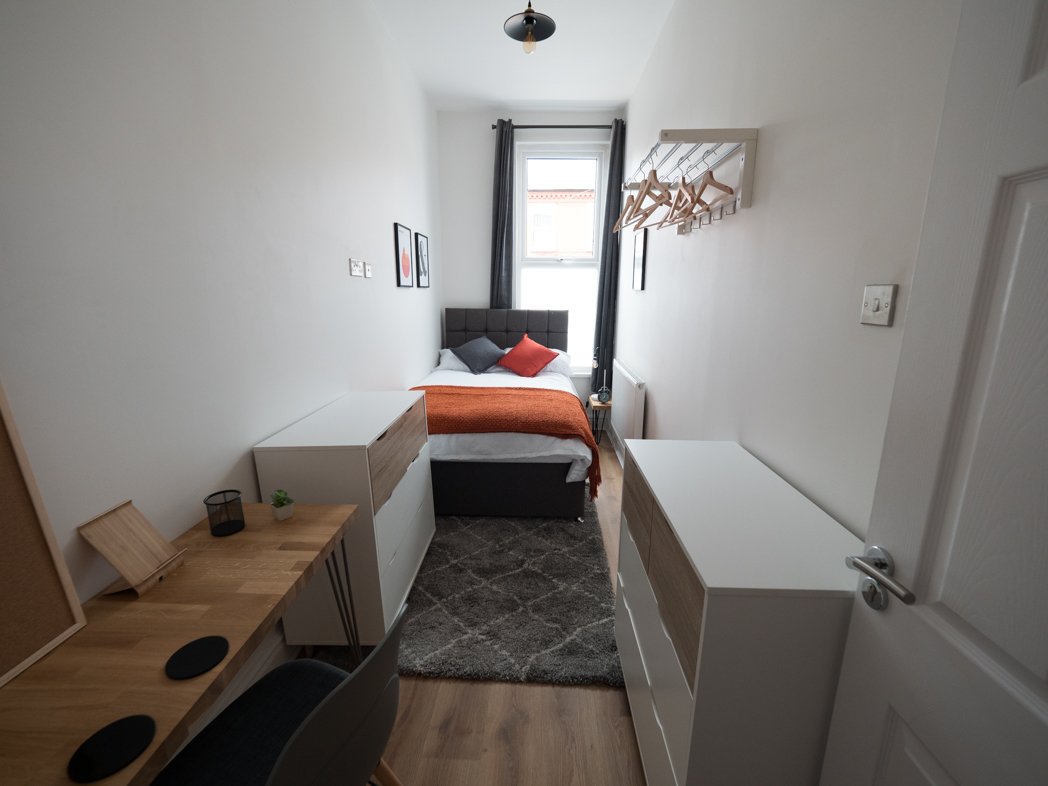 The house was repainted head to toe and all the electrics were replaced. The fire alarm system was overhauled and new flooring was installed throughout. The house was also fully decorated.

Keith says he picked up 70% of the interior furnishings from Loft Interiors, in particular the beds, dressers, throws, cushions and artwork. An interior designer from Loft Interiors picked out the colours for the rooms with Keith. In some bedrooms, grey walls were offset with walnut flooring.

Hoping to capitalise on Liverpool’s large student population, Keith is finishing off the refurbishments of the two other four bed HMOs he picked up in Wavertree over summer. He’s also interested in looking at flips in higher value areas down south like Windsor, where he is based. 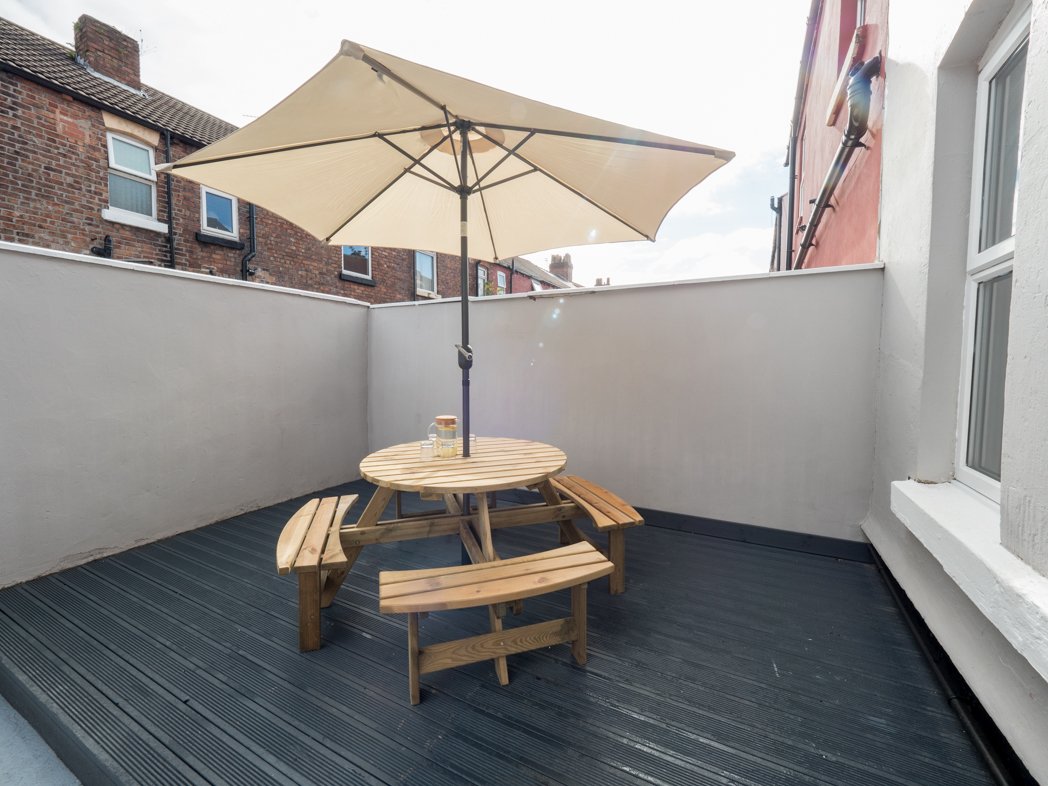 As for his next project, he has just put an offer on another nine bed HMO in Liverpool. ‘It’s a bit of tricky one,’ he laughs. ‘It had an electric substation in the garden. The price is really good. It has put off a lot of people but there are lenders who will lend on it [still]. If I get it at the right price I’ll buy that one.’

oregandevelopments@gmail.com – email Keith for more information about his projects