Transforming unloved bedsits into a beautiful, in demand student HMO in Lancaster

On our recent podcast, Tom and Philippa Charrier of FAT Properties talked about raising the bar for student accommodation in the historic university town of Lancaster. What they didn’t speak about was the step by step process of setting up one of their sought-after HMOs in practice. From location, to renovation, to costs, here’s how they transformed a property Tom describes as ‘something out of Trainspotting’ into a beautiful in in demand 6 bed HMO.

When seeking out buildings to convert into HMOs, Tom and Philippa look out for quality, space and safety. This property ticked all three boxes. ‘It’s a very large house, deep and long so all the rooms are a great size,’ Philippa says. ‘Very spacious, well proportioned, light and airy.’ Additionally, it was ideally located: only a three minute walk away from the railway station, five minutes from the city centre and by a park and shops.

You might wonder why it hadn’t already been snapped up…

Despite the property itself being ideal, its condition left a lot to be desired. ‘It was a HMO: 7 bedsits, each with their own coin operated electricity meter, water heater and kitchenette,’ Tom says. The kitchenette consisted of a wall-mounted water heater, a sink and work surface. ‘It was like something out of Trainspotting,’ he adds ‘Really awful. The doors had damage from being kicked in. It hadn’t been decorated. It didn’t have central heating.’ 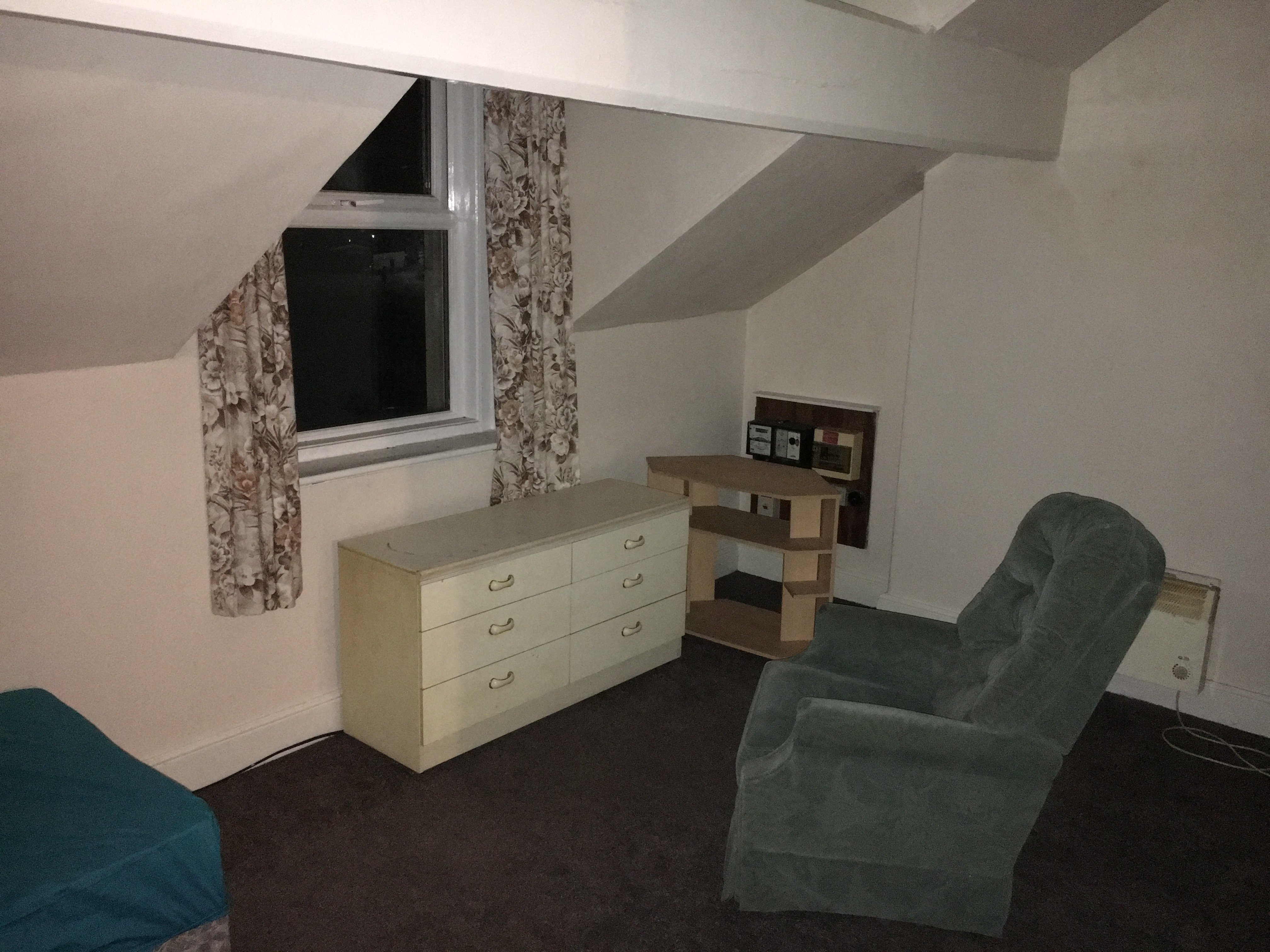 Nevertheless, Tom and Philippa could see it had potential and snapped up the house the day after viewing it.

Tom and Philippa initially planned to convert the 7 grimy bedsits into a high quality 6 bedroom HMO with multiple shared bathrooms. However, after speaking to Lancaster University Homes – the university’s housing approval service – they adapted their initial plan.

‘They told us they were getting a lot of requests for en-suites. So we decided to up the spec and go en-suite,’ Philippa says. The final design was a 6 bedroom HMO with four en-suites and one shared bathroom.

Structurally, the biggest change they made was demolishing the wall between what was then a corridor between the front hall and kitchen, but is now the lounge. The result was to turn two separate rooms into an open plan kitchen-diner, creating a more spacious atmosphere.

‘We gutted everything back to brick and started afresh,’ Tom says. ‘The kitchen bizarrely had a toilet and shower cubicle in it and a huge chimney breast which took up a lot of space. We removed all this to create a large kitchen diner.’ 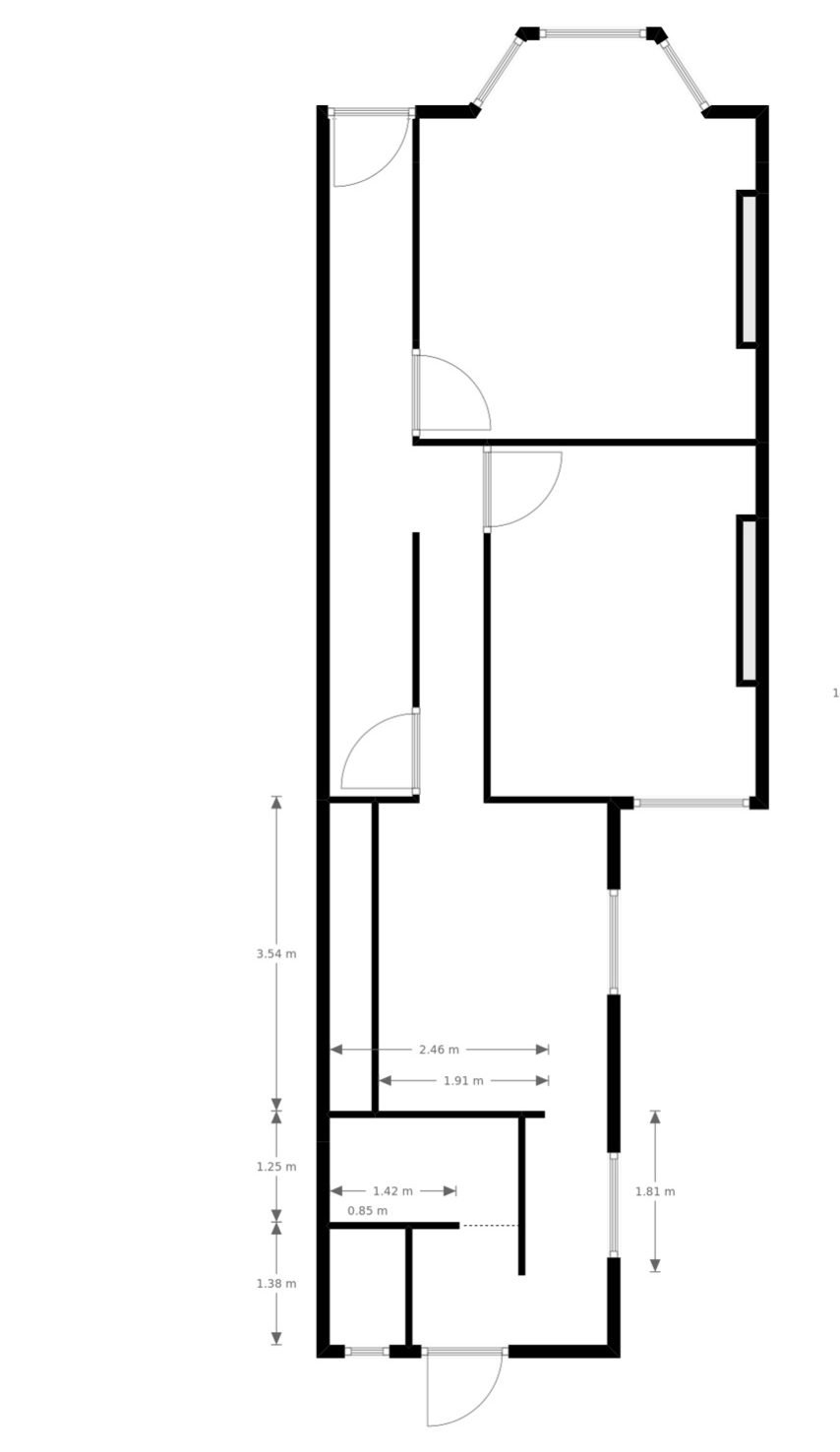 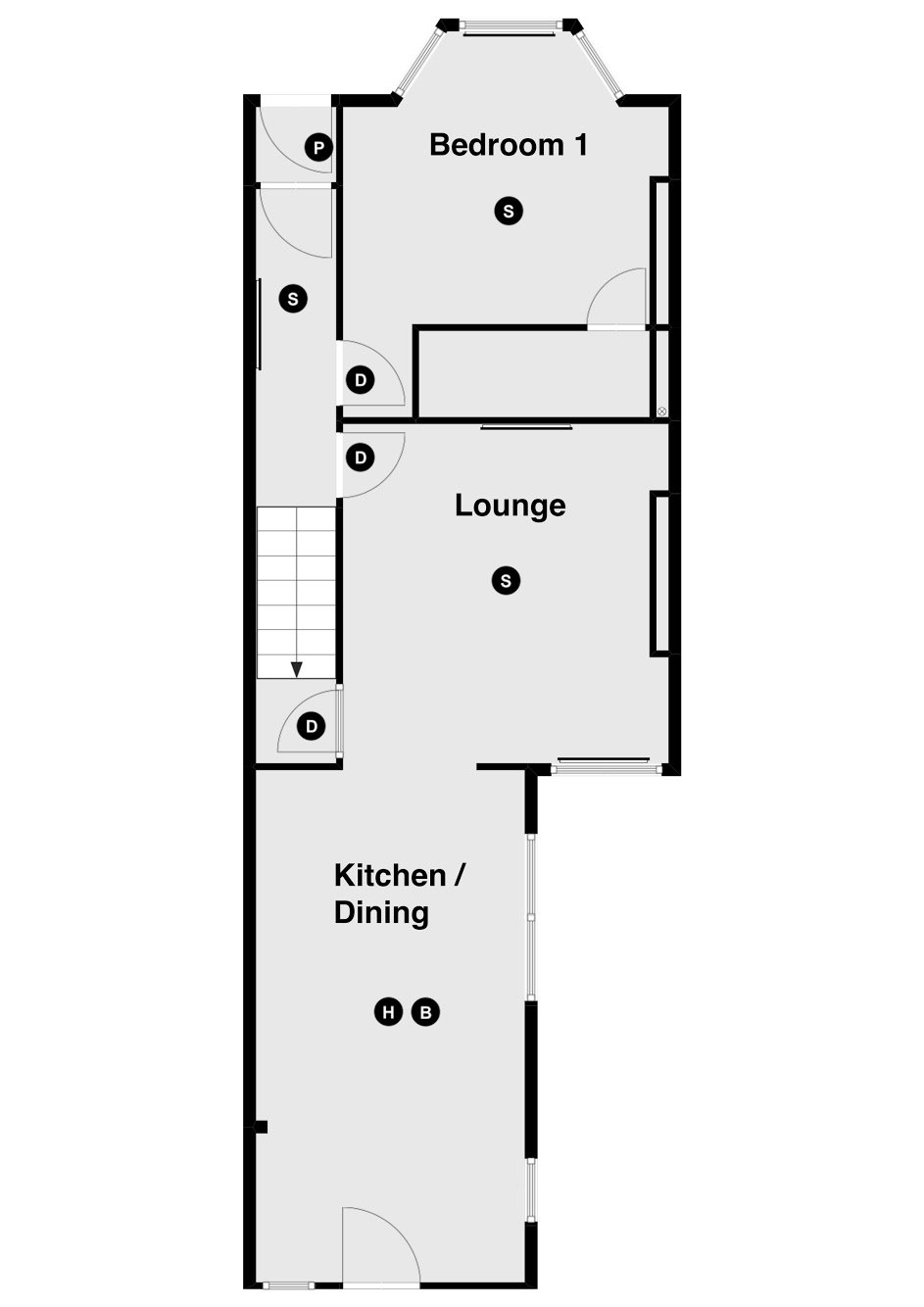 Additionally, they installed central heating, rewired the house and replaced some of the windows, as well as adding the en-suites and replacing the kitchen. They also repaired the chimney. ‘It had bushes growing out of it and most of the pointing had come out and been replaced with silicone,’ Philippa says. ‘We had to remove and repair it.’

When creating HMOs, Tom and Philippa follow three core principles: excellent design, great customer service and fostering a sense of community. ‘These are – in our opinion – the essential aspects of creating quality student living,’ Tom says. ‘It’s going beyond the pure bricks and mortar and considering the whole experience.’

He advises keeping the design of bedrooms clean and simple so that students can decorate them. ‘Students want to personalise their bedrooms so keep things simple and let them [personalise them],’ he says. ‘In the communal areas, kitchen, diner, lounge and hallways, have more fun and create some character. Be bolder in these areas.’

Philippa describes the interiors of this property as ‘clean and contemporary with a splash of raw materials and colour to create unique character.’ Moduleo flooring was used for the downstairs communal areas, whilst the bathroom tiles were picked up from B&Q. The sofas were from made.com, whilst other furnishings were bought from Ikea and Wayfair. A few decorative features were obtained from local suppliers, such as the hanging plant pot holders.

Even seasoned investors like Tom and Philippa aren’t immune to encountering difficulties during projects. After their main contractor lined up to do the works on the property pulled out at the last minute, they were forced to manage all the trades themselves. ‘We have good trades so finding them wasn’t a problem,’ says Tom. ‘But obviously it’s a lot more time intensive.’

For Tom and Philippa it was still worth it. And the best thing about the project in the end? ‘The feedback from the tenants who live there,’ says Tom. ‘They love it.’

fatproperties.co.uk – for more information about their properties and projects.