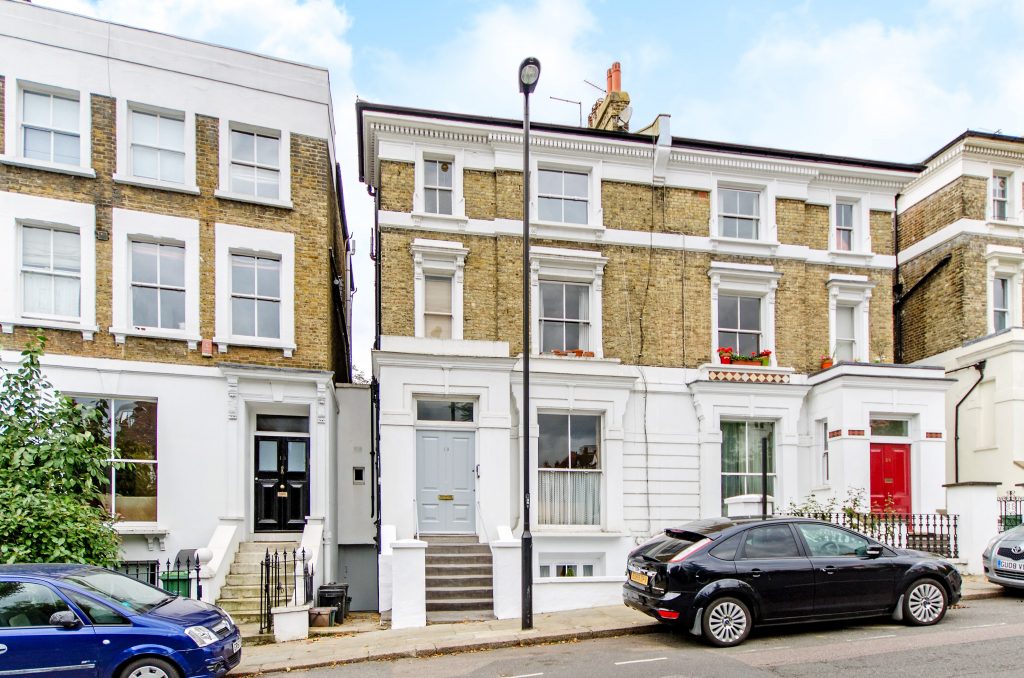 After seeing an advert for a rundown basement flat in Highgate just up the road from her, Penny Belcher rang up the agent and had viewed the property within the hour. By the end of the same day she had had her offer on the flat accepted. ‘I could see the potential in it straight away,’ she says. ‘It’s quite rare to see an unmodernised flat in the area, especially at that price, so we snapped it up.’

A big leap some might say for someone who says they ‘kind of fell into property.’ But then again Penny’s career trajectory has never followed convention. After qualifying as a solicitor 10 years ago she took a sabbatical and landed a job on a superyacht in the mediterranean. ‘The plan was to take 6 months out, but somewhere along the line 4 years passed’ says Penny. ‘I absolutely fell in love with the lifestyle: being at sea and the travel.’

When she eventually returned to London, Penny knew she didn’t want to return to law but wasn’t sure about her next steps. She had a short and ‘unfulfilling’ stint as a private PA and then sold her flat. With what she describes as a ‘light cosmetic refurb,’

From one bedroom to two

Penny managed to snap up the one bedroom flat on 4th April 2016, a day before the stamp duty changes came in. The basement flat is in a four-storey townhouse in Highgate West Hill, a short walk from Hampstead Heath. It had a patio and a small garden, but Penny admits that ‘it was in a bit of a sorry state with extensive damp.’ She describes the kitchen and bathroom as ‘tatty. 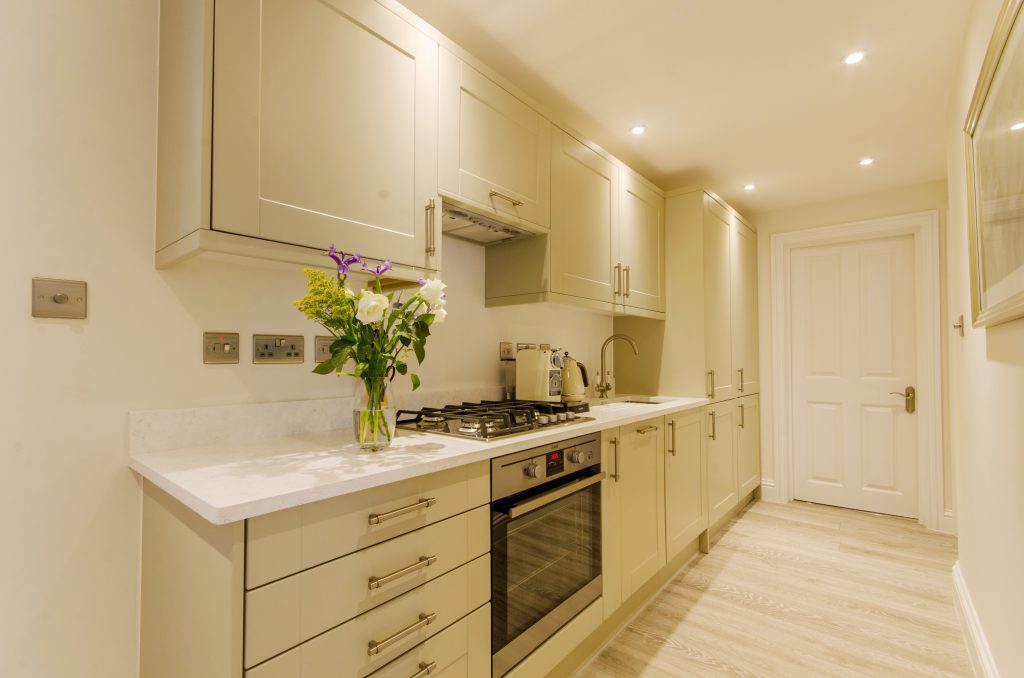 Her plan was to rejig the floorplan and add a second bedroom. ‘It sounds a bit random but we put the kitchen in the hallway,’ she says. ‘It had two large built in cupboards which we knocked out and created a large usable space.

‘By being a bit creative with the space, we were able to add another bedroom by turning the kitchen into the second bedroom.’

After meeting lots of builders and getting quotes, Penny and her mother got to work on the property at the beginning of June.

Heavy damp throughout the property forced Penny to strip it back to the brick and put in a damp-proof course. ‘The flat was completely gutted so it allowed us to pretty much start again,’ she says.

‘The large cupboards that we knocked out in the hallway were load bearing walls so we got a structural engineer in and installed RSJ’s. All the windows needed replacing. We had to do a full rewire, put in a new boiler, rads and all the floors needed screeding as they were really uneven.

‘The whole flat was then re-plastered, rewired and revamped.’

Midway through hacking plaster off the walls, a part of the wall collapsed between the old kitchen and the bedroom. Undeterred, Penny saw an opportunity to make the second bedroom bigger by building a new stud wall. ‘The master bedroom was large enough to afford to lose a few feet so it worked really well in the end,’ she says. ‘And we were able to create two double bedrooms.’

Penny describes the exterior of the property as ‘tired,’ when she acquired it. She laid a new slate patio at the front of the property and refreshed the masonry outside the building. ‘We also offered to paint the neighbour’s front door to increase the curb appeal and give the building a frontage a fresher look.’

Five months later at the end of October, the works were finished. Penny admits it took ‘longer’ than she anticipated because of various things which cropped up along the way.

Initially, Penny and her mother intended to hold on to the flat and let it out. However, after having a valuation on the property they changed their mind. ‘We decided that the market was good and we had made a great return so decided to sell,’ says Penny. ‘We received an offer in December 2016 and it finally completed in March 2017.’

Penny’s love of period features meant she strived to ensure furnishings were in keeping with the period property. She installed cornices, new fireplaces and had bespoke bookshelves made. ‘I’ve bought a whole collection of clothbound books which my friends massively rib me for,’ she says. ‘But they look great when dressing a property, making it feel lived in and homely.’

She picked up the kitchen from Magnet and the bathroom from Bathstore. Tragically, lots of furniture Penny had gathered over time was burnt to pieces last year after a fire at a storage unit. However, she’s looking forward to hunting down new pieces for her future projects.

More conversions in the pipeline

Penny and her mother are currently in the process of buying two properties in London. The first is a house in East Finchley that they plan to convert into two flats. ‘We’re going to do a wrap-around extension at the rear of the property and a loft conversion to create two 2-bedroom, 2 bathroom flats,’ explains Penny.

The second property is a flat in Highgate that hasn’t been lived in for over 45 years because the owner forgot he owned it. ‘It’s like walking back in time to the 70’s inside with retro 70’s beds & furnishings,’ says Penny. ‘I’m really looking forward to getting stuck into that one.’

Going forward Penny and her mother are looking to continue converting larger houses into flats in the London area and are keen to speak to those interested in what they’ve done.