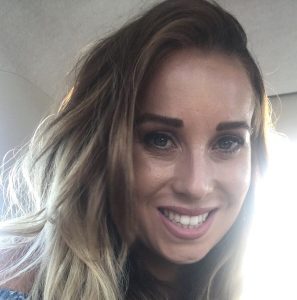 It was in the middle of a four month sabbatical travelling with her husband Tom that Grace Pybus decided to quit her job and take the leap into property developing. ‘We just decided to go for it and we gave ourselves 12 months to build my income back up,’ she says. ‘The six apartments in Moseley have already pretty much done that.’

If you’re interested in serviced accommodation, then why not check out our free SA resources including a deal analyser, styling guide and essential shopping list?

Grace found the property through a sourcer that she saw advertising online. She was initially undecided on whether to convert it into serviced accommodation or residential lots, but after viewing the house realised it was ideal for the former. ‘You could take on a single unit, but we wanted more,’ Grace recalls.

‘We thought it would work better to have control of them all, thus being able to utilise storage cupboards in communal areas, have ownership of the driveway and the flexibility to host large groups etc.’

Whilst it was her first foray into serviced accommodation for her own portfolio, Grace already had considerable property experience. Not only did she have 7 years in the estate industry behind her, she had also previously specialised in the management of students HMOs – at one point managing over 1200 rooms – and also helped launch a number of serviced accommodation around the Midlands for her former boss. ‘We’ve always wanted a varied portfolio,’ she says. 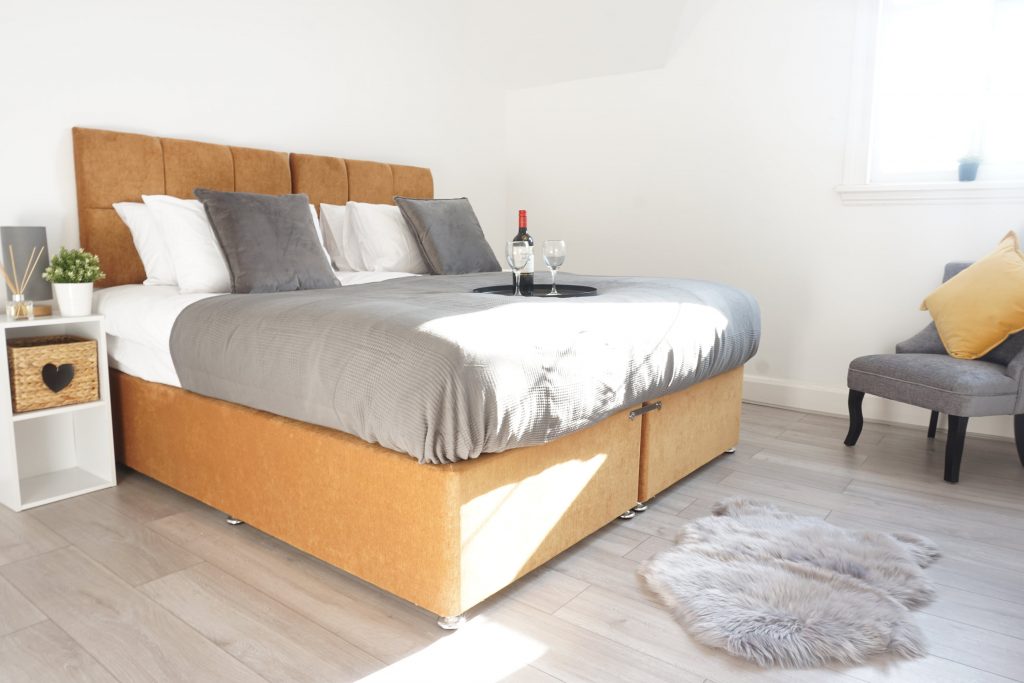 ‘Moseley is a really popular village in Birmingham. It has so many restaurants and bars and a really quirky, urban vibe. I knew it’d work really well as serviced accommodation.

‘It’s also really close to the city centre. It’s less than 2 miles to the main attractions, so it works really well for both the tourist and contractor market.’

After building a relationship with the sourcer they found the property through, Grace discovered that he also managed serviced accommodation. The sourcer now manages the day to day running of the property. ‘[It] works really well,’ says Grace.

‘Even though I am still very much involved in the property… communication with guests and the processes behind the running of it are done for me, allowing me to look for other projects.’

Grace picked up the main pieces of furniture such as the beds, sofas, dining tables and chairs from Sublime Furnishings. She says she ‘shopped around’ for additional items, listing IKEA, Wilko and even supermarkets such as Tesco as useful sources for smaller things.

When Grace came across the property in May, the owner was midway through refurbishing it. ‘He basically went back to brick, full rewire, everything,’ says Grace. ‘We were really lucky that we got involved during the refurb stage and therefore didn’t actually have to do much at all.’

Landing on the property mid-refurb also allowed Grace to have input on the finish of the villa. ‘He [the owner] was going to get a different flooring put down, but we requested it be changed to a nicer grey laminate which he agreed to,’ says Grace.

Most of the apartments in the house are airy and light, with high ceilings and large bay windows. Grace added splashes of bold colour to these flats to maintain their brightness and help them stand out on OTAs. She opted for extra large beds and headboards in bold hues, with standout furnishing like throws and cushions in feature colours such as ochre and blue.

‘We have two flats which are a bit different,’ says Grace. One is in the loft and one in the extension out the back. ‘They lose the high ceilings and large windows, but in place of these are other quirky features.’

‘I went with the vibe from these apartments and decided to go with a more industrial feel with the furniture. […] I used a beautiful blue colour for the headboards and accessories to keep with the dark vibes. I absolutely love these ones! I really like going with how a room feels and working with it.’

Grace has six of the seven apartments in the Moseley property on a rent-to-rent basis. The other flat is occupied by one long standing tenant, who Grace describes as ‘lovely… like our own personal caretaker.’

She prefers taking on bigger blocks rather than individual apartments because of the greater control it affords. ‘We added an electronic smart lock on the front door,’ she says. ‘If you didn’t have them all and only had one of the apartments, then you can’t really mess with communal locks and have limited choice on what else you can do.’

Running almost all the block also allowed Grace to make small changes to convenience her guests. ‘We had a cupboard changed into a private cupboard that we could store linen, biscuits, tea and coffee in,’ she says. ‘We also added a utility cupboard on the top floor so that we could add washing machines for the guests to use.’

Additionally, Grace installed CCTV cameras in all of the communal areas, a move which she says guests appreciated for the security. ‘They know it’s being monitored. From our point of view, we can make sure that if somebody suddenly has ten people come and they’ve only booked for two people, we’re aware and it can be swiftly resolved.’

She uses Ring CCTV cameras, which can be connected to the internet. They allow her to view the cameras’ footage from her phone or laptop and speak through the cameras via the app. ‘They’ve been really helpful so far,’ Grace adds.

Don’t be afraid to ask for extras

Having managed to secure herself a two week rent free period once the owner’s refurbishment of the property was finished, Grace had a big incentive to get the apartments ready as soon as possible. The challenge was to furnish, clean, repair, stage and photograph five of the apartments in a fortnight, whilst the sixth – a garden flat – was temporarily used for storage. ‘It was a tall order getting them done… [but] we managed to do it.’

As well as the initial two week rent amnesty, Grace also managed to get the deposit scrapped, fridge-freezers installed in every flat and three washer-dryers thrown in for the utility room. ‘I think the moral of the story is to not be afraid to ask,’ says Grace. ‘These were extra things that would have cost us quite a bit to supply. You are doing a business deal.

‘You must remember you are offering a deal that is good for both parties; its not just one sided. A massive benefit to the owners is the no void periods for the duration of the term, and with the property being in Birmingham – an almost guaranteed capital growth – without having to think about it for the 5 year period.

Asking for extras in the deal to help maintain a fair and long-term relationship that suits all is acceptable!’

‘We have really enjoyed the whole process of this serviced accommodation,’ says Grace. She is now looking to copy and paste the method she used on Moseley Villa Apartments to other projects.

‘We made sure we kept track of everything,’ she adds. ‘We know where we bought everything from, all costings and what we’ll be doing differently next time.’

Both Grace and her husband Tom being from Birmingham, they say they’d ideally like to keep things local. ‘I’ve always worked in Birmingham,’ she says.

‘I know the property marketreally well.’ However, they’re also happy to look at projects around the Midlands and encourage people to get in touch if they have a deal.

Whatever the future holds, their next project might be more local than they could have ever imagined. Grace has recently been approached about taking on a property on the same road as Moseley Villa Apartments. ‘It’s very early days,’ she cautions, but by her own admission, ‘[it] would be brilliant.

facebook.com/homewithgraceblog – keep up to date with Grace’s property adventure on Facebook.

If you’re interested in serviced accommodation, then why not check out our free SA resources including a deal analyser, styling guide and essential shopping list?