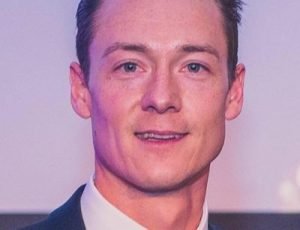 Last time we spoke to Dale Smith, he was on the brink of leaving his successful corporate job and taking the plunge into the property world full-time. We caught back up with him at one of his holiday lets, a stunning three bed cottage overlooking the North East coast. We discussed his recent projects, driving occupancy rates and the importance of marketing in running a successful serviced accommodation business.

Land Insight is without doubt our favourite tool for helping us find and analyse potential land and development deals. It has a range of layers to show information including, planning history, ownership boundaries and comparables for specific plots or entire areas. Get an extended free trial and a personal walk-through from the Land Insight team if you sign up here.

It has been a busy twelve months for Dale Smith. He has completed an impressive seven projects since he left his job to focus on property investing full time last year. That’s not to say he hadn’t already earned a formidable portfolio. He had put 27 properties under his belt between 2004 and 2017, alongside his Dad who he works closely with.

After a non-stop year of working on developments, he now has his sights set on fewer but more challenging projects. ‘Now we’re cherry picking the bigger deals that might take a longer time to do,’ he explains.

‘From a cash and capital point of view it’ll be a bit more intensive but yield bigger rewards than what we would’ve done previously.’

It was the success of his stunning three-bed holiday cottage overlooking the North Yorkshire coast that spurred him on to work on more projects. The properties 85% occupancy rate across the year surpassed even his best expectations. The revenues for it are expected to surpass £50,00 by the end of this year.

It’s clear that the holiday let is a real gem, yet Dale is confident of the profitability of holiday lets more generally on the east coast. This is in part due to land values, which remain low there. For a typical two-bed apartment, he says he’d expect to get between £100-150 per night.

Making the most of marketing

He says driving occupancy rates has been key to the success of his serviced accommodation business. Dale has maintained high rates through tailoring furnishings to the different properties’ target audiences and snapping high quality photographs of the properties. He says: ‘if you’re scrolling down your iPhone and searching for a particular place to stay, the one that’s going to catch your eye is the one that looks the best as you scroll.’

This serious approach to marketing is thanks to the influence of his partner Rachel, whose background is in social media and marketing. Alongside developing properties, they’re also in the process of setting up a digital and marketing agency. Through it, they hope to assist other developers to achieve high occupancy rates.

To those hoping to start out in the holiday lets market, he says it’s essential to maintain belief in you’re objectives, especially when faced with the occasional negative comment.

‘It’s just realising that you can’t cater for absolutely everybody.If you’re doing a great job nine times out of ten, your business is going to be successful.’

PrevPrevious216: 20 Years of Sustainable Property Business Growth with Fiona Talbot
Next218: Unravelling the Myths of HMO Mortgages with Adrian MoloneyNext