096: Jonathan Stein grew his portfolio gradually over 20 years, learning as he went, before committing full time to the property world in 2013, and launching Vaboo in 2015 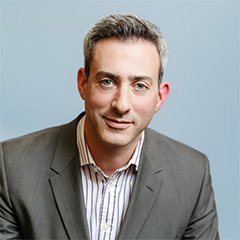 Having had an interested in property as an alternative income stream for some time, Jonathan eventually dipped his toe in the buy to let waters in 2004 with his first investment property. He was quickly hooked and successfully recycled his funds to steadily grow his portfolio to more than 20 properties.

In 2013 he decided it was time to venture into property investing full time, and has expanded his focus to encompass auction trading, refurbishments and larger development deals, among others.

Not only that, he has also been working on a new online venture for the last 2 years which finally launched at the Landlord & Letting show in London in September 2015. Vaboo.co.uk is an online portal that helps landlords and letting agents to stand out from the crowd in a busy market place by enabling them to reward tenants and add value to tenancy agreements. His mission throughout all of this is to improve the image of the private rented sector.

Jonathan has done deals in a lot of different areas – auction trading, developments, title split projects, buying ‘illegal’ properties and so on. But ultimately when he looks at any deal, he has 4 criteria that he looks at.

1) Can he sell the property on without doing anything, and make a profit?
2) If that doesn’t work, will he be able to add value through paperwork (planning permission, title splits etc)?
3) The next stage is determining that if it still doesn’t sell, can he can physically do the work to the property and sell it on?
4) And finally, if it doesn’t sell once the work is done, will he be able to refinance it and pull all of his money back out of the deal?

When he quit his day job, the original plan was for Jonathan to continue to grow his portfolio but as the market picked up and property prices rose, he realised that this approach would be a slow process. That’s when he discovered auction trading through a training course with Paul Ribbons.

Jonathan had a couple of properties in Newcastle that were causing him problems, and trying to resolve those problems whilst based in London was a bit of a time drain on him. He made the decision to sell those two properties as quickly as he could for whatever price he could get in order to free his time to focus on auction trading.

As such, he made a combined loss of £39,000 on the two, but he knew it would pay off in the long run, and actually made the money back on his first deal after selling them. It really shows the power of focus!

Property Magic: How To Buy Property Using Other People’s Time, Money And Experience

Vaboo.co.uk – Jonathan’s major project – offering great savings to make renting more rewarding for both landlords and tenants
Follow Jonathan on Facebook – Keep up to date with his latest projects and contributions to some of the most popular groups of Facebook

PrevPrevious095: Tony Rigby has been involved in the property and construction industries for over 20 years, but his investing really took off when he got serious about his future and got educated
Next097: Juswant Rai is the founder of the infamous Berkshire Property Meet, and a successful property investor in his own right focussing on professional HMOsNext