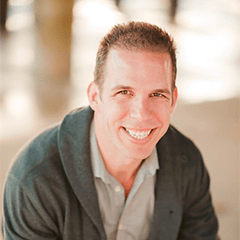 137: Justin Williams is a California based property investor who has flipped over 500 houses and relies on systems to scale his business

If you’ve been listening to the podcast for a while, you’ll probably know that a lot of my inspiration for the format came from John Lee Dumas and Entrepreneur on Fire.

What you might not know is that Justin’s podcast, House Flipping HQ was what confirmed to me that property investment could engage an audience like very few other topics could, and it was on my long commutes listening to Justin and John that I decided to launch Inside Property Investing 18 months ago.

If you haven’t come across House Flipping HQ before, it focusses primarily on investing in the USA but is well worth checking out to see the scale at which some of our cousins across the pond are operating at. It’s hosted by Justin, who himself has flipped over 500 houses and believes that the processes for building a 7 figure property business are actually pretty straightforward.

What allowed you to scale your business?

Justin went from doing just a few deals a year to doing over 100 deal per year by making only a few small changes.

His first epiphany was when he realised that he didn’t need to be the one finding deals, as long as he could create a process that would get other people to bring deals to him. This freed up a lot of his time and allowed him to spend it on the critical stuff – working on his business rather than in it!

Growing to a 7 figure business was as simple as that, and during the interview Justin goes into detail on each of these 3 elements to a property business.

Typically Justin thinks of himself as a flipper – buying houses, renovating them and selling them on.

This was a change from his early days where he was focussed more on sourcing for other investors, driven by necessity and the fact he didn’t have the funds to buy and renovate all the deals he wanted to.

Interstingly though, he’s now moving back towards an emphasis on sourcing as he recognises it’s a lot less stressful, and it’s a little more secure when there’s so much uncertainty in the market.

PrevPreviousHow much does it cost to convert an HMO?
Next138: A month of highs and lows – welcome to our August 2016 property updateNext