024: Kemi Egan raised her first JV money whilst homeless, and has never looked back since 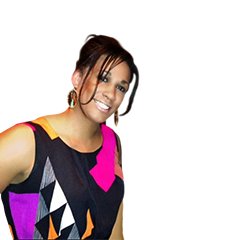 Kemi is truly an extraordinary woman, working through a very difficult upbringing to eventually achieve huge success. Along the way she lost her best friend to domestic violence, and spent a period of time homeless during which she raised her first joint venture money.

She now has a property portfolio housing almost 100 tenants and prides herself on being an ethical investor – working closely with charities in her area to house vulnerable people, and helping many of her tenants get back in to employment.

She’s also working on a number of development deals up to £4 million gross development value in the South East, she’s built an online training platform for property education with her business partner Laura, and to top it all off she’s a 35 time number 1 international best seller with her book ‘The Power of Real Estate Investing’.

Goals!: How to Get Everything You Want – Faster Than You Ever Thought Possible

Kemi’s 4th or 5th purchase was an end terrace property that she bought for £13,000 from a London based landlord. They had managed it poorly and ultimately fell out with the tenant who set fire to it. After spending the money to refurbish it, the tenant came back and set fire to it again.

Kemi bought it when it was little more than walls and a roof, and spent £20,000 bringing it back into a habitable standard. It was then valued at £60,000 giving her a huge uplift in equity and has never been empty for a day since.

The icing on the cake is that the renovation works were actually paid for by the local council under one of their regeneration schemes.

Another property that Kemi bought on the same street as her biggest success has caused her nothing but problems. She bought it well and has had good tenants, but one thing after another seems to go wrong with the building which is completely outwith her control.

As an example, she’s had 4 separate damp proof courses installed as every 18 months or so the damp seems to return regardless of how they tackle it. The frustrating thing for Kemi is there isn’t much to learn from this, as it’s just one of those things that you can’t really plan for.

On the plus side, she shares her views that having a large portfolio has been her saving grace as the other properties have been able to cover her expenses on this one, whereas if she only had a few properties this could have been enough to cause her serious financial issues.

Freedomacademies.com – Freedom Academies is Kemi’s property business (run with her business partner Laura) where you can check out their blog, videos and other resources, as well as find out about the programs they offer.
Email Kemi – Got a question or looking for some advice? Send Kemi an email.

The Power Of Real Estate Investing

PrevPrevious023: Ant Lyons places a refreshing emphasis on ‘return on effort’ rather than return on investment
Next025: Neil Ward combined his army discipline with his sales and marketing expertise to develop his property portfolioNext