As an environmental consultant specialising in contaminated land, I routinely work with property professionals involved in acquisition and development of brownfield sites. One question that I’m frequently asked is “what is the worst type of contamination?” This can depend upon a number of factors, including the proposed use of the site and the wider environmental context. However, a basic understanding of the risks associated with key types of contamination can be very useful when acquiring or redeveloping a site.

In this article, I will introduce six common sources of pollution, along with risks posed from the associated contaminants of concern. I will also discuss some ways in which the risks from these sources of contamination can be mitigated.

Heating oil (typically gas oil or kerosene) is commonly stored on residential and commercial properties across the UK, which are not connected to a gas supply. 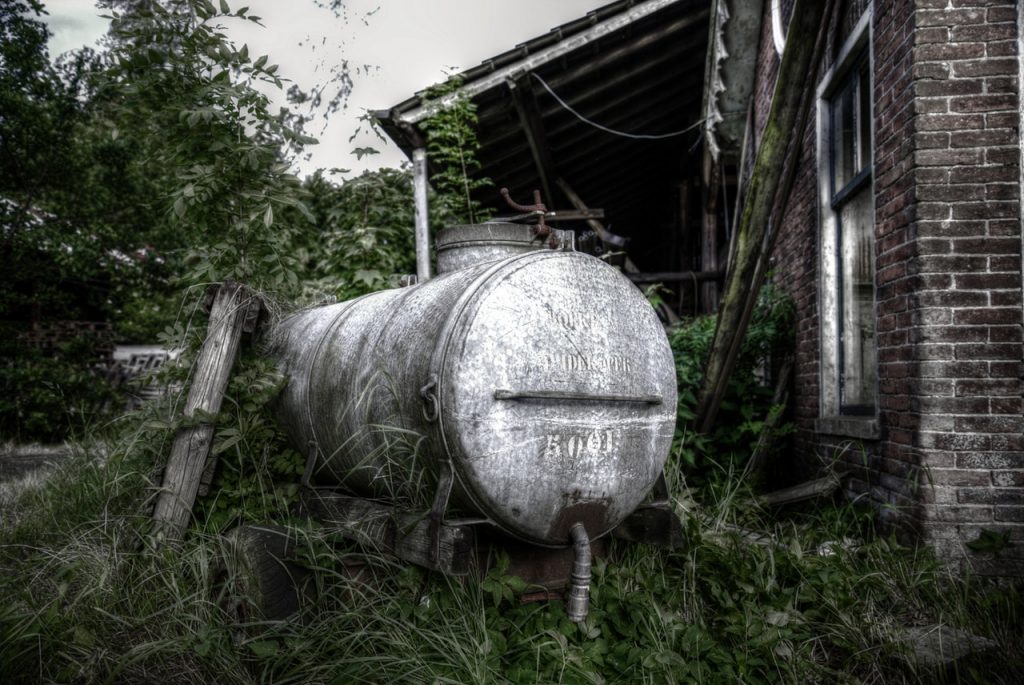 Risks – The vast majority of buildings heated in this way do not encounter spills or leaks. However, this source of hydrocarbon contamination can be costly to remediate, especially if it migrates beneath the property or gets into nearby rivers, streams or ponds. Leaks are more common from older, single skin tanks that might have corroded.

It’s not just modern petrol stations that dispense fuel from underground tanks. Vehicle repair garages, MOT stations, and car showrooms can often include underground fuel storage. Where these facilities have been closed down or demolished, the problems lurking beneath might not be obvious. 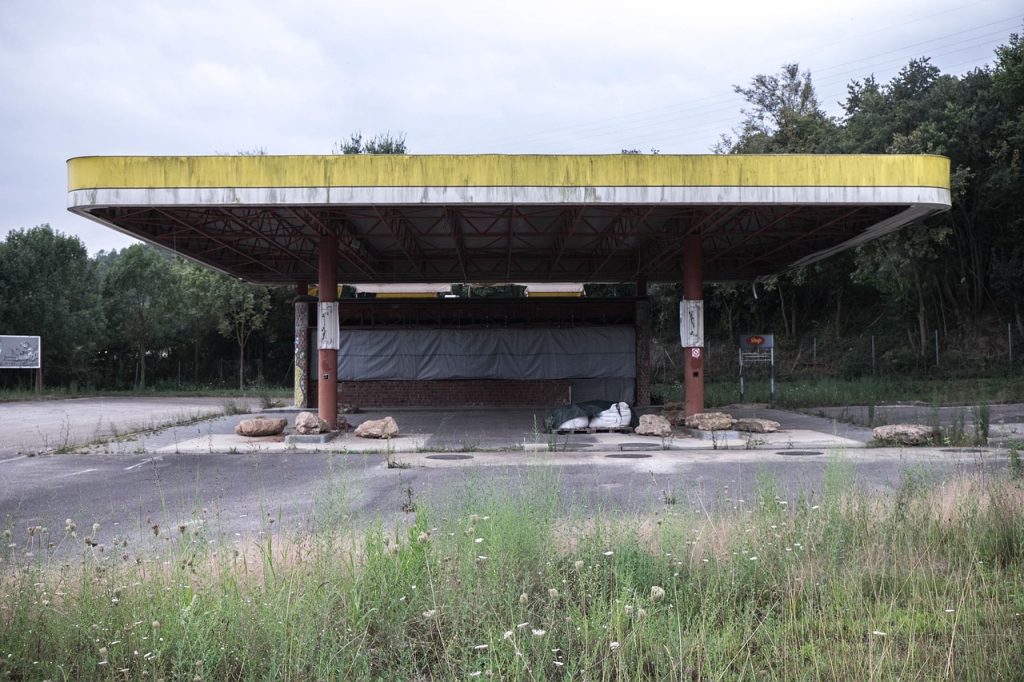 Risks – Facilities with underground fuel storage can be at risk from petrol and diesel contamination, especially if the underground tanks are old or have not been decommissioned correctly.

Mitigation – Where a new planning application is sought for a site with former fuel storage, an investigation as to the nature and extent of any contamination is likely to be requested by the local authority. However, detailed due diligence is also recommended at the acquisition stage as leakage from underground fuel storage can be very costly to remediate. The contaminated land officer at the Local Authority or petroleum licensing officer at Trading Standards can be good points of contact as they may be aware of any historical incidents associated with the site.

Household, commercial and industrial waste is sent to landfill sites across the UK, which are regulated by the Environment Agency, although areas of unlicensed landfill are also common. The decomposition of this material creates landfill gas, predominantly comprising carbon dioxide and methane. 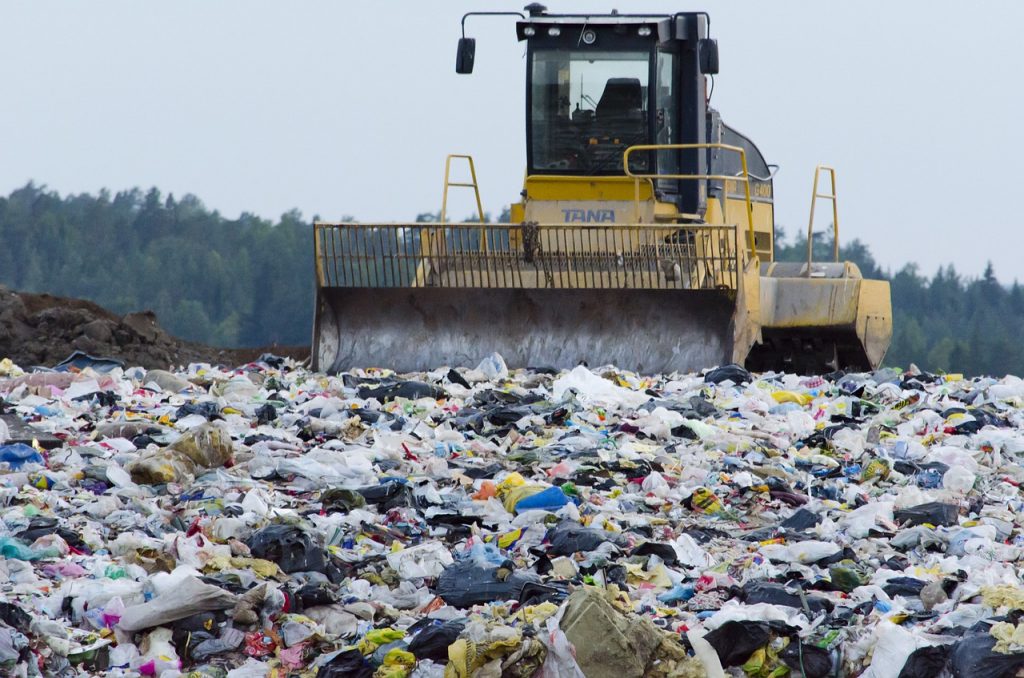 Risks – Whilst it’s rare for a site to be located directly over a former landfill, ground gas can travel significant distances, particularly within permeable geology. Accumulation of landfill gas within enclosed spaced can pose asphyxiation and explosive risks.

Mitigation – Once the presence and concentrations of landfill gas have been characterised, then protection measures can be incorporated into the floor design, proportionate to the level of risk. These can range from upgraded damp proof membranes through to active ventilation systems. Property searches undertaken at the conveyancing stage can determine if the site lies in proximity to an active or historic landfill site.

The term ‘made ground’ has a variety of definitions, depending on where you look. However, in the context of brownfield site development, it usually means any material that has been modified or reworked by human activity. When this happens, the material can often become contaminated by man-made materials such as brick and ash. 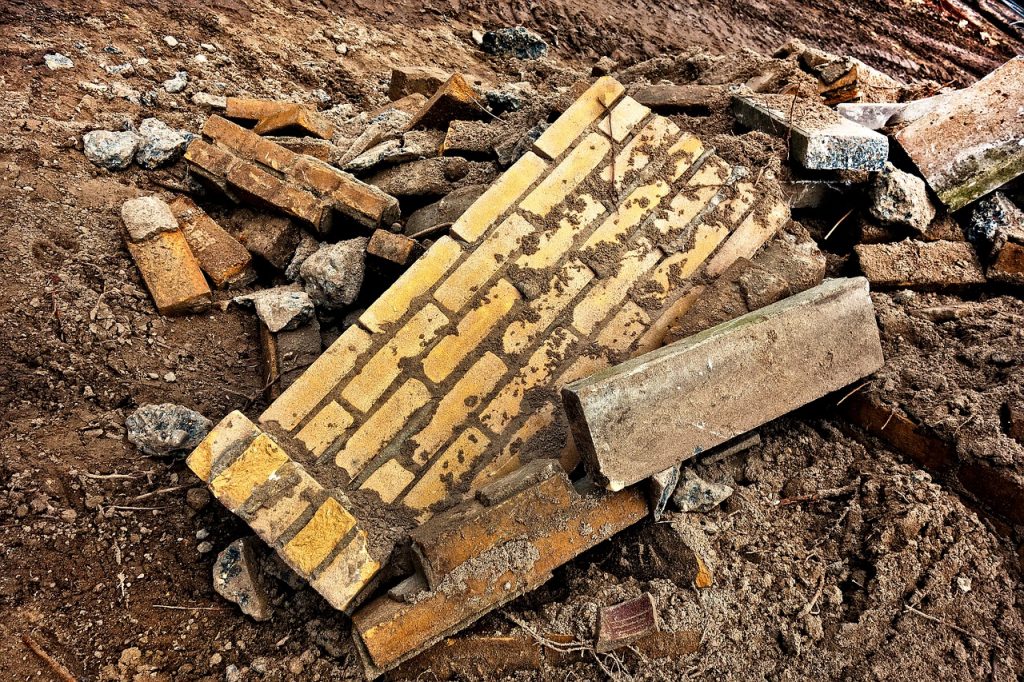 Risks – Quite often, the concentrations of associated contaminants (particularly heavy metals and polycyclic aromatic hydrocarbons) make this material unsuitable for re-use within a residential setting. This can come as a surprise to developers on sites that may not have had any obviously concerning former use. However, when any existing buildings or hardstanding is removed, the underlying made ground can cause problems.

Mitigation – Whilst made ground is very common, this source of contamination is usually quite easy to remediate. Typically, the material can either be removed or a cover system of clean imported material (usually topsoil) installed over the top.

Asbestos Containing Material (ACM) was used within buildings in the UK from the early twentieth century up until around the year 2000. When buildings containing asbestos are demolished, this material can be crushed and end up in the shallow soil. 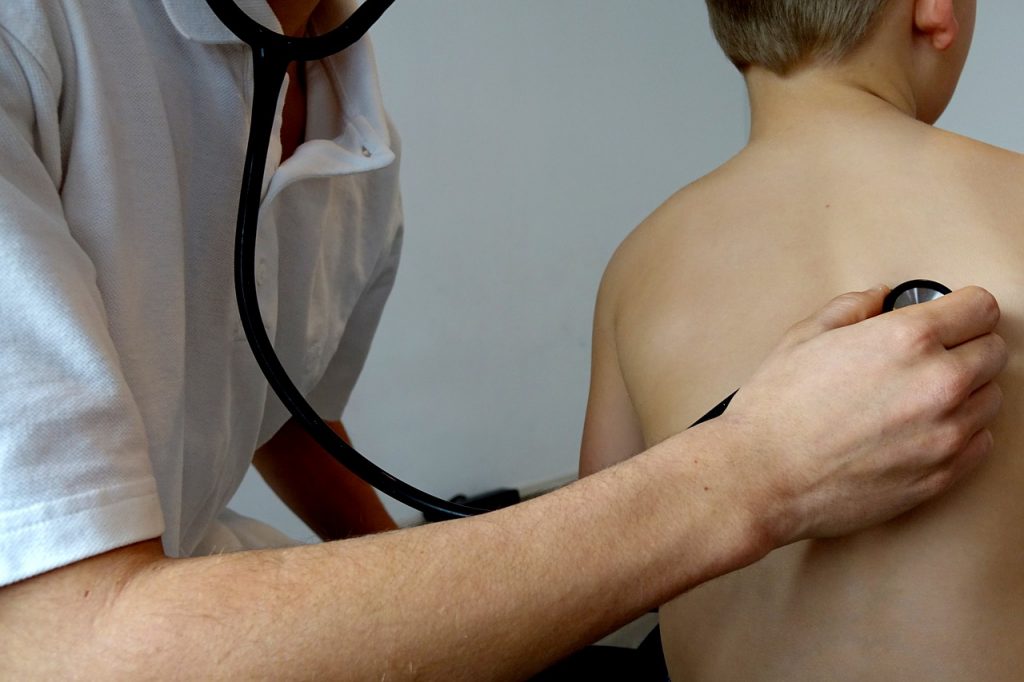 Risks – Asbestos is a carcinogen and exposure can cause mesothelioma and asbestosis, amongst other pleural disorders. ACM is commonly encountered within made ground, which can pose a risk to both construction workers and future site users, particularly if the fibres are released.

Mitigation – If buildings on site are to be demolished, then a demolition survey should be completed by a qualified surveyor. Any ACM identified should be removed by a specialist contractor prior to commencement of the demolition. If concerns remain about the impacts to shallow soil from asbestos, then this material can be sampled and submitted to a laboratory for testing.

This is a bit of a catch-all, but it is important to consider the history of a site, particularly at the acquisition stage. Vacant or undeveloped sites can often be affected by pollutants, which may have been released as a result of a former industry or process, leaving the current owner with the liability. 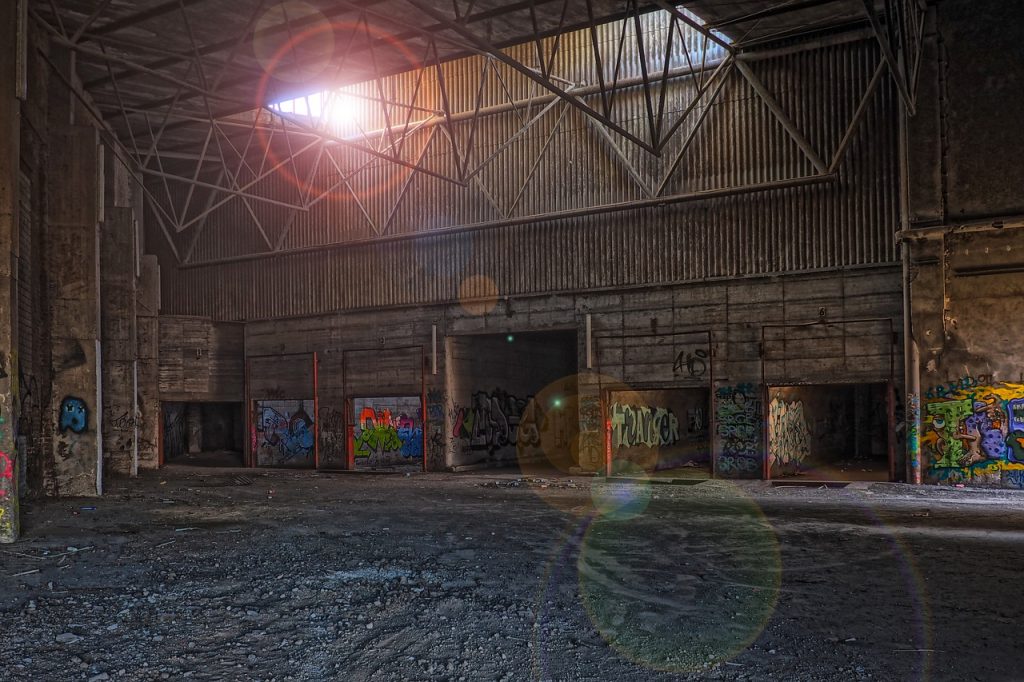 Risks – Contaminants of concern can vary depending on the nature of the historic use. Most concerning tend to be volatile organic compounds (derived from solvents or fuels), which can pass into buildings as a vapour or migrate vertically into the underlying groundwater.

Mitigation – Basic property searches, such as Landmark Envirosearch can give an indication as to whether a property is likely to be classified as ‘Contaminated Land’ under Part 2A of the Environmental Protection Act (1990). However, just because the site has not been determined as ‘Contaminated Land’, does not guarantee that it will be suitable for use within a planning context.

If a site has comprised an historic industrial use, then it’s likely that some site assessment will be required as part of the planning process. Even a basic level of site investigation such as excavation of some trial pits and collection of soil samples for laboratory analysis can provide a useful diagnosis into the condition of an area.

If you would like to learn more about the process of brownfield site assessment within the context of site acquisition and development, you might like to check out this article, which includes a handy infographic for reference.