044: Mark Beal has built a phenomenal rent-to-rent business with annual rental income of £2.5 million, with plans to grow this to £10 million by the end of 2015 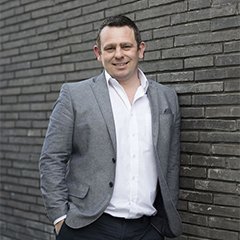 During his time as a member of the British Army, Mark served in the Falkland Islands, Kosovo, Iraq and Afghanistan among other places. This gave him a good income with little free time to spend his money, which is when he started investing in property.

After a while it got to the point where he was making more from this side line than he was in the army, and as nobody was trying to kill him in the property industry he made the decision to move into this world full time.

Since then, he has pursued many different property strategies and is now at the stage where he has developed a phenomenal rent to rent business that’s on track to hit a £10.5 million rent roll by the end of this year.

Property Investors Network is one of the best places to develop your property network and power team. With over 50 monthly meetings throughout the country, there’s sure to be one near you, and if you haven’t been before you can use Voucher Code ‘Guildhall’ to get free entry to your first PIN Meeting.

Following some problems during the recession, Mark was working to survive and decided that with his experience he could go in to managing other peoples rental properties. That business started to grow and he was approached about taking on properties for longer periods of time from tired landlords.

For a while this worked well as he was earning 2-3 times what a traditional agent was earning, and it was the start of moving over to his major focus now – Rent to Rent – which he has stuck with for the last 7 years.

During the show, Mark explains exactly what Rent to Rent means to him and how he is earning over £1,000 PCM on each of his deals.

Averaging around 20 rent to rent deals a month, Mark’s business is at the stage where standardised processes and his team of 12 people take care of most of the details, but he still remembers some specific deals that stand out as special.

The biggest property they’ve ever done was a hotel in the North East of England where they already had a client lined up that would net them £6,500 a month.

After leaving the army, Mark really believed he’d found the path to financial freedom through flipping properties. Then all of a sudden the recession hit and the property market crashed.

Overnight his entire income dried up, left with a portfolio of properties that performed poorly from a cash flow point of view yet he couldn’t sell them either.

Certain of those properties were repossessed, they almost lost their family home, and it was a real struggle to remain solvent. It has taught him the value of diversification, and to always plan for the unexpected.

The Richest Man in Babylon

Email Mark Beal – Got a question or looking for some advice? Get in touch with Mark here.
The Rent to Rent Community – Mark’s new Rent to Rent community to help advise and inspire others on their own R2R journey.

PrevPrevious043: Bethan Jenkins is a marketing expert, property investor, and founder of CrowdLords – a crowdfunding platform for property investors
Next046: Lee Stewart had no background nor interest in property, but replaced his income in 6 months through rent-to-rent deals in PeterboroughNext