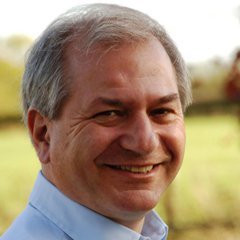 167: Martin Davies turned down his father’s offer to get into property investing almost 25 years ago, but couldn’t say no when his son asked him the same question more recently

Today I am delighted to be joined by Martin Davies, who has been running his property business for the past 5 years.

He has a buy to let portfolio in South Wales as well as a couple of ongoing development projects in Scotland.

He started his career as a salesman and manager of salesmen for IBM where he spent 25 years before starting a business networking organisation, but now spends his time on his buy to let business with his son Rupert, managing his development deals, and mentoring and training other property investors, where one of his specialist subjects is Attracting Property Investment, something he excels in having previously raised over a million pounds in a single year.

A few years ago, after spending his time buying and renovating single lets, he came to a point where he’d run out of money. That drove him to look at projects which would generate cash and although this started with smaller flip deals around South Wales, the progress was too slow for Martin so he started exploring other options and came across the idea of light industrial units.

About 2 and a half years ago, Martin got his first experience with planning gain. He came across a small chapel north of Swansea. It was on the market for £40,000 and he was able to purchase it for £25,000. There were a few options for the site but they decided upon a scheme to create a single 3/4 bedroom family home.

The planning process was pretty straightforward, in part due to using a local architect who had good relations with the council. The total costs to get to planning approval were £4,000 and the cost of building would have been £60,000-£70,000, with an end value of around £180,000.

Whilst this is certainly a healthy profit for most people, it was 2 hours away from Martin so managing it would have been difficult, not just in terms of time but also finding new tradesmen and having to work the site through winter.

Instead, they decided to sell it as a development site with planning for £68,000. This gave Martin a profit of £39,000 for a few months of work with minimal hassle (excluding a rather costly bat survey) – 50% of what he would have made had he spent a further 12 months or so doing the actual build and dealing with all of the problems that could have thrown up.

Email Martin Davies – Got a question or looking for some advice? Get in touch with them here.