088: Matthew Siddell is a well educated, highly experienced entrepreneur who foresaw the inevitable decline of his previous business and made the switch to property with precision timing 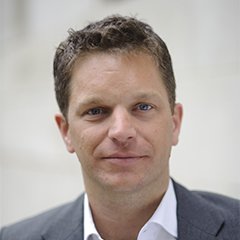 Since then Opulen has built an HMO portfolio in Reading and completed several refurbishments of multi-million pound homes in London.

Matthew is the host of PPN Knightsbridge and sources off market deals for his investors. He is also hiring site managers and project managers to grow Opulen’s project management arm.

Matthew is happy with the income he’s getting from his HMO portfolio, so is in the process of refinancing them as a way to further increase his profits. He’s got a good manager running them well and keeping the housemates happy, so they take up very little of his time.

PPN Knightsbridge is a big passion of his as well, but with speakers lined up well into next year, again it doesn’t take much of his time.

What is keeping him busy is growing the project management side of his business, finding the right people to join his team, and sourcing future deals in and around London.

Matthew bought a number of flats in the credit crunch and tripled his money in 2 years with very little effort, which he’s obviously very pleased with.

However one of his biggest successes came from finding a JV partner before he even knew what strategy he was going to focus on. Throughout 2012 and 2013, they started building a professional HMO portfolio in Reading. Just as they were finishing that portfolio, the Reading market began to take off, the Crossrail extension was announced, and within 18 months the portfolio had increased 20%!

The second and third HMOs Matthew did were an attempt at improving upon the first one he did (very successfully), and these ones didn’t work out as well as he’d hoped. Thankfully he had a lot more in the pipeline, and the next few returned to success as he went back to what had worked with the first one rather than trying to change what wasn’t broken.

How to Win Friends and Influence People

PrevPrevious087: Kriss Akabusi dominated the world athletic scene during the 80s and 90s, and has now turned his attention to property investing with the help of Platinum Property Partners
Next090: Dan Norman has a passion for transforming property that is dirty, derelict or disused into amazing homes and accommodation for homeless peopleNext