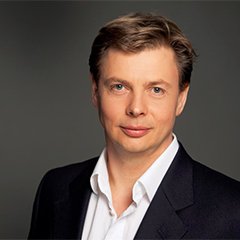 134: Mike Frisby returns to talk us through how he added over 100 HMO rooms to his portfolio in the first 6 months of 2016

This is Mike’s second appearance on the Inside Property Investing podcast, after he joined us in September last year on episode 82 where he went into detail on the specifics of his 10 year property investing journey.

During that interview we spoke about how he got started, what strategies he was focussing on, and the details of some of his favourite deals. Since then he’s been very busy, and as soon as I heard about his 100 room HMO challenge for 2016 I knew I had to get him back on.

What is the 100 Room Challenge?

At the start of 2016, Mike set himself the challenge of acquiring 100 HMO rooms within 12 months. He specifically wanted to buy these properties, despite being a well known rent-to-rent expert, as he felt that in the current market it was a good time to be buying property.

He was also thinking more and more about long term wealth and getting rich slowly, and obviously owning property is a much better way to achieve this than simply controlling it. The challenge wasn’t just a financial decision though – he wanted to set himself something that would really push him to the limit of his abilities and to do something that most people might struggle with.

These massive goals help keep Mike motivated, and I think it’s fair to say that this was a pretty massive goal!

Is the HMO market here to stay?

Buying such a vast number of rooms for his own portfolio in such a short space of time might seem risky if you believe the HMO market is heading towards saturation. Mike doesn’t seem to hold these concerns though, and it was great to get his opinion on the current HMO market.

Long term he sees HMOs continuing to play a huge part in meeting increasing demand for housing. Not only this, but he’s staying ahead of the competition by constantly raising the standards for his rooms, so even if the market does slow down he knows that his rooms will always be in high demand.

How can you acquire 100 rooms in only 6 months?

It wouldn’t be called a challenge if it wasn’t challenging, but just how was Mike able to increase his portfolio so significantly?

It comes down to two things – systems and scale.

From a systems point of view, Mike has been investing in HMOs in his area for a long time and as such has very well developed processes for everything from sourcing and raising finance to working with builders and architects. These processes, along with a great team that he can rely on, allowed him to take care of the implementation side of things.

He then made life a little easier for himself by focussing on scale. Rather than trying to buy 20 properties to convert into 5 bedroom HMOs, he targetted larger properties that would allow him to reach his goal quicker.

The largest property he bought has been transformed into a 22 bedroom HMO, taking him almost a quarter of the way towards his goal in a single step! Not only has this approach reduced the number of properties he needed to buy, but it also reduced his competition when buying as the market is always quieter for larger properties, with fewer prospective buyers able to see the potential and able to structure such impressive deals.

*****
During the rest of the interview, Mike covers a range of HMO relevant information including details of some specific projects, how to value HMOs, his profit expectations for HMOs, common mistakes investors make, planning and licensing, and a whole lot more.
*****

MikeFrisby.co.uk – Check out Mike’s website for all the details on his own investing, his upcoming events, and his coaching and mentoring programmes.
Email Mike Frisby – Got a question or looking for some advice? Get in touch with Mike here.

PrevPrevious132: David Clouter has developed an extraordinary understanding of the property cycle during his 33 years as a property investor
Next135: Martin Rapley has unmatched experience when it comes to running successful property development projectsNext