025: Neil Ward combined his army discipline with his sales and marketing expertise to develop his property portfolio 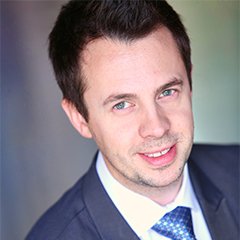 Neil started his career in the british army, but achieved huge success with his dating seminar business that he launched during his last 2 years of service. The business trained over 5,000 men globally, and he became the authority figure on mens dating advice, as well as authoring 2 best selling books on the subject.

At 27, he made the switch to marketing consultancy and worked with many big brands in the USA. A year later he forged a successful career in direct sales, before becoming a top sales trainer and again became an industry leading figure.

When he turned 29, he attended a rent to rent training course and decided this was the property strategy for him. He now has £15,000 cashflow per month from this strategy alone, and is sourcing over a dozen deals per month.

Neil’s 3rd or 4th rent to rent deal last year involved trying to negotiate with a landlord who was so strict that Neil thought there was no chance of ever getting to an agreement as things kept going back and forwards.

Finally the landlord agreed to do the deal and followed it up by sayin ‘as long as this one goes well, you can have the rest as well’. Completely out of the blue, the landlord indicated that he had around 35 other properties that he was going to give to Neil on a rent to rent basis as well!

Whilst changing the boiler in the kitchen of one of his rent to rent properties, the plumber’s blow torch set fire to the tissue paper that had been used to pad the kitchen walls around 40 years ago. The whole kitchen went up in flames, and when they grabbed the fire extinguisher, it had no pressure!

Luckily the fire brigade were there within minutes and got the fire put out, and Neil and his team were able to strip out the kitchen and rebuild it all within 3 and a half days.

As well as teaching him to put checks in place for things like fire extinguishers, it also showed him the power of having a strong team around him as there was no way he could have got it turned around so quickly over a weekend without the trades he had developed good relationships with.

Arshellahi.com/events – Find out what events Neil will be hosting over the coming months

PrevPrevious024: Kemi Egan raised her first JV money whilst homeless, and has never looked back since
Next027: Wendy Whittaker-Large's tag-line 'Just like a hotel, only it's home' perfectly sums up the goals of her Best Nest HMO companyNext

Get ready for the 3-part video series!

Get ready for the 3-part video series!