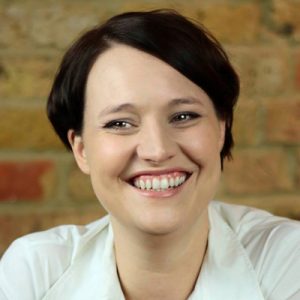 210: £150k profit on her first flip, Nellie McQuinn started her property journey with a BANG! 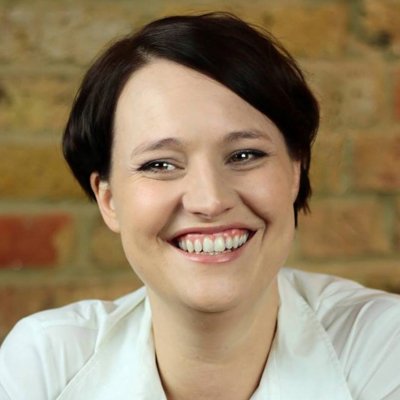 After much suspense, we finally welcome 2017’s “New Property Investor of the Year,” Nellie Mcquinn. Raised in Sydney and living in London, she’s been managing property investments for 2 years with astounding success. Simultaneously, she runs a successful media production company full time.

Humbly, she begins the interview with, “I’m not a seasoned expert, I’m just coming to it.”

Knight Knox are one of the leading UK property consultancies with a focus on sourcing, developing and selling city centre residential property.

With over 80 developments launched across the UK’s top rental markets, they have a wealth of local market knowledge which they share for free through their city specific buy to let guides.  You can request your copy of these guides and get expert advice from their property consultants at knightknox.com.

Nellie moved to London 14 years ago on a gap year to explore an acting career. She met her business partner, Nick, and they set up a media production company called ‘Grassroots media’ when she was 19. Many of her family members are in the entertainment industry and Nellie started performing on TV when she was just seven years old.

Originally, the company was a way to bring about acting gigs, but she realized her true calling was in business management and producing. It was easy to transfer her skills to work on site and managing projects in the property industry.

Nellie’s Grandma was the first in her family to hit the jackpot with property investment. Back in the 50s she did joint ventures and purchased their family home on the Northshore of Sydney, Australia. The property was bought for £6,000 and its value grew exponentially. In her will, she stated that Nellie’s inheritance must go back into property – and that’s where it all began.

First, she bought a flat in Tottenham in 2014 – paid for it in cash – and lived in it with her fiancé. Knowing nothing about the property market, she chose it because the area’s prices were in a slump due to recent riots. Shortly thereafter, she caught the property bug.
“I really just liked the buying process”.

After learning more about mortgages and financial technicalities, she bought a little buy-to-let in London during 2016. The income on the flat was terrible, but the value return was fantastic.

She purchased it for £183,000 newly refurbished – but the corridor was like a horror movie. The building was run down and the paperwork non-existent. All in all, it took 10 months to actually buy the flat. After refurbishing some of the common areas, the flat was revalued at £260,000 – not too shabby for a first try.

Shortly after buying her first buy-to-let, she decided to do a flip. An owner in the same building wanted out and was willing to sell her 2 flats as soon as possible. Her only issue was finding the capital. Her mum offered to put in £30,000 for the refurbishment and they planned to do a bridge for the finance.

“I decided that I could do it”

After negotiating with a private bridging company and the property owner, the planned the refurbish over eight weeks. A £1 deposit was accepted with either party paying in £30,000 if they decided to back out. Ten days before completion, the bridging finance fell through as the company transitioned from private to a public bank. Scrambling, they contacted their network of family and friends and found someone eager to invest in property. Saved, the project was a complete success.

Nellie is an avid believer in Social media. It is only through sharing her project on her Facebook and twitter feeds that she found an investor willing to take the risk on her first flip. She’s got her sights set on an exciting future filled with small-scale commercial projects.

One thing is abundantly clear, she really enjoys the creativity of the property market. In the future, she plans to finance projects through networking and traditional methods. As a wildcard, she’s considering the possibility of crowdfunding.

Her success in property and business is based on surrounding herself with people better than her. A favourite mantra is, “find someone who does the job better than you and hire them to do it”. As a result, she only works with people who are willing to explain details and build an honest open relationship based on trust.