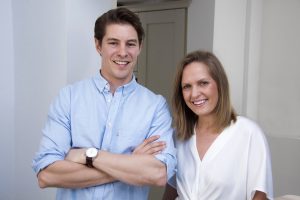 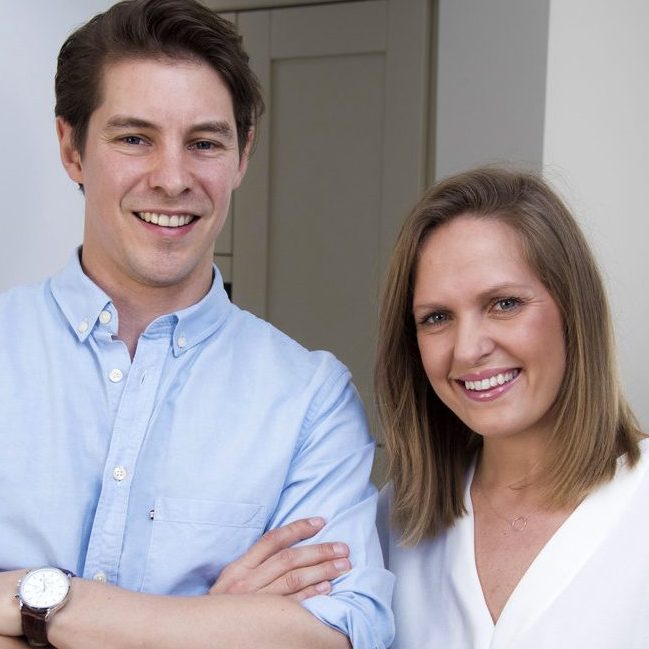 Rob Hodge and Sarah Antico are on the brink of multiple milestones. Firstly, they’re well on the way to achieving their goal of owning 10 HMOs by the end of the year, having completed an enviable 7 HMO projects so far. Secondly, they’re speaking to us on the eve of their wedding, looking forward to their self-described October ‘mini-moon.’ We chatted to them about drawing on experience from the day job, maximising space in HMOs and their unique approach to sourcing properties.

Recycling skills from the corporate world

Prior to breaking into property, Rob had 15 years experience working in design and interiors. ‘I was mainly working in London on pretty big residential developments,’ he says. His primary area of focus was planning out furniture design and layouts, which has given him an eye for detail that has come in useful when working on his own smaller scale property projects.

Having experience of creating mechanical and electrical drawings as well as using CAD, he has been able to do all the drawings for his HMO projects himself, removing the need for an architect.

Sarah’s skills from a career in the financial services industry perhaps weren’t as directly matched to property as Rob’s. Nonetheless, she has found far more crossover in the skills she uses in her corporate role and those needed in property, than she initially anticipated.

‘There has actually been quite a lot [of crossover]. Definitely the project management and organisational skills,’ she says. ‘Also dealing with lawyers, knowing how to deal with lawyers and also working with our broker for mortgages. I’ve also been a bit of a geek when it comes to deal analysing. I love crunching the numbers.’

Finding the right area to invest in

Rob and Sarah’s property journey began when they bought a flat in Brockley, south-east London, back in 2014. They were looking for something rundown that they could renovate, In the end, the property they acquired took over 9 months to revamp. ‘We reconfigured it to open it all up and it looks fantastic,’ says Rob. ‘After a couple of years, we were able to refinance it and pull a chunk of money out.’ Having successfully completed their first project, they set their sights on putting the money they had made towards growing their portfolio.

They began attending property networking events and after some deliberation settled on a strategy based on HMOs. They were ready to burst into property.

Except, they stalled. ‘In that first year we definitely had a bit of analysis paralysis and it took a while to find our feet,’ says Sarah.

‘The most difficult thing for was finding the right area,’ adds Rob. ‘We were living in London at the time and even though we’d pulled some money out of the flat it wasn’t enough for us to do anything locally.’

‘We started by deciding we didn’t want to travel further than two and a half hours away from London. We literally visited every single property investment area we could find.’

After numerous weekends and evenings spent scouting out locations within two and a half hours from London, they realised they might have to look further afield.

‘One day on a weekend we just decided to get in the car and just keep driving north until we could find an area where our HMO strategy would work,’ says Rob. ‘We ended up in Manchester and since then we’ve bought a lot of property there.’

Initially, the couple trialled a system which involved searching for rundown properties on Rightmove, visiting them, analysing the deal and making offers. They soon realised it wasn’t working. ‘It was taking so long to do the analyses afterwards that we’d just get bored of doing it and sometimes not put the offers in on the properties,’ says Rob. Meanwhile, in hot market areas properties would already be sold by the time they came to put an offer in. ‘It was just a waste of us going to them,’ he adds.

Fed up of missing out on properties, they started working with a system using a virtual assistant. Rob and Sarah give the virtual assistant search criteria such as an ROI of 25% and a quarter mile from a railway station or town centre. The virtual assistant scrapes data from Rightmove and puts together a spreadsheet, giving them the minimum and maximum offer for each property.

Since switching to the system in August 2017, Rob says identifying suitable properties has become far easier. ‘We were finding that for every 10 properties we viewed, we’d be getting one deal using this process,’ he says – a far better rate of success than they had had previously.

Two of Sarah’s and Rob’s finished 5 bedroom HMOs in Manchester have a cash flow of £1,300 each. Prioritising space and design has allowed them to achieve some of the highest rents in the area. ‘One key thing with HMOs when planning them is keeping corridors down to a minimum,’ says Rob. ‘You can’t rent corridors. Keep as much space as possible devoted to bedrooms, bathrooms and communal spaces.’

This space and design led approach has meant stripping many of their HMO conversions back to the four walls and re-imagining the layout. ‘The one we’re about to finish is a Victorian property that we literally stripped everything out of,’ says Rob. ‘We dropped every single wall in that property. The only thing that really remained was the floor between the ground floor and the first floor and one wall downstairs.

‘From a design point of view it gives us so much more scope.’

After they return from their October honeymoon, the couple aim to bag 3 more HMO projects, taking them to their target of 10 by the end of the year. They then want to switch their attention to commercial to residential conversions.

‘A long term goal for us is to have enough passive income to move to Australia,’ adds Sarah. ‘Not have to worry about jobs or work when we move there and also have the flexibility to move back to the UK if we wish.’

‘We want to have an income that we don’t have to worry about. We want a business that’s systematised and a power team who are running it for us, no matter where we are in the world.’

Get goals and get a mentor

Rob says a turning point in their property journey came when they found a mentor. ‘It was really great to have someone who had been there and done it and to have someone to guide us around our mental blocks,’ he says.

For Sarah, the accountability the mentor provided, ensured they achieved their goals. ‘Knowing that you were going to be speaking to your mentor on a weekly or monthly basis really pushes you to focus on the things you were going to do last time,’ she says.

‘You find the time to do the things that you said you were going to do because your mentor is holding you accountable to that.’

Rob and Sarah and soon looking to recruit an office administrator to help them at Maygreen Investments. They also have plenty of investment opportunities available.

@Maygreen Investments – on Instagram, for examples of their incredible HMO interiors.

www.maygreeninvestments.com – keep an eye out for the couple’s new website, which will soon be live.