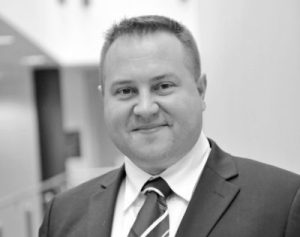 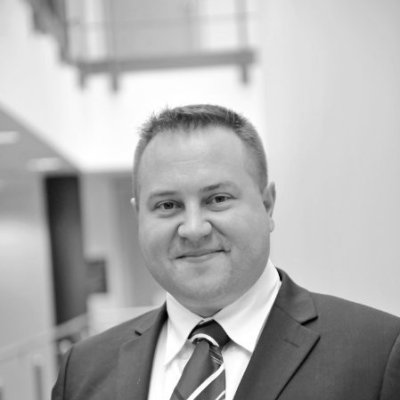 Despite boasting a portfolio that has hit 160 units this year, Adam Lawrence says that it wasn’t until 2011 that he ‘started taking property seriously.’ We asked how he grew his portfolio so fast.

Adam’s background in financial services, wealth management and entrepreneurial sports betting provided him with the essential skills to excel when he took the plunge into property. However, it hasn’t always been easy. In the early stages of his property journey he part-exchanged on a new build at market value with a partner he later split from and ended up renting it out through a corporate agent who charged him £300 to replace a washing machine drum. ‘All stuff that I would very much shake my head at, [today]’ he says.

How did he get to 160 units in so little time? With a strategy that he swears by: BBR (buy, refurbish, refinance) at below market price. 90% of his portfolio is made up of these single-lets. ‘For anyone who’s interested in getting into property… single-let[s] [are] the only place I would start really,’ says Adam.

He has no plans to stop at 160, saying that he is looking to for another 9 to add to his portfolio at present. ‘It’s going forwards,’ Adam says. ‘It’s not staying still.’

When Adam started out in 2011-12, he focused on HMOS. He says competition was weak. ‘I thought blimey I can beat this really easily. And I did.’

Then in 2016, he started to notice voids appearing for the first time in his properties. He says that in the years since then competition has exploded, with standards rapidly raising for equivalent rent. It was around this time he switched almost entirely to single-lets. ‘You’re not seeing people knock it out the park with what looks like a hotel room and a spectacular finish. I think if you did, the numbers wouldn’t stack-up.’

He sourced his first six deals on the market over a six month period and he still thinks strong sourcing is essential for success. ‘If you make the right decisions in the first place and protect yourself on the way in then that is what for me keeps the risk right down,’ he says. He also cautions against using large sourcers, saying that many grow too fast and are not able to find enough good deals to meet the needs of clients.

Making investing from a distance work

Whilst based in the midlands, Adam’s portfolio reaches further afield. Through sourcing from a distance, he has developed several tactics that allow him to suss out properties from the comfort his armchair. Nevertheless, he admits there’s no alternative to checking out the area in person. ‘Sharp and detailed due diligence,’ has allowed him to reduce the number he regrets buying to 1 in 30. This due diligence includes checking crime statistics, using street-view and contacting people local to the area through groups such as UK Property Traders. ‘The areas that fit my strategy well are the areas that are just on the outskirts of where you wouldn’t want to invest,’ says Adam. ‘You can turn onto the next street and it’s where you wouldn’t want to be.’

Why the bigger picture matters

Having lived through the 2008 recession, Adam thinks it’s vital to pay close attention to the markets. ‘I absolutely take a lot interest in the macro matters,’ he says. ‘If you’re not making money in an environment of 3-4% interest rates on your mortgage, then you’re definitely in the wrong game. It’s an absolute gift from heaven.

‘I look at a lot of the Bank of England stuff around the interest rate, around the inflation forecast, around unemployment and wage growth because that’s a big driver that has impacted the north-east since 2008.’

A self-confessed, ‘reluctant remainer,’ he says he doesn’t expect Brexit to be as bad as markets think. However, he admits he has noticed some slowdown.  ‘There’s people holding off transactions at the moment,’ he says. ‘We’re seeing it in our sales agency in Solihull.’ However, he remains confident, saying that a no-deal Brexit remains unlikely. ‘I can’t see any armageddon.’

With Labour edging ahead in the polls, lately Adam has been looking ahead to the possibility of a Corbyn government and what it would mean for landlords. He is against the proposed tax on land value mooted by shadow chancellor John McDonnell last year. ‘If you put a £1000 a year extra costs on a buy-to-let property, over 50% of that is going to be passed on to the tenant… that would make 10-15% of the rental stock in the UK unviable.

‘Can you imagine the amount of section 21s and homelessness it might cause? I think even someone who’s as idealistic as Jeremy Corbyn would realise that the fall-out would be a disaster.’

‘I welcome the regulation side of it, because I think people should be providing stuff which is of good value.

‘That obviously doesn’t allow for Jeremy Corbyn deciding to nationalise everybody’s property or whatever ridiculous outcomes there might be.’

Nevertheless, he admits that other strategies around LHA and social housing might ‘come back into play,’ if Labour were to be elected.

Thoughts on the Tenant Fee Ban

Whilst he hasn’t charged tenant fees for years, Adam says that he would have preferred a cap to a ban. ‘The average landlord is usually a very nice guy or a very nice lady,’ he says. ‘The tenant fee ban comes about because of 5% of letting agents who are unscrupulous and it’s the rest of us that have to suffer. We all know a cap would have made more sense than a ban.’

He believes market rents will go up organically in order to deal with the ban, adding that many people prefer to pay a little more a month upfront anyway, rather than one up-front agent fee. ‘For years and years I’ve managed to get much higher rents than a property managed by an agent would,’ he says. ‘Sometimes up to 30, 40% more rent a month than a local, relatively lazy agent is achieving.’

Following on from the success of the Partners in Property event he founded with Sue Sims in Birmingham, Adam recently launched a spin-off event for the south-west, which is being run by Fru Jeune, Tony Van Bergenhengouwen and Steve Jackson. Partners in Property was born out of his and fellow organiser Sue Sim’s frustration with the property networking circuit. ‘What we wanted to do was turn it on its head… give people a taste of what master-minding is like and how powerful it can be… and really focus on people who are active in property,’ says Adam. ‘People work with each other, people buy from each other, people learn and sell with each other.’

UK Property Traders – join the UK property group that Adam moderates to keep on top of all things property.

PrevPrevious256: Jan update – Interiors, an Instagram challenge and why we’re moving into our HMO
NextThese are the hottest interior trends of 2019 as picked by designersNext