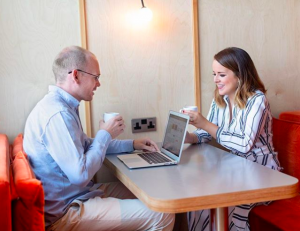 264: Feb update – picking up the keys to new properties and finally starting on our new-build 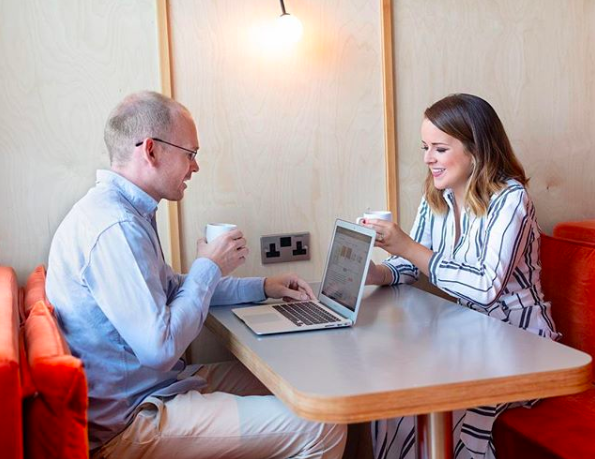 When we last recorded our monthly update we were surrounded by cardboard boxes full of all our worldly possessions, ready to move house. Since waving goodbye to out former home on 1st February, we’ve been experiencing some nomadic living, taking advantage of the hospitality of friends. Luckily for us, we’ve also started work on IPI Barbershop, which we’re intending to make our new home prior to heading off sailing in summer. In between all that, we’ve completed on two new properties and have an exciting new building lined-up.

We finally completed on the purchase of our latest 8 bed HMO, which if you follow us on Instagram you’ll have seen lots of images of recently. We had initially leased the property whilst the planning application process went through, as we weren’t convinced we’d get it approved. It’ll be interesting to see how the refinancing process plays out with this property as we’d only owned in on paper since just before the first housemate moved in and we’re looking to refinance it at a significantly higher value.

After moving out of our old house, we ended up living at the Wellington HMO for a couple of weeks before the first tenants moved in. Whilst we loved the experience, we took away one big lesson. Previously we’d allowed tenants to move in slightly early if they were desperate to do so, even if the final few things weren’t quite complete. However, after been woken up at 8am by workmen in the house and having no wifi for a few days, we decided we’ll no longer let tenants move in until every last detail is fixed. We’re offering a quality service and if our homes don’t live up to it, even if only for a couple of days, it’s not good enough.

Six of the eight rooms are now let and three of the tenants have already moved in. We’ll be releasing an end-to-end video of the project on the IPI website soon. Keep your eyes peeled.

This is another of our 8-bed HMOs. We picked up the keys for the property two weeks ago and we’ve kicked off the planning process to change the use from commercial to use class C4 class (HMO). We’ve had difficulties finding sufficient spaces for parking with some of our properties but this one has a huge car park around that back with enough space to build a double storey extension, whilst retaining four spaces for parking.

The one we’re moving into – Manchester Road (IPI Barbershop)

We planned to move into this property when we moved house. Unfortunately, we experienced delays which prevented us from starting work on, as explained in our Christmas 2018 update.

We’re currently in week four of the project and expecting the full thing to take between seven and eight weeks. In other words, we’re aiming for a fast turnaround. The first week involved taking the old roof off and lifting the new trusses in place with what was probably the biggest crane in Stockport. The property went from a two-storey building with a low-pitched roof to a two-storey building with a 45 degree pitched roof in one day. Yes that’s right, we created a whole new flat in just eight hours. Week two saw the internal partitions go in, whilst week three was devoted to the electrics, plumbing and windows. Boarding and skimming is on the agenda for week four.

Initially, we were split on what to do with this property when we go sailing, but we’ve decided to use it for our first foray into serviced accommodation. The property is in a slightly more affluent area of Stockport with rising house prices, so we’re particularly excited about the capital appreciation potential on this place.

Progress at last on our new-build – Hillgate

We’ve eventually started digging on our first new-build project, Hillgate. We’re removing 500 tonnes of rubble, which as you can expect is costing a considerable sum. We’re hoping the groundworks will be finished by the end of March and have our eyes on September for a completion date. Once finished, it’ll be a commercial unit with a mix of five two and one bed apartments above. We’re using a steel frame for the commercial unit and a timber one for the additional three storeys above it.

An HMO in an Article 4 area?

We’ve been trying to line-up projects for when we’re away sailing, as sourcing is one area we think will be a challenge doing remotely. We’ve just had an offer accepted on a commercial building with planning permission for two flats above it in an affluent area of South Manchester. The property is in an Article 4 area, but nonetheless our plan is still to convert it into an HMO. How?

The Article 4 area the property resides in covers a region much larger than the locality where the council were originally trying to prevent a swell of HMOs. After consulting a planning expert and looking at the results of other planning applications in the area, we think we’ve got a chance of our proposal succeeding. And if it ends up failing, we’ve still got the plan B for the two flats above as our back-up

That’s everything for this month (almost). We had our first live call for the IPI Community this month on joint ventures, featuring Murat Haykir and Tom Thorns. We also released it as a one-off podcast. And as always, we would appreciate you leaving a review of the podcast on iTunes if you liked it.