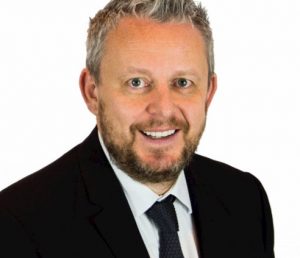 263: Ross Harper lost it all in the crash. Last year he finished an award-winning church conversion 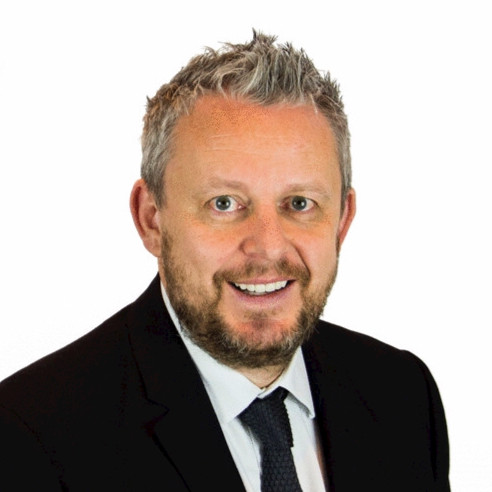 Alongside running a hugely successful auction house, last year investor Ross Harper completed an award-winning church conversion in the West End of Glasgow. He talks to us about losing everything during the 2008 recession, building his portfolio back-up and how he transformed the derelict church into twenty-four stunning apartments.

Ever since leaving school, Ross Harper has been involved in property. After studying a specialised Economics degree that also qualified him as a Chartered Surveyor, he landed in the job market during the 90s recession. Struggling to find employment, he ended up working at an estate agents. He continued working in estate agency for seven years, during which time he did his first buy-to-let. However, it was only after completing his first flip that he realised the true potential of property. ‘[I thought,] if I could do another one of them, it could replace my income for the whole year,’ he says.

He did just then. Following a few more flips, Ross eventually quit his job for full-time investing around 2000. For the next eight years, everything seemed to be going in one direction only – up.

In September 2008, Ross’s fortunes suddenly reversed. Ross was left with around 30 houses that he had to buy his way out of in terms of missives. He didn’t go bankrupt, but he was zeroed. Without cash, he found himself unable to begin doing deals again. ‘At the time I had abject fear,’ he says. ‘I didn’t have an office. I didn’t have a process to follow. I  didn’t have a skillset that was workable.

Does he see the market heading in the 2008 direction again? Not yet. ‘I’m not sure if the market is overheated in most of the regional areas,’ he says.

‘I just don’t see a big crash at the moment.’

Eventually, Ross began to put his portfolio back together. But first, he had to find a new source of income. He started thinking about how he could add value to the marketplace in the Glasgow-Edinburgh area he specialises in, drawing-on his existing skills. Having experience selling houses, he ended up setting up an auction house. His intention: to create sufficient income to allow him to get back into development deals.

He then began building-up his reputation through various deals, including the purchase of 90 houses in Kirkcaldy for just under £1 million pounds, working out at just over £10k a unit. He ended up selling one of the houses for £140k.

His reputation in-check, he began buying, selling and upscaling again in full-force, with the help of a Glasgow businessman.

Perhaps Ross’s most well-known project to date is his conversion of a church into twenty-four apartments in Glasgow’s trendy West End, nineteen of which have already sold. The project may even one-day become Ross’s home, as he admits his wife has expressed interest in moving in to one of the apartments.

Prior to Ross acquiring the church, it has lain empty for 10 years and he admits it was a ‘really difficult shape,’ to work with. Throughout the conversion he tried to retain as many traditional details and materials as possible. ‘We tried to move some of the walls to increase the use of some of the traditional materials,’ Ross says. ‘As opposed to hiding the old roof trusses, we’ve ripped them out, stained them to the way they were. The room is exactly the way it was built 130 years ago.’

The project was funded in-part by LendInvest, who attracted him because they’re developer orientated and required him to put a lower amount of money into the deal. Ross admits he has heard from others that the church project was the riskiest thing LendInvest have put money towards so far.

What’s on the horizon?

Having had systems established for over five years in the auction business, Ross is now seeking to partner with people wanting to put stock out to auction. Who does he want? ‘People who may have a day-job but want to be involved in property at night-time,’ he says, as well as BMV (below market value) companies. Additionally, he has started buying care homes with the intention of retaining them in the their current use.

linkedin.com/in/rossharperproperty – connect with Ross on LinkedIn

auctionhouse.co.uk/scotland – to find out about Ross’s auction house.

PrevPrevious262: Joint ventures FAQs, with Murat Haykir and Tom Thorns
NextTime it takes to decide planning appeals could be slashed in halfNext