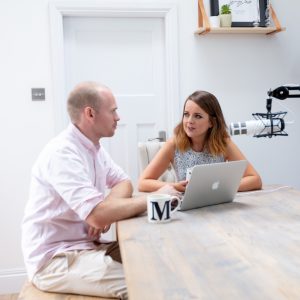 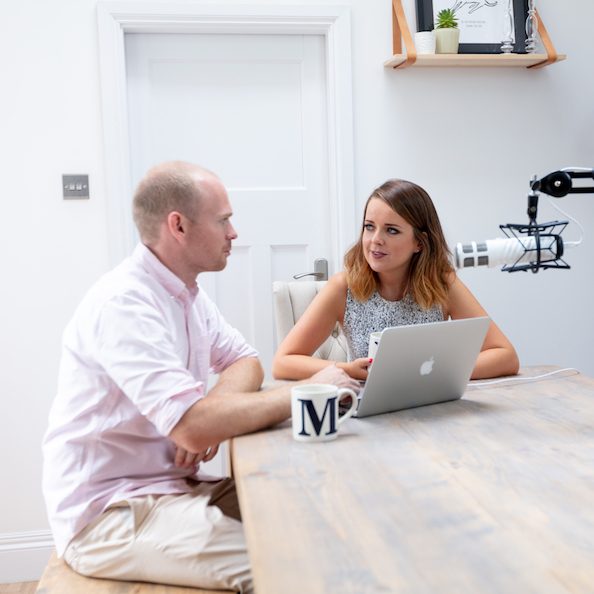 Last week Mike was invited on Stephanie Taylor’s HMO Heroes channel to chat about our latest projects, including diversifying from traditional HMOs to commercial conversions and acquiring our first new build. He also covered getting started, attracting investors and growing a team.

I’d grown up watching Homes Under the Hammer and Property Ladder, thinking that taking rundown properties and bringing them back to life was the dream. I met Victoria whilst working on a graduate scheme in Newcastle and we’ve been investing together pretty much since the day we met. We started off with single-lets and flips, but soon realised HMOs would give us the largest cash flow. That said, we’ve never been pigeonholed by a single strategy. We presently have 50 HMO rooms and we’re hoping to get up to 100 rooms in the near future.

From HMOs to commercial conversions

We’ve currently got 6 projects on-the-go right now. 2 of these are commercial to residential conversions. We’re still very bullish on the HMO market, but we’re aware there’s increasing competition – particularly in our area.

There are certainly a few more elements that you have to comply with from a building control point of view. Planning can also sometimes be a bit more awkward. Ultimately though, you’re still taking something that’s rundown, ripping everything out and starting from scratch. You’ve got four walls and you’re just filling it in with bedrooms, bathrooms, communal space – all that sort of stuff. It’s very similar. As a result of looking at these commercial projects we’ve been able to create HMOs that have significantly more communal space, significantly larger bedrooms, as well as more en-suites per bedroom than we would have been able to fit in a terraced house or a semi-detached one.

I don’t regret our new build, but I’d say we wouldn’t rush into it again. It was a car park that we bought with planning permission already in place. There’s going to be an open plan office space on the ground floor and two apartments on both the first floor and second floor, with another apartment in the loft space. We bought the land for £120,000. With the building, we’re going to spend up to half a million. The GDV should be £660,00.

We decided not to make this into an HMO because we might decide to sell it at some point as we need to replenish our cash pot from time to time. As we scale up to do bigger projects, we need our own cash or outside investment. I’d far rather be using our own cash. Additionally, the project is an area near our other HMOs and we don’t like to compete with ourselves on the market. If we sell it, we’re going to use it to replenish the pot. If we hang on to, we might make it into serviced accommodation or single lets. We’d be making as much as from an HMO, but be spreading our risks.

At the beginning it was just me doing everything. I was very much a landlord rather an investor. Victoria stepped on board 2 years ago and that was a massive boost to what we were able to do.

Our first hire was Si our project manager. He had been our plumber for five years and worked with us on a lot of projects. I was just chatting to him one day, whilst he was fitting a bathroom suite and he said hang on I need to turn off this podcast I’m listening to. It turned out he was listening to our podcast. He’d been listening to it in the background and hadn’t told us, but he had aspirations to get into investing himself. Over the course of 12 months we discussed how we could help each other. It was a natural fit. We’re still involved in the sourcing, financing and planning permission. Once we’ve got the keys and it’s ready to start out, he’s responsible for schedules, budgets and making sure everyone is on site when they’re supposed to be.

A couple of months after that we took on Catherine, our lettings manager. Again, it freed up time from having to visit site everyday. People want to view in the evenings and weekends. If something breaks they tell you about it when they get home from work. We thought let’s try to make that element of our life easier. We’ve effectively created an in-house letting agency: we predominantly manage our own portfolio plus one or two others that we’ve either sourced or project managed or both for other people.

Most recently, we took on Robert who graduated from university this year. He helps us more on the podcast side of things.

Hopefully, we’ve got our fourth hire starting before the end of the year and then we’ll just continue to grow as we see. The first one is a guy who’s hopefully joining us to help with the podcasts. We’re also hoping to get another person to support Catherine on the letting side of things.

We’ve acquired £1.5 million of private investment so far. Initially, we were a little bit hesitant about using other people’s money. However, we needed more money to do bigger projects. We were encouraged to list 20 people who might have cash lying around. These were anyone, maybe people we’d encountered in the corporate world or equally people we’d connected with on LinkedIn. They could have £5,000 or £50,000.

We sent these people an email with information of past projects we’d completed and projects we were looking to do. We were encouraged to pay 10% interest on the money, but we didn’t believe anyone would do it and we ended up offering 20%. It cost us a lot of money but that’s all paid off now. The first house we did with investor finance pays us back £1,000 per month. We’ve used this process tonnes of times now with a considerably lower APR. We now offer between 8% and 10%. It was really simple. The biggest way we’ve been able to grow our portfolio is through using other people’s money. I’m so glad I sent that first email.

We feel like our profits come from giving people a nice place to live, rather than thinking if we make shortcuts here we can make our profit that way. It’s trying to convey that in everything we post. Nothing is a sales pitch but everything is selling what we want to achieve. It’s about getting your voice out there and being the first people think of when they think of property in your area.

Our going in point from the start is give away value first and those benefits will come back. That has been the overriding concept in everything we’ve done. To anyone wanting to get started, I’d still recommend going to listen to our free podcasts.

PrevPreviousBins, washing and muddy footprints: the less sexy bits of HMO management
Next234: Airsorted’s Tom Jones reveals why you should add a short-let to your portfolioNext