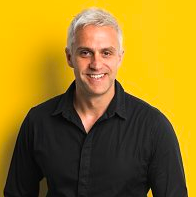 273: Running a design agency made Jason Glassick rethink his approach to tenants

Jason Glassick has been living in Singapore for the past 15 years, but is now on the brink of returning to the UK to commit himself to full-time property investing. He explains how he got started in property, discusses the similarities between property investing and running a design agency and reveals his upcoming projects.

Whilst Jason admits to always having had a passion for property and construction, he trained as a graphic designer. His earliest forays into property were hands-on affairs and included driving HGVs in and out of quarries and labouring with a builder in Bristol. ‘I’ve always been interested in rolling my sleeves up and getting stuck in,’ says Jason.

Before moving to Singapore for work in 2006, Jason worked on a number of buy and hold properties around Bath and Bristol near where he had grown up.

Setting up a design agency and moving to Singapore

Once in Singapore, Jason put his property ambitions on the back burner. He and his wife sold the small number of properties they had back in the UK and concentrated on the design agency. Then in 2016 they sold it and exited the business, giving themselves more space to explore property again.

They had experimented with flipping properties after moving to Singapore and done a number of offices and homes, but now they began to rethink their approach to property altogether. ‘Most of the problems we encountered were because of a lack of interaction with the tenants,’ says Jason. They attributed the success of their design agency to their treatment of clients. They decided to try and supply tenants with the same levels of service as they would clients.

He compares this customer-centric approach to that of student HMO providers FAT Properties, who have made wellbeing a central tenet of their brand.

Whilst for Jason the UK property market still remains a better place to invest in, he admits that the market in Singapore has some benefits. For one, he says the buying process is made a lot simpler by cheques amounting to 1% of a deal that buyers must issue to secure a purchase. If the buyer later pulls out of a deal, they lose the 1%. High buyer’s Stamp Duty, in excess of 10% for expats, also hinders people from pulling out of deals. ‘It’s extremely costly, but I do like the whole process because it stops people gazumping,’ says Jason.’

‘It’s very difficult to make money out of property in Singapore beyond market forces,’ he adds.

Building a strategy and brand

For someone like Jason seeking a strategy that delivers a quick income, he says HMOs and serviced accommodation are the way to go. And before plunging into the ins and outs of HMO and SA investing, he can’t emphasise enough the need to establish a brand. ‘If you develop a brand, you’re going to develop a pull,’ he says. ‘It’s better to be known than not known. Otherwise you’re constantly having to push your products and services rather than creating a pool.’

Why he loves serviced accommodation

Jason says he loves how SA projects allow him to transform properties that wouldn’t work as a typical HMO or single-let. In one of his serviced accommodation projects, he brought back to life a 200 year old building through stripping it back and revealing its original features. Originally intending for use only by his family, he spent £70,000 on the renovation of the £165,000 property. ‘We did overspec it,’ he admits. ‘It has underfloor heating.’ He also did extensive restoration work on the external stonework and selected welsh slate for the roof. The SA has been a huge success, achieving occupancy rates of 90-95%.

As Jason prepares for his return to the UK and launch into the world of property full-time, he says he is keen to put Proptech at the heart of the business as soon as possible. He also wants to strengthen his team. ‘You need to find people who are passionate about what you’re doing and about property,’ he says. ‘If they come in and start talking about money straight away then they’re not the right people.’

jasonglassick@icloud.com – for all property enquiries.

PrevPrevious272: Dan Jackson is using proptech to take his business’s customer service to the next level
Next8 Bedroom Commercial to HMO ConversionNext