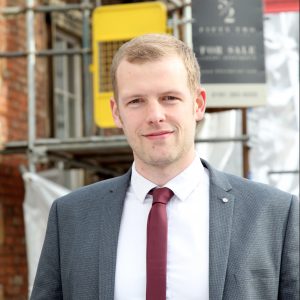 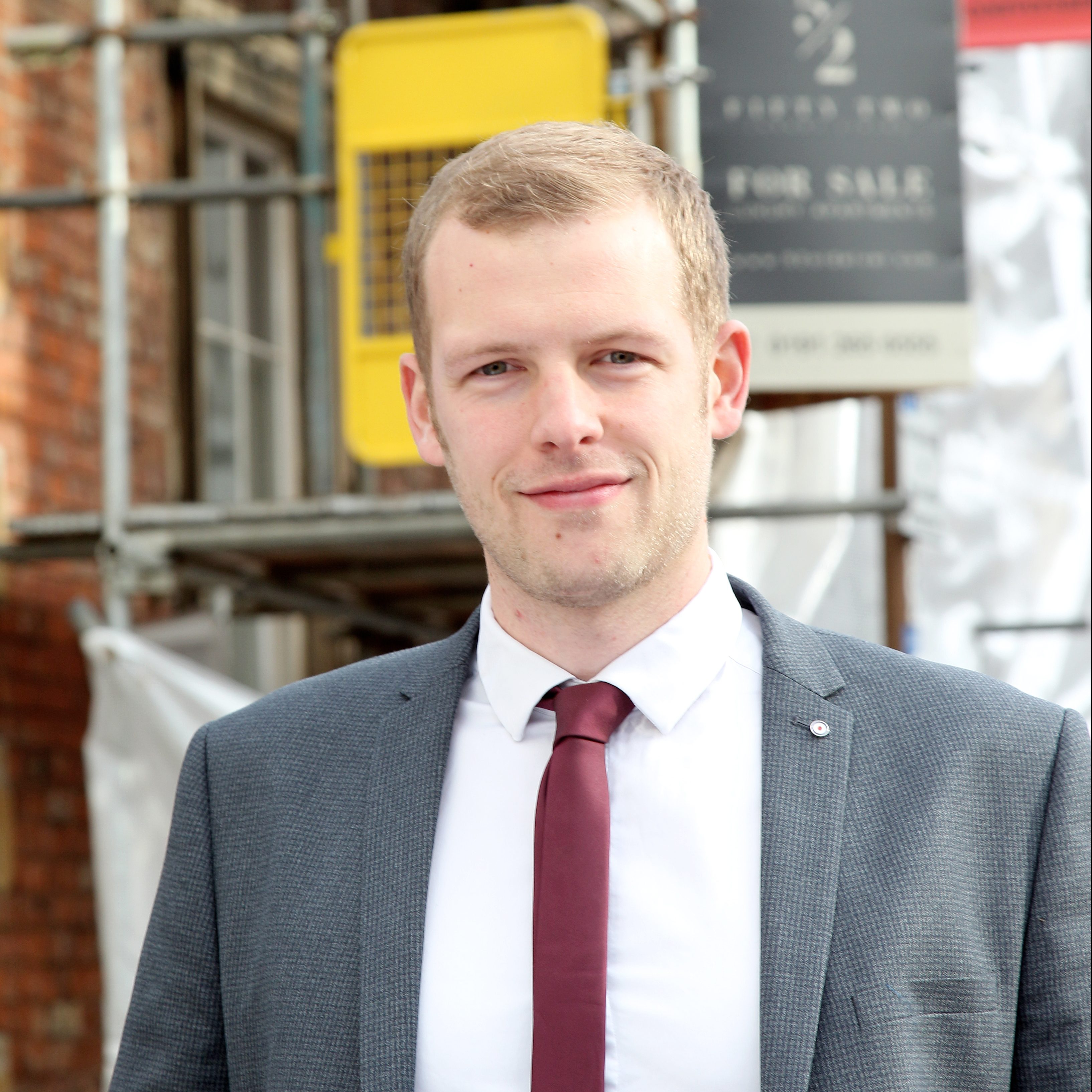 Daniel Gibson was 18. His friends were all leaving home for university, spending their student loans going out and travelling. Not him though. He stayed at home, went to a local university and invested his student loan in property. 11 years later and approaching the completion of a £3.5 million luxury apartments project, he talks about how how his down-to-earth approach to property has allowed him to achieve the goals he set himself when he was 18.

Daniel’s first taste of property was as a teenager, working in the family company as his Dad built his own portfolio. ‘I was in the garden with grass taller than me, getting dropped off, being told to fill a skip and being picked up after my work,’ he says. When he was older he progressed to working in the office, spending his summer holidays talking to clients on the phone.

At 18, whilst studying Estate Management at a local university and living at home, he bought his first property. ‘It wasn’t the easiest property for me to start with,’ he admits. Daniel had picked up the property unseen at auction. It turned out that its previous occupant was a hoarder.

After university, he had a spell working at a national lettings agency, then running a surveying company, but both were short lived. Daniel realised he wanted to make a go of property full-time.

The portfolio in brief

From the north east himself, Daniel’s portfolio stretches across Tyne and Weir and Teesside, but also extends as far north as the Scottish Borders and as far south as Doncaster in Yorkshire. His buy-to-let strategy is centered around longer term tenants. The majority of his tenants stay for a 5-6 year period. He opts for houses over flats, rarely buying the latter because of the greater risk of having problems with neighbours. Specifically, he targets properties worth between £60,000 and £100,000 to add to his buy-to-let portfolio

Quite unlike any properties in his modest buy-to-let portfolio, Daniel’s most recent development project is a block of 12 luxury apartments in a former gentlemen’s club. ‘It was built in 1706 and it has had visits from the Queen,’ Daniel says.

The first project Daniel has worked on with a business partner, he says the project has been full of learning curves. Not only did he face the challenge of working with a listed building, he had to deal with floodplains and teach himself about Section 106 agreements.

All 12 of the apartments are now fully furnished down to the knifes and forks and Daniel is hoping to let them out on a short-term basis. Running them as short-term lets means he is expecting to get three times the income he would get from a traditional single let. ‘We have had approaches from hotels, local corporations and the university in Durham to take out rentals on the property for 30-60 day terms,’ he adds.

At present, Daniel is yet to receive any financial returns on the development, but says the publicity the project has brought him has already made it worth the effort. ‘We’ve had a lot of interest from other people we work with because of it,’ he says. ‘We’ve gone on to other ventures because of it.

Based on his estimates, he expects him and his business partner to make £1 million on the deal before taking into account finance and tax. The estimation is based on having purchased the block for £1.3 million, spent £1.2 million on its conversion and having already received offers of £3.5 million to buy it.

£6.5 million coach house conversion and 12 houses in a single transaction

Daniel is also working on a development of another listed building, a former coach house built in 1796, into 9 terraced houses around a courtyard. It is one of the only buildings of its period left undeveloped in Gosforth and Newcastle. Daniel toyed with plans for everything from 25 apartments to a single extravagant manor house, before settling on the courtyard terrace block which he felt was more suitable for the area.

Away from his multi-million pound developments of listed buildings, Daniel recently added to his portfolio with 12 houses from a single linked transaction. The properties are all ex-local authority houses and were acquired in an off-market deal with a landlord. He has already managed to pull all his money back out of the deal. ‘We are in talks with another landlord to purchase another 10 properties on the same basis,’ says Daniel. ‘It’s definitely something we’re wanting to do again.’

In the meantime, Daniel is focusing on growing his portfolio and working on the developments in tandem. ‘The developments are brilliant, but as ever you only ever focus on the positive side and how brilliant it all looks,’ he says. ‘In reality it has taken us 18 months on this development and we haven’t made a penny in that whole time.’

He admits it has been challenging at times to keep living costs down, whilst waiting on the development to progress. ‘I would never want to focus solely on developments,’ he adds. For now, he is concentrating on doing one development at a time and investing the capital from them into his portfolio.

Advice: regularly return to your goals

As if owning an expansive portfolio of houses and working on multi-million pound developments wasn’t enough, Daniel also has his own lettings agency. Having worked Monday to Saturday from 7am to 9pm whilst setting it up, he delegated its management to staff a few years ago after an incident at an event he was at.

‘If you go to an event the first thing you’re asked is what you do,’ he explains. ‘And my wife answered that question for me and said that I was a letting agent. I looked at her and looked at the person we were talking to and I thought that’s not how I want to be described.

‘I think I fell into the trap that most people do where I was working for my living. We were spending the money that we had. We had bought a house that we wanted to live in. Our outgoings were going up and I was drawing more from the company than I was investing in it.’

He dug out the goals that he had set himself when he was 18 and found that one of them was to retire by 30. It was a turning point and he quickly got people in to manage the lettings firm, who he admits do a better job then he himself did.

Daniel now returns to his goals once a year to review them and make sure he is keeping on track. ‘There’s a difference between a dream and a goal,’ he says. ‘Once you set it down on paper and write a plan for yourself, that becomes a reality.’

danielcraigresidential.co.uk – for information on the lettings side of the business.