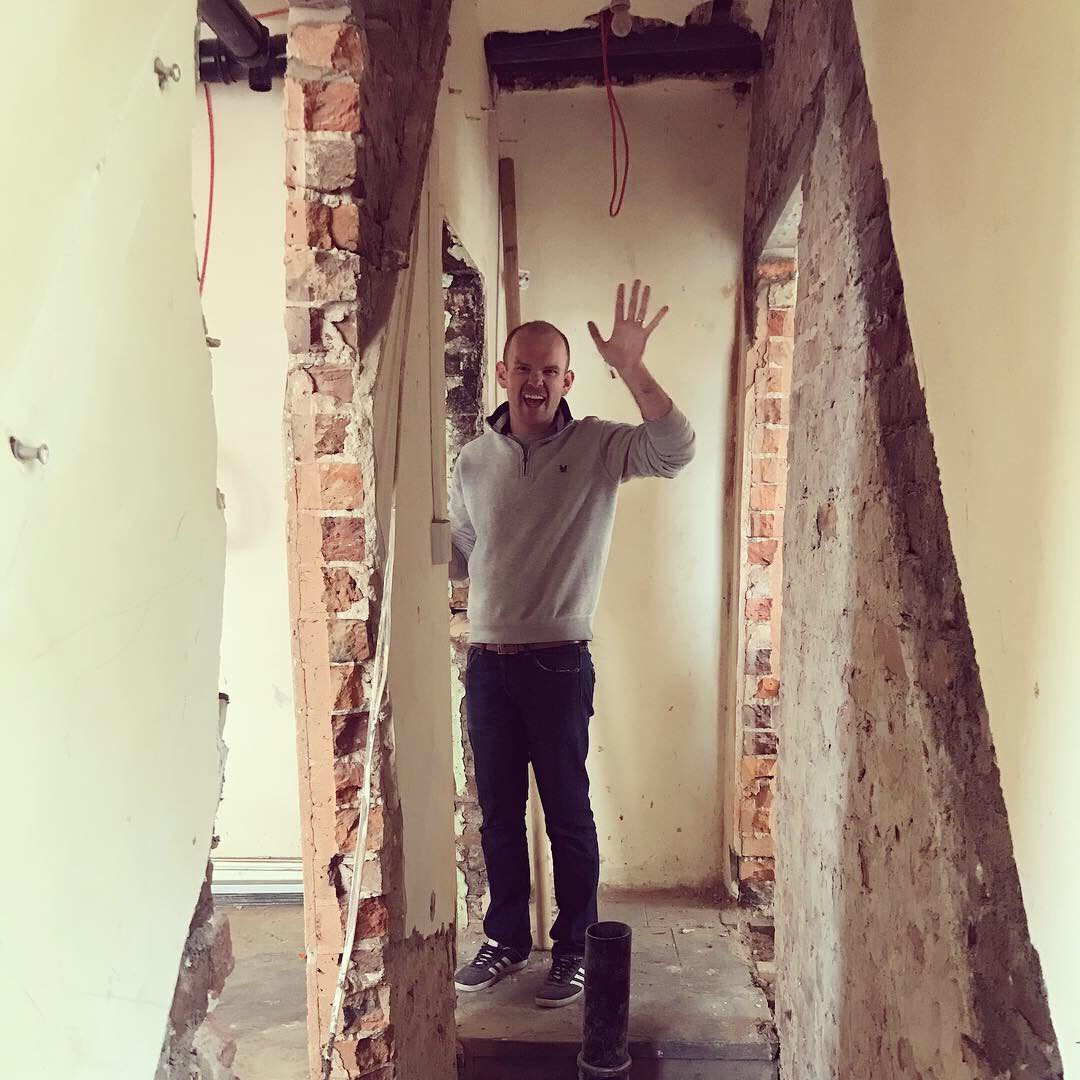 It’s often said that if you want to find out how well your team runs, you should remove yourself from the situation. Having just returned from a three week trip to the USA and the Caribbean, that’s exactly what we’ve done.

The good news is that whilst we had escaped to the waves (complete with dodgy wifi), everything back home has been plain sailing thanks to our team.

We’ve gained the confidence that we can embark on our Spring 2019 travel adventure, with the confidence things will continue to run smoothly. Before that though,we’ve got progress updates on our new builds and HMOs, a brand NEW purchase, a setback to our house sale and an exciting announcement about our property community.

On the plane journey back from our trip, we had a quick scan of what was new on the market and spotted an interesting commercial property in a perfect area for HMOs. We viewed it last Tuesday and put in an offer on the Thursday. On the Thursday evening, we sent an email out to investors who we’ve either worked with previously or who’ve expressed an interest in collaborating. Before we even had the offer accepted on the Friday, we had an investor lined up.

The plan is to convert the property into a 6-8 bedroom HMO, which will require a full planning application. We’re expecting it to take 2-3 months to go through conveyancing, so all being well we’ll have the keys by January. We’re bringing both a planning consultant and architect on board for the planning application, because it requires a two storey rear extension – something perhaps slightly beyond the capacities of the Floorplanner app.

*As this is a commercial property, the stamp duty is significantly less than for a residential one. We’re expecting it to be in the region of £200.

We’re hoping both of these will be finished by the end of December. However, with the Christmas shutdown that most of our trades have, we might delay furnishing until early January. 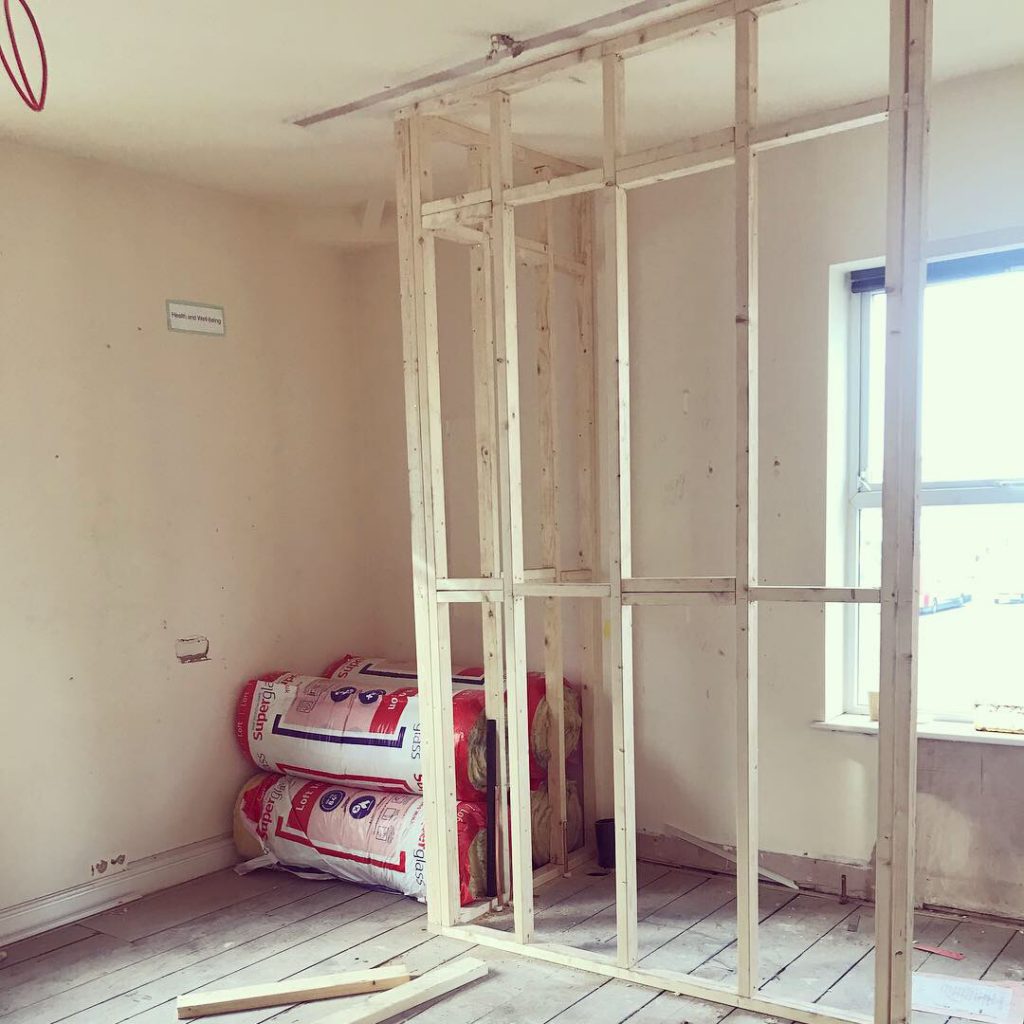 Our own project, Wellington, will be making £2,000 per month net profit once fully tenanted. As it’s a joint venture, we’ll be taking home half of that amount.

The project management fee from the Bolton HMO, will probably amount to a couple of hundred pounds a month. Whilst, that’s significantly less money than we get from our own projects, it slots neatly into our letting agency plans.

If you follow us on Instagram, you’ll know this property as #ipibarbershop. Originally, we had planning approval to go up to two storeys. Since then we’ve opted against doing this. Instead we’re replacing the roof with a steeper pitch with 45 degree trusses on it to give us a spacious loft apartment. It’s both cheaper and easier than building up an additional storey.

The party wall notice has been submitted but we’re expecting it to be dragged out to the full 8 weeks, because of the neighbour. We should have the trusses on before Christmas. If we achieve this, the simple internal renovation should be complete by early February.

As we’ll be homeless at some point in the new year, we’ll be temporarily moving into one of the apartments. Afterwards we’ll most likely sell them, but another option is to refinance them and try out serviced accommodation for the first time.

Finally starting on our new-build Hillgate

At long last we had a digger on the site last week, doing the final site investigation work. In two weeks from now we get the report back and we can finally start on the foundations.

So far this project has been a huge learning curve. The tender process of the foundations absorbed a surprisingly large amount of the budget, especially considering it’s something we’ll never see again once the thing is built. 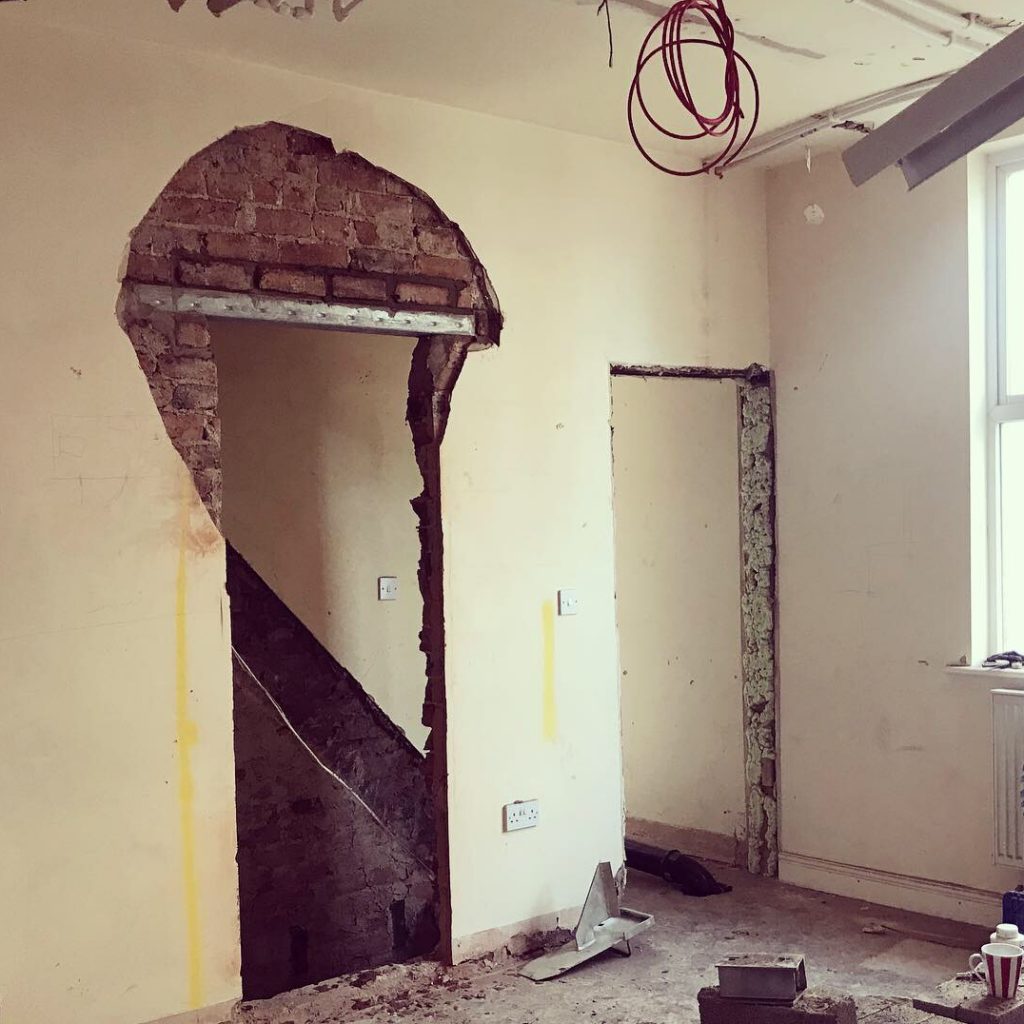 We hope to have the foundations completed up to damp proof course by Christmas and ideally we’ll have the first floor steel frame erected too. We’re having a steel frame up to the ground floor-first floor level for the commercial part of the building and a timber frame on top for the residential section.

We’re expecting the internal fit-out to be finished by late Spring 2019.

A slight setback in selling the house

Our dreams will finally become reality next year when we take delivery of our boat and embark on our trip around the Mediterranean and the Caribbean. Before that, we need to sell our house.

We were due to complete on the sale next week. Unfortunately, we received a call from our agent yesterday telling us that the buyer had pulled out. How did this happen? 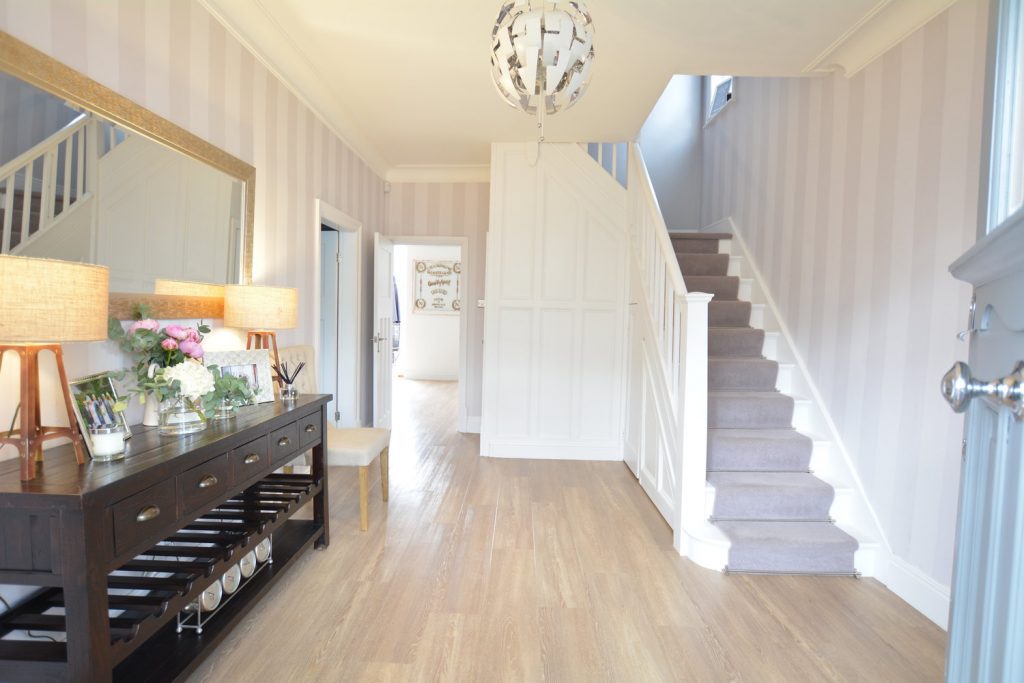 During our 3 week holiday in October, the buyer requested a number of details, including a fensa certificate for the windows and confirmation that no planning applications had ever been submitted for the house. Whilst feeling that they were superfluous, we were able to provide these. However, we struggled to send them across quickly because of the poor WiFi signal on the boat.

We arrived back from the holiday on 15th October to an email asking for us to complete on 13th October. Not possessing a time machine, this evidently wasn’t possible. It was also quite surprising, because we’d been aiming for an early November move out date. 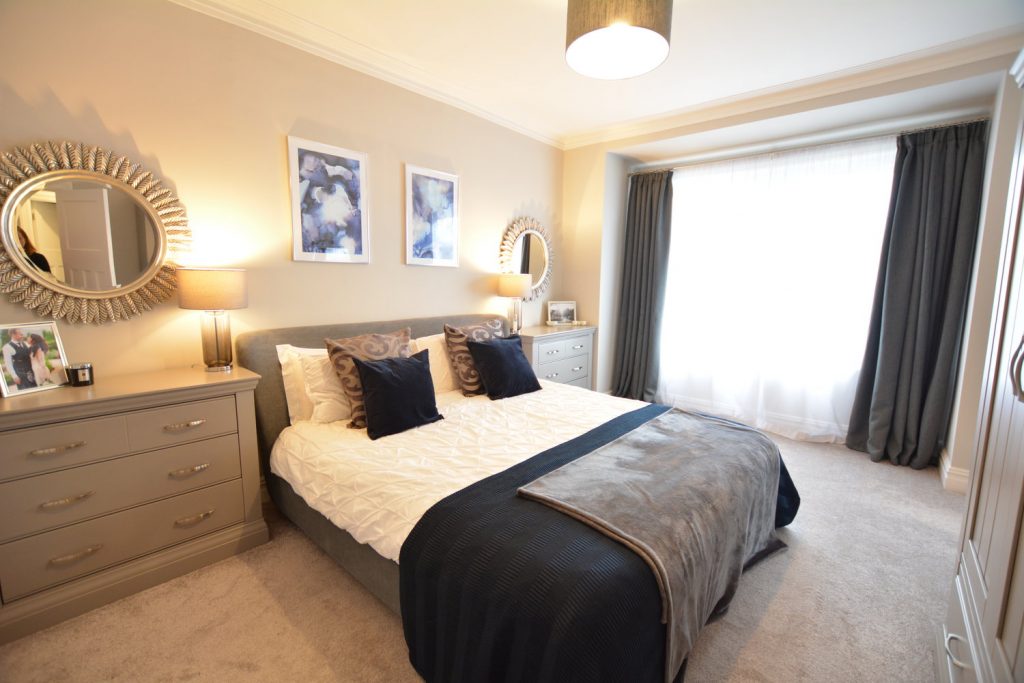 Despite, our best efforts and a tense weekend, we couldn’t rescue the sale. On the plus side, we get another Christmas at this house and we’re not homeless as soon.

The house is now back on the market. But there’s no doubt it’ll be an interesting few months with not only the cooling off period over Christmas approaching, but the uncertainty of Brexit on the horizon.

Free trial of our property community

If you’re a regular listener to the podcast, you’ll likely be aware of our HMO online course. We’ve also been collaborating with experts in other fields on new courses. The first, which is just weeks away from release, is with Dale Smith on serviced accommodation.

The other thing we get asked for constantly is c-o-m-m-u-n-i-t-y. We sent out a survey about community in our August newsletter and three points kept arising in the responses we received:

These are the three issues we’re going to address with our upcoming IPI community. Not a particularly sexy name, but that sits well with the less sexy subject matter. 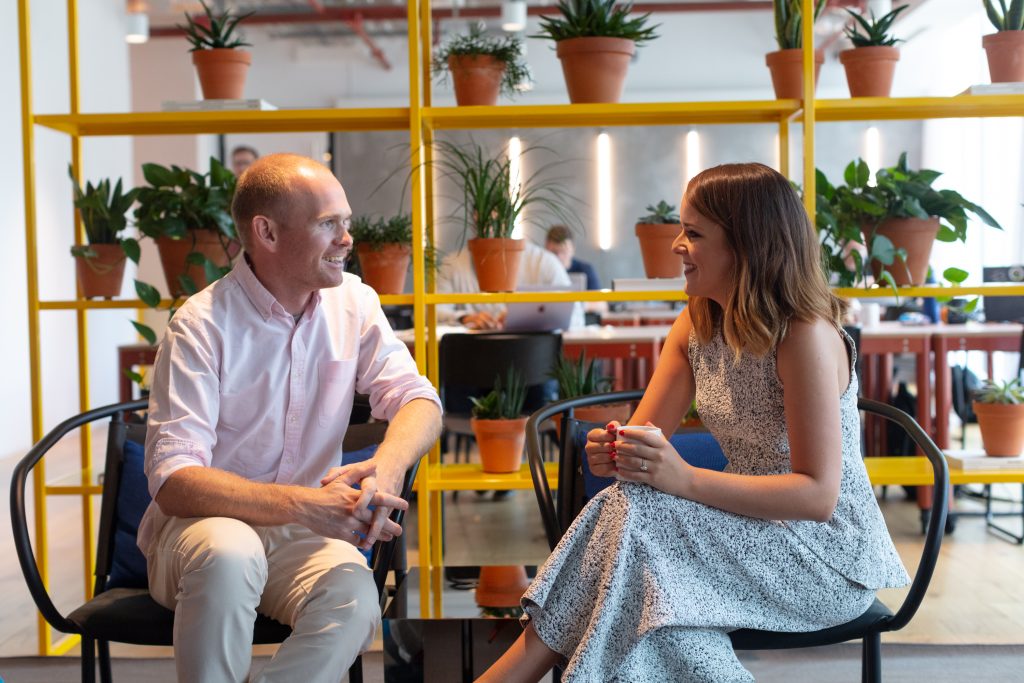 Our online courses will continue to cover the big property topics. Meanwhile, the community will focus on building a catalogue of always accessible help and support on everything we need to know as property developers.

It will provide access to a knowledgeable group of service providers who are on hand to answer all the ‘silly’ questions anyone can think of. It will come without the ego, without the attitude and without the showboating often found in property groups.

What will it look like in practice? It’s going to be a closed group, exclusively for our members. Each month there’ll be a mix of Q+As, training, coaching, education and networking, as well as videos, live calls and probably the occasional face-to-face get together.

We’re running a free trial of this community from early November until the end of December. In the new year, we’ll be kicking things off properly, allowing us all to hit the ground running with our 2019 property plans.

During this trial period, we want to find out what’s working well, what’s not so good and what you want more. This feedback will allow us to optimise the community for the grand new year launch, making it as useful as possible.

insidepropertyinvesting.com/community – access to the free trial of our property community and updates as soon as they’re announced.

Last chance to book on an Open Day

With us heading off across the waves in Spring 2019, face-to-face meetups are going to become increasingly difficult. From April next year, our open-days are going to draw to a close. Last week we announced 4 last open days for 2019, but January has already sold out. If you want to come to Manchester and get a behind-a-scenes look at our business, we advise you booking a slot before they’re all gone: insidepropertyinvesting.com/openday.

PrevPreviousHow to finance your holiday-let: the main market players compared
NextMarc Willton set up a serviced accommodation in a prime Westminster location in just 3 daysNext