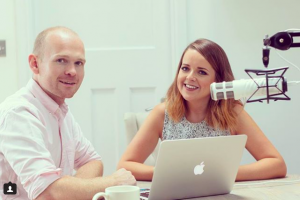 247: Christmas update ft. our projects, two lessons from 2018, why we love Instagram (and sailing!) 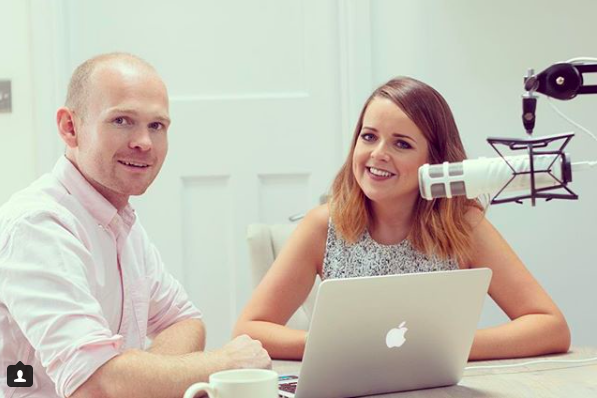 As Christmas approaches and we start winding down, it’s sometimes tempting to immediately set our sights on our plans for 2019. Before we start making resolutions for the new year, we thought we’d reflect on the successes and failures of the last 12 months.

From updates on our projects, thoughts on growing our team and the two key lessons we’ve taken from from year; settle in.

This is slightly further afield than most of our previous HMO projects. It is in Macclesfield, which is about 45 minutes from our Stockport base. Whilst not exactly a gamble, it was definitely outside our comfort zone.

We’re please to say that so far it has been a success. We completed the 6 bed HMO as a joint venture and we’ve been taking home just under half of £1500 per month, after bills and other costs are deducted.

Most impressively, all the rooms were fully tenanted before we even had the carpet down and up to now we’ve had no voids. We usually aim to advertise rooms 4 weeks before an HMO is complete, but it’s possible to advertise even earlier. Dan Brown from Nottingham based Habibo says he has managed to have some rooms reserved as early as 7 weeks before an HMO is complete. If you’re going to advertise rooms early, it’s important to still have images on your advert (preferably of a similar previous project) and to make it clear that they’re representative, not the finished product.

Plans have recently been announced to convert a former cinema near to Chestergate into a food hall, by the team behind Altrincham’s food market and Mackie Mayor in central Manchester. If the impact that the opening of Altrincham’s food market had on regenerating the town centre there is anything to go by, it looks like Macclesfield is only on the up.

We finished Hazel Grove, our first mini-mo (a small 4 bedroom HMO), in May/June time. We converted the garage into an extra, fourth bedroom to make the project stack up financially for us (which it wouldn’t have if we hadn’t added the extra bedroom). In brief, this was because adding an extra room reduced the average price per room. The lesson then is to always consider where you can add a bedroom if it fits and will help your project add up in the long run.

Our much larger commercial to HMO conversion, Wellington Road, is nearing completion. We’ve nicknamed it Churchgate #2, because of its similarities in size, location and use as our luxury 9 bed HMO that we completed last year. The kitchen is going in at present and come January we’ll only have the carpets and furniture to deal with. The aim is to start tenanting it at the end of January. 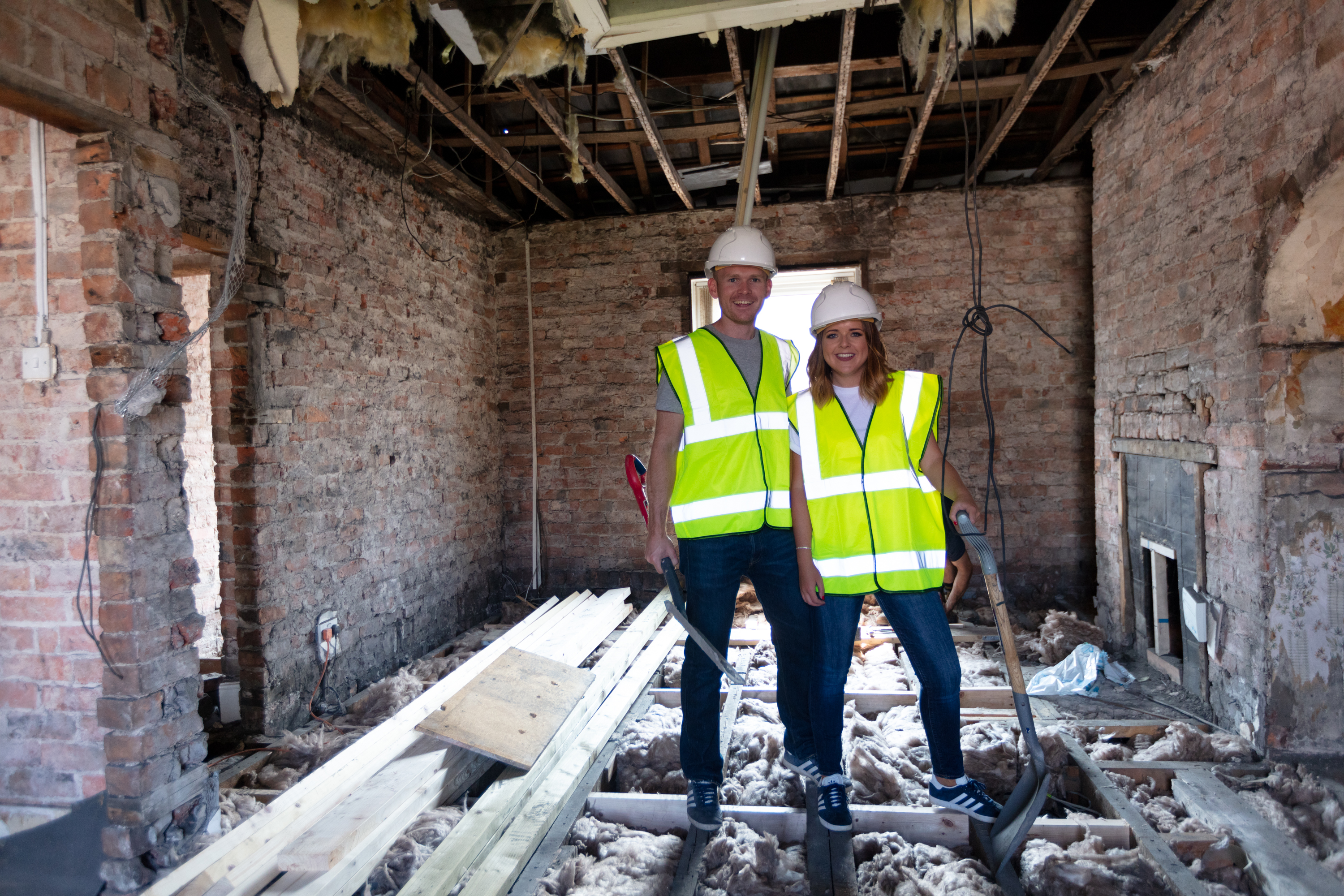 With commercial conversions, it’s important for the property to look and feel like a house. The area around Manchester is teeming with redbrick houses that fit that brief. Often they’ve originally been residential, at some point been converted for commercial purposes and now we’re restoring them to their original use.

We’ve been running the Wellington Road project almost in tandem with our 6 bed commercial to HMO conversion in Bolton. At some points, the respective progress of each has only been a week apart. It has meant our joiners, electricians and other subcontractors have been going from one project to the next. With regards to timings, this has worked really well for us and allowed them to keep busy and know they’ve got future jobs too, so a win win all round.

Commercial conversion to flats in Warrington

This project is slightly different. Again it’s a commercial conversion, but this time into flats, not an HMO. It’s on a project management basis for investors and it’s the first project that our project manager has run from end to end. Whilst we’ve been on hand, he has been incharge of the budget, schedule, trades onsite and making it a success more generally.

What about Manchester Road and Hillgate?

These are the two projects that this time last year, we had the most enthusiasm about. One year on and they’re in pretty much the same position as they were twelve months ago.

The original plan with Manchester Road was to add an extra storey. However, once we dug up and checked the foundations we realised the cost of adding an extra floor wasn’t worth it. We changed the plan and had to submit another planning application to instead convert the existing roof space. 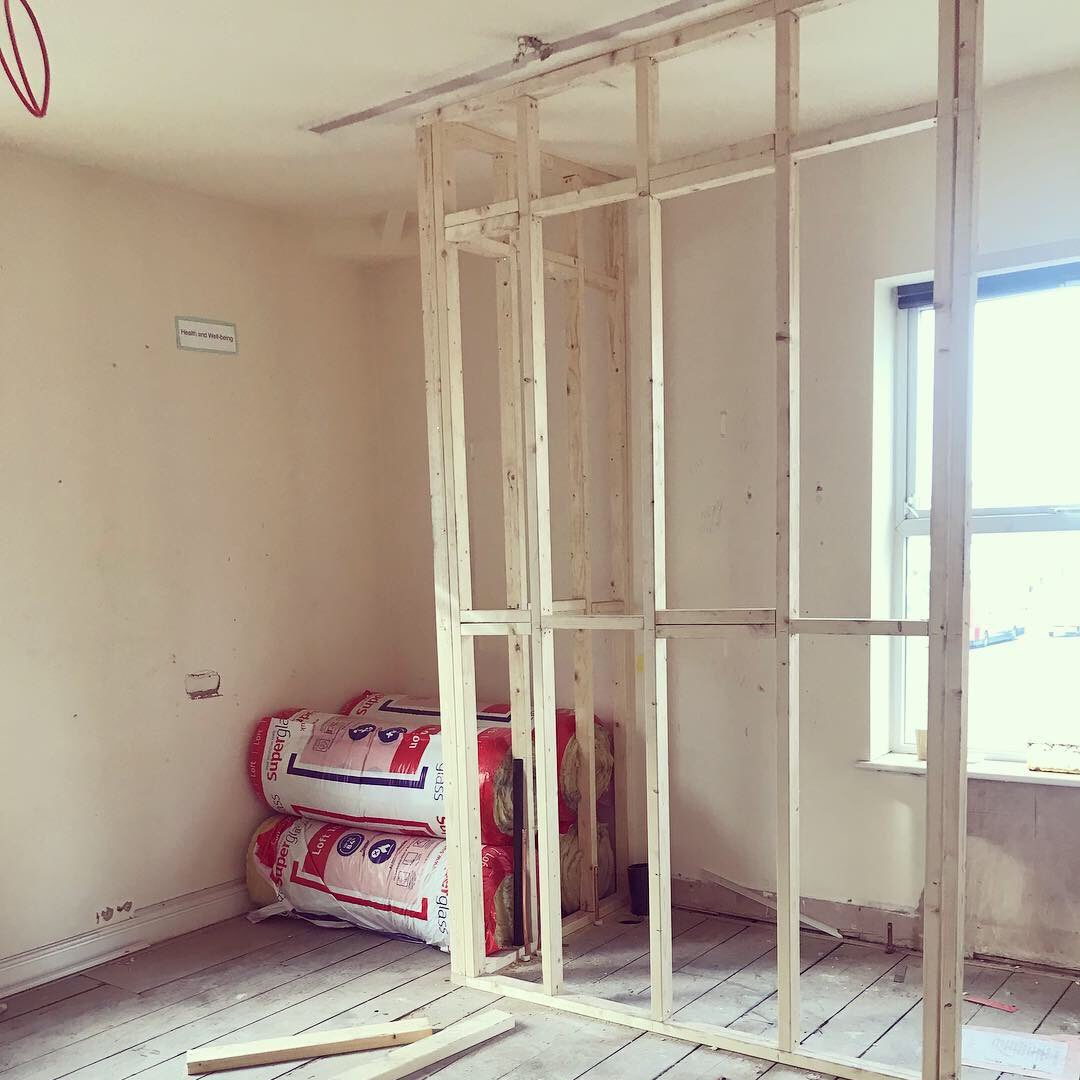 Having a tenanted commercial unit (a barbers shop) below has also posed problems. At one point customers were being covered in dust from the works going on above and it’s safe to say the owner of the shop wasn’t thrilled. However, now we have planning permission, we’re hoping to move into this flat in February when we leave the house.

Hillgate is the result of Mike thinking he could build a house having read the Housebuilder’s Bible. So far it has taken us three times longer than expected, because we weren’t aware of how long all the stages prior to construction would take, such as groundworks and piling. Once the construction begins and we’re back on territory we know, we’re expecting the project to speed up. The end result should look like a newly built commercial unit with 5 apartments above it. It’s definitely been a learning curve, but equally has made us reconsider whether we’d rush into a new build again.

Something for the future…

We’ve just had our offer on a new commercial to HMO conversion accepted. It hasn’t completed yet so we’re not going to say much for now, but so far we’re thinking of another large HMO, either 7 or 8 beds.

In August/September time we had the idea of taking on commercial space to convert into a serviced office style, co-working and hot desking space. This year we’ve grown our staff from 2 to 5 and the idea of acquiring ofices originally came out of conversations we’d had about how best to accommodate everyone. 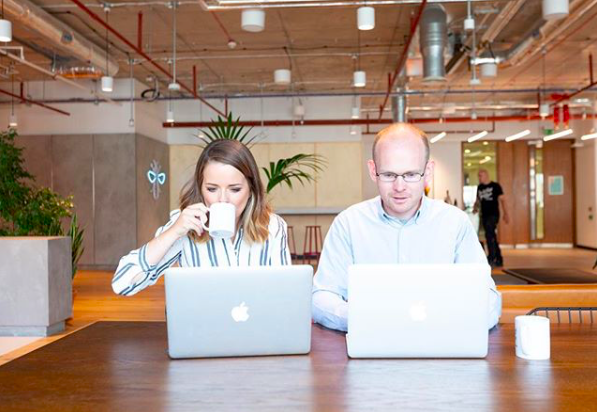 Although we liked the idea of creating an interesting working space, we’ve decided that it’s not the right decision for us right now. Demand for these spaces is booming, but there’s a lot of competition and for it to run successfully we’d need a dedicated community manager to put on networking events etc.

We’re going sailing next year and want to be remote as possible. We returned to our core goals and realised that managing such a space would be too hands on for what we want at present.

Victoria – overcoming my fear of growing the team

Jumping from 2 members of staff to 5 in the space of a year was a nerve wracking for me. I was reluctant about growing too quickly and the costs involved. Additionally, I was concerned adding another member of staff too soon might lead us to being tied down by location.

I could not be happier to have been proved wrong. Growing the team is without doubt the best thing we have done this year. Obviously it is a hit on the personal income, but it has freed up so much time for us to create new opportunities and more money as a result. My worries about more staff tying us down to a location were unfounded. Infact, it has allowed us to become more location free: we no longer have to be near our properties or construction sites, on-hand to solve any last minute emergencies. Our team sort it for us.

‘It’s a lifestyle business we’re building in the end of the day.’

Earlier this year we spoke down in Southampton at a property show. After we finished, it was disappointing to see so many people come up to us and say it was easy for us because we don’t have children. A similar thing happened after we shared our recent podcast with Daniel Gibson on LinkedIn. One user complained about it being easier for him because property was cheaper 10 years ago and a student loan wouldn’t cover a deposit today.

However true that may be, the thing that stood out from these two episodes was the excuse mentality. We’ve had over 200 people on our podcast, all who have have started out in different circumstances. They all share two things in common The first is that they’ve achieved success on their own terms, whether that’s having half a million in their bank account, or simply having more time with their families. The second and most important thing they all have in common is that they’ve not made excuses.

‘you can achieve success if you allow yourself to.’

Prior to this year, we overwhelming used Facebook to share our content and connect with others. However, we noticed our engagement was dropping off and we were fed up of the increasing negativity and people asking the same questions over and over again. It was time for a change.

This year we’ve put a lot more effort into Instagram and YouTube. And so far, we’re loving the results. Property is visual so it naturally lends itself to these platforms. We’ve found a great, positive community on Instagram and we’re big fans of the microblogging functionality provided by Instagram Stories. Likewise, we’ve liked using YouTube for vlogging the progress of our projects. They’re fun to put together and it’s nice to have a video to look back on once the property is finished.

Preparing to sail away

We meet many of our guests for our podcasts and case studies through Instagram and a lot of their stories directly inspire us. John and Bronwen Vearncombe, who appeared on our podcast in summer, provided us with valuable insights about managing a portfolio from the other side of the world. 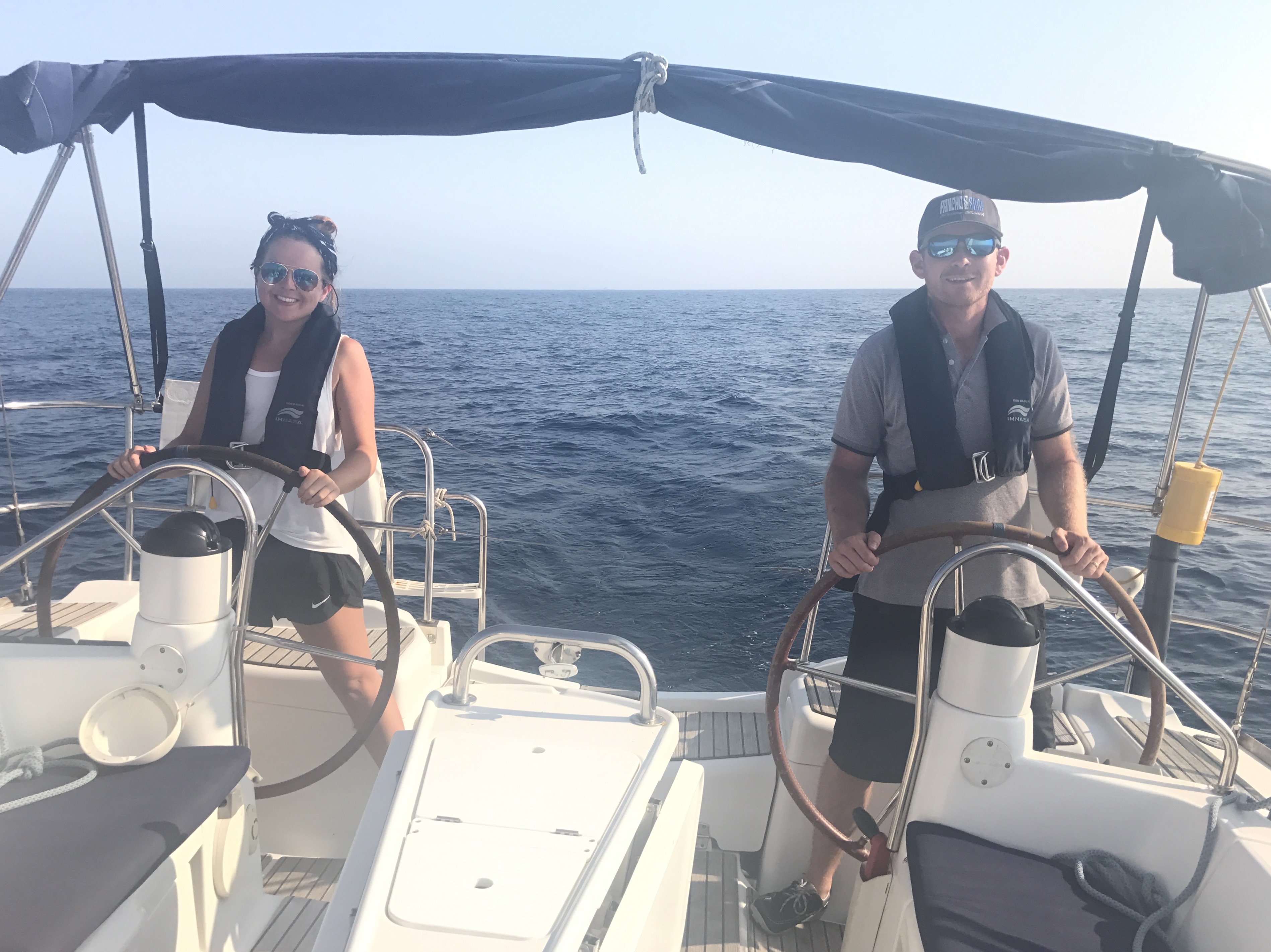 As the debut of our sailing trip appraoches, we’ve been busy making more and more preparations for it. We recently exchanged on the house and all being well we’ll be collecting our 40ft catamaran in May. As we plan to continue working remotely whilst living on the yacht, we’ve still got lots of things to sort out in the coming months before we’re 100% ready. Nonetheless, we’re very excited and have spent a lot of out free time this year practising sailing in Croatia and Conwy in Wales.

In our first podcast of 2019, we’ll have more about our plans for the coming 12 months, as we get ready to sail off into the sun. And if you’re wondering what we’re doing about the dogs, yes they are coming with us!