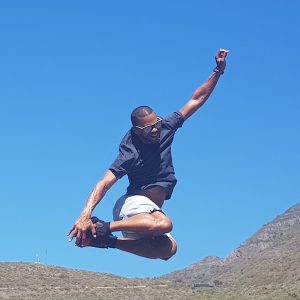 231: How Pete Baker went from unemployed dropout to Reading’s king of rent-to-rent

Pete Baker had always wanted to break into property, but lacked the funds. After many failures, including dropping out of university and being made redundant twice, he finally handed in his notice to concentrate full-time on his Reading based rent-to-rent business a few days ago.

No Agent have just released their new, fixed fee HMO Management service from only £35 per room per month. Contact No Agent today and save an average of £340 per year on management fees for each room in your HMO portfolio.

Background: getting good at failing

‘I followed the Sarah Beeny path of watching all the programmes, Grand Designs and sitting there and wondering when I would have opportunity to do that,’ says Pete.

He had to wait for a long time for that opportunity. After dropping out of Business School, he dabbled in construction, and was made redundant from two sales jobs before he found his current business partner, Ash. Ash doubles as his manager at his job of eight years where he’s working his notice.

‘The reason I was made redundant before was because I had a terrible attitude, especially in work. I always knew I wanted to do my own thing,’ Pete says.

I don’t take very well to authority, to law, to rules, to instructions… so i’m a terrible terrible person to manage.’

Pete acquired his first property midway through his time at his present job. It was a 4 bedroom house in Reading, picked up for an unbelievable £180,000. ‘Even back then it was super cheap,’ he admits.

He redecorated the house but did nothing structural, renting the house to pay for the mortgage during the works. The house sold for an astonishing £270,000 two and a half years later, which allowed him to clear his £40,000 debt.

He says starting out with so much debt has taught him to live frugally. ‘That’s one thing that has helped with my property journey,’ he explains. ‘When you’ve paid back so much money, you learn to restrict your life to the things that you need.’

He recommends that anyone looking to make their first steps in property should go through their balance and calculate what they need and what they can cut back on. He also advises completing a financial goal setting guide.

‘It’s essential to do it. To really look at your finances. To add things, to eliminate things,’ he says. ‘There’s always that one bug on there, like I can’t believe I spent that much on wine.’

After clearing his debts, Pete made plans to buy another property for a buy-sell renovation. He never did.

‘This one house was going to be exactly what I didn’t want,’ he explains. ‘Buying one house, selling it and making a little bit of money… it was way too slow.’

‘I decided that rent to rent was going to give me what I needed, which was the cash flow.’

He spoke to his wife Sofia, pulled out of the deal and asked his manger Ash to join him as a partner in his rent-to-rent venture. Luckily for Pete, he agreed.

During this time, he re-listened to many rent-to-rent themed podcasts and knew he he had found his niche. Pete chose to concentrate specifically on rent-to-rent projects around Reading. ‘Just pick one area and be strong in one area,’ he says.

Since starting the business in November 2016, Pete’s portfolio has grown to eleven properties. In the few months whilst he works his notice he says his focus is on housekeeping: ‘tidy[ing] Google docs, backup fridges, spare toasters,’ he explains. Yet he has ambitious longer-term plans. In addition to picking up a few more rent-to-rents, he is hoping to acquire a HMO in in the North West.

Recently, he has struck a finance deal on an overdraft basis that allows him to take money out and repay it at a predetermined time. ‘Something like that system has worked really well for us,’ he explains.

‘If we’re super short, we might borrow some money for three months or something and then we’re onto cash flow after that.’

He describes his typical rent-to-rent property as a 4 bedroom house with a kitchen, diner and an extra room that can be converted into a bedroom. ‘They need a bit of love. They’re a bit rundown,’ he adds.

They spend on average between £1500-£2000 on refurbishing each house. Costs are reduced through maintaining existing beds and sofas where possible. They source their other furnishings through IKEA and Facebook finds.

‘We don’t mind having empty rooms for a couple of weeks if we get the right people in there.’

Pete recommends trying to do two rent-to-rents side by side or close together so that you can use the money from the first to fund the next one. ‘There is a bit of leverage there with taking money in, before money finally goes out,’ he explains. ‘There’s kind of a crossover bit.’

‘If you do one straight away, you can use some of that to fund the next one before having to put it in different places.’

He also warns against completing properties during the Christmas lull. ‘We’ve decided we’re not going to do any houses around December and January and probably February because every tenant disappears under the sun.’

‘There are tens of thousands of tenants. We just need to focus on ours. Concentrate on what we’re doing. Make sure we’re giving good quality accommodation at a reasonable cost and we’ll find the people.

‘Have a plan, execute it. Believe you can do it. It sounds really cheesy and fluffy, but that’s what’s going to get you through.’

Find out about the services they offer at: bakerwalia.co.uk

PrevPreviousHigh-end design on a budget: transforming a derelict Mansfield semi into a sought-after HMO
NextFacebook is the go-to social network for property professionals, but should we look elsewhere?Next