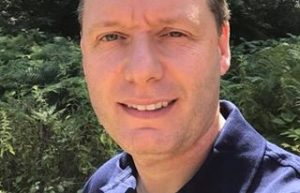 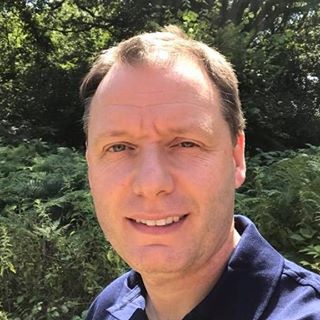 When we first spoke to Mark Stokes two and a half years ago, he had recently left the corporate world after 26 years and had just started transplanting his big business approach to property. Since then his portfolio has bloomed and he is publishing his second book. We caught back up with him to discuss why he loves commercial to residential conversions, the benefits of SSAS pensions and why he thinks everyone has a book in them.

When Mark left the corporate world for good at the age of 45 in 2005, he resigned from the board of seven different companies. Whilst having built a hugely successful career for himself, his decision to leave was fuelled by his desire to spend more time with his family. ‘The more successful I became in my corporate life, the less time I was spending with them,’ he says.

Today he relishes the freedom and time that leaving his job behind for property has provided him with. ‘What it gives me now is the joy and privilege to do things with people I want to be with. I work predominantly from home. I see my children before they go to school. I’m here most evenings of the week when they get back. It’s a real joy.’

However, as he explained last time he appeared on the podcast, leaving the corporate world didn’t mean he no longer had big ambitions. Rather, he has brought his years of experience in big business to bear on property.

Pivoting to a commercial to residential strategy

Whilst Mark has built a portfolio of HMO rooms in excess of 100, he now prefers to focus on commercial to residential conversions, saying that they’re more in the realm of his skillset. ‘What we particularly enjoy is mixed-use developments where we have opportunity to secure two or three, anywhere up to five commercial units with residential potential above,’ he says.

Mark initially dabbled in rent-to-rent serviced accommodation, but says it quickly became clear to him he wasn’t comfortable having a service driven business in that area. ‘I wanted hard ownership of an asset class,’ he explains.

Mark does all his sourcing in-house, not trusting others to do his own due diligence. When searching for commercial properties for conversion, he says not to rule out properties that might be only available to let. Often vendors can be persuaded to consider other options such as selling if they’re desperate to make use of the asset in some way.

He also warns against becoming attached to properties. ‘We’re very passionate about all our developments, but we don’t get emotional about them,’ he says. ‘No development ever runs like the swan gliding across the water. It’s the feet underneath the water that keep the swan gliding smoothly,’ he says. ‘Contextualising what you’re trying to achieve and how and with what is important.’

Prior to leaving the corporate world, Mark describes his approach to his pension pot as ‘hand off the steering wheel,’ but says this changed once he left. In July 2016, his SSAS pension was approved by HMRC and since then he hasn’t looked back. ‘It was about bringing all of my assets, all of my personal economy close, having absolute confidence I could take control of them, create a return which was significantly higher than what I’d been experiencing, but also creating a long-term, multi-generational legacy,’ he says.

A SSAS pension allows you to loan the sponsoring company up to 50% of the pension’s fund value. Mark has recently just finished a book on the subject of SSAS pensions. He says that people with them are generally late 30s, 40s and 50s. ‘They’ve worked very hard. They’ve created a lifestyle for themselves,’ he explains.

However, SSAS pensions can still be a viable option for people who are younger or who haven’t built a substantial pension pot.  Even though between £50,000 and £70,000 is the minimum required to set up a SSAS pension, it is also possible to set up group ones. ‘If you had less than that, let’s say £40,000 transfer value, then could you all put in ten lots of £40,000? All of a sudden you have with your co-trustees a valuation of £400,000,’ he says.

On writing and publishing his second book

Having released his first book last year, Mark’s new book provides a comprehensive guide of what you can do with a SSAS in practice. ‘This is very much a layman’s view of a SSAS pension,’ he says. ‘What I’ve learnt along the way, the level of due diligence I’ve done, what you need to know, what are the options, the contrast with retirement, traditional pensions, entrepreneurship, trust law, what you need to do to set it up, tax efficiency.

‘If you’re a SSAS trustee, you’re the bank. You’re the money. You’re in the wealth-management game and that’s very different to most people’s experience.’

He describes the process of writing the book as ‘cathartic,’ adding that everyone has a book inside of them. ‘You’ve just got to work out what it is,’ he says. ‘It took me 35 years to work out.’ He argues setting out a clear timescale and creating a strong structure beforehand are fundamental for successfully completing a book. ‘I would spend the first few number of weeks writing out a very clear contents list, because then it gives you the framework to write the book,’ he says.

‘I’m not the sort of person who just does something because that’s what you do. I prefer to do things on my terms. That’s the freedom of choice I bought into when I retired from corporate life.’

PrevPrevious260: Five property tasks that you can outsource to a virtual assistant
NextBuying a house at auction – five things to remember before placing a bidNext