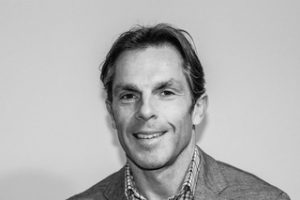 251: Nick Smith started out by renovating small family homes. Now he has a co-living empire. 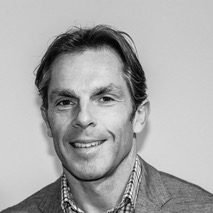 Nick Smith had a comfortable job as manufacturing director of a large, respectable company. Why then did he quit his job, buy a failing company in millions pounds of debt and borrow £5 million? Amongst other reasons, for the challenge. It’s a philosophy that encapsulates his approach to property investing. Just over a year after having left his day job to focus on property full-time, he explains how his years in the corporate world got him where he is today and discusses his new co-living projects.

Nick left school after completing his O-levels and worked on printing machines for almost 10 years. However, he always had bigger ambitions. ‘I wanted to progress into management,’ he says. ‘I always wanted to achieve what I could achieve.’ He worked his way through the ranks in different management positions, before leaving for a failing company whose fortunes he turned around. The years of work gave him valuable experience. ‘I don’t miss the fact that I didn’t go to university,’ he says. ‘At the time I wanted to, but now I look back and think I gained so much knowledge that I’d like to think I did it without needing to go to university.’

Nick had a long running interest in property and when he took on the failing company he used two of the properties in his portfolio as personal guarantees against the company. But why did he leave his comfortable job in the first place and plunge himself into the unknown? ‘For me it was like a speedboat,’ Nick explains. ‘I had been running a super tanker before and lots of other people had to do things to make it successful.’ Now, his actions had immediate impact.

Lessons from the corporate world

His experience turning the company’s fortunes around taught Nick essential lessons for his future property projects. The first of them? That success is dependant on having the right people. ‘It was all about attitude. I didn’t mind if some people weren’t fully skilled in some areas. I could always train people up,’ Nick says. ‘What you need to get is people who are dedicated and have a great attitude.’

In the course of turning the company’s fortunes around, Nick had to make some tough decisions. ‘I did get rid of a lot of people,’ he says. ‘Everyone who wasn’t pulling in the right direction. Everyone who wasn’t giving 100% attitude and effort.

‘What actually happened was that all the people who really did care and wanted to do a good job blossomed. That’s one of the reasons it had got in the state it was in. It was because no one had gone in and tackled the issues.’

The second lesson: when a company is in trouble, you have to cut deep. ‘You have to understand where the losses are coming from and tackle them,’ he says. ‘Most people fail because they don’t cut enough.

‘I went in and told the workforce that I was dropping their wages. I told them that the overtime was going to stop. It was losing £200 million pounds a year and it had to be deep.’

Nick began by renovating small family homes. ‘I would buy a single-let, often do a little bit of work myself,’ he says. ‘I’d get it on a credit card. Then I would move the balance. And then I would get the money back out and use that as a deposit.’

After the 2008 financial crisis he switched strategy. Instead of buying and keeping, he now focused on developing and flipping. To add value, he would always try and add an extension.

Since he left his day job in December 2017, he has shifted his focus and now concentrates on co-living spaces. ‘I started a business in co-living and serviced accommodation called Saltbox Living,’ he says. Similar to Stuart Scott’s projects in Brighton and Luke Spikes’s Higgihaus, the co-living spaces provide high quality housing for working professionals.

‘I’m used to doing serviced accommodation because I have some of that in my own portfolio, but Saltbox Living is designed to create excellent[ly] designed, quality co-living that is super-functional and a great place to live for the working professional,’ Nick says.

He adds: ‘We’ve got handmade beds in there. We’ve got a bit of graffiti on the wall. We’ve got breakfast bars.’

Creating a lifestyle from property

It’s not only the financial side of property that appeals to Nick. Often when deciding whether to buy properties for serviced accommodation, the potential of them being used by him and his family influences the final decision. He spotted one of the properties now in his portfolio whilst on the beach on holiday in St Ives. ‘I was sat on the beach thinking you could really build that up and it would have a great view,’ he says. Before the holiday was over he had snapped up the beachfront property. He has since added two storeys to it, giving the house stunning sea views.

Inspired by his time spent running and cycling in the Lake District, he bought a stately home in the lakes with friends. When it is not rented out for yoga retreats and to activity organisations, he spends times there with his family. ‘It’s important to get a return from your money when you’re investing, but also I’ve bought things over the years for my lifestyle as well,’ Nick says. ‘I wanted to get that blend between creating financial wealth and creating a lifestyle as well.’

Secrets to success: time management and a solid team

Otherwise, Nick is looking to scale his business. ‘I have been looking at some larger development projects as well, some build to rent schemes,’ he says.

How does he juggle everything? A lot of help from his Wife Jo and his two assistants goes a long way, as well as treating time as precious. ‘I don’t waste time sitting watching TV,’ Nick says. ‘I’m moving something along all the time. It’s in my nature. People say I haven’t got the time, but most people do have. They’ve just got to realise it and stop wasting it and find it. I did an awful lot whilst I was in full time employment. It’s making sure that you use that time wisely.

saltboxliving.co.uk – for a comprehensive outline of what Saltbox Living offers.

PrevPrevious250: How to get started in property investing, whatever your time, money or knowledge
NextBan on tenancy fees will come into force from 1st JuneNext