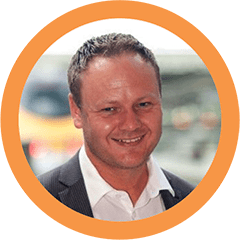 235: What is the Construction Industry Scheme (CIS)? Simon Misiewicz explains

If you’re doing major works to a property, the construction industry scheme (CIS) might apply to you. Under the scheme, contractors must deduct tax from payments they make to subcontractors and send this money directly to the taxman.

If you’re unsure whether CIS applies to you, property tax specialist Simon Misiewicz tried to answer the key questions about it in our latest podcast.

What is the Construction Industry Scheme (CIS)?

‘CIS is HMRC’s way of capturing tax before it’s due,’ says Simon Misiewicz. The CIS is typically a 20% deduction of tax from tradespeople.

‘Instead of paying them £100, you would deduct £20 from them and you would pay that immediately to HMRC.’ The tradespeople would be left with the remaining £80.

With CIS, tax is charged on the principal contractor, meaning that the initial responsibility for it falls with the contractor rather than the subcontractor.

Who needs to register for CIS?

The first thing to consider is the volume and size of the construction work. ‘If you are a mainstream builder constantly spending over £1 million pounds on construction then you will need to be CIS registered and deduct 20% tax from your subcontractors,’ says Simon.

The second thing to consider is whether you’ve had to seek planning permission from the local authority to do construction work. This may include converting a pub into a major development of flats. Change of use is not included in this, although Simon notes that planning permission would still need to be sought.

‘Wherever I was doing major development works and I needed planning permission, that would be the trigger point,’ says Simon. At that point I would be saying I need to be CIS registered or I need to be the administrator of the CIS and I need to think about collecting tax from the subcontractors and paying that off to HMRC on a monthly basis.’

‘If you’re doing construction work involving knocking down walls or converting properties then I think it’s worth having that conversation with HMRC,’ says Simon.

‘They are not the devil incarnate that people put them down to be sometimes,’ he jokes. However, he admits their website is often vague on the specifics that people need.

Rather then relying on HMRC, he advises contacting an accountant or a bookkeeper with a background in property. ‘They’ll be able to tell you pretty quickly what your project is and whether CIS affects it or not,’ says Simon.

What do subcontractors need to do?

Subcontractors should register with CIS. Registration isn’t compulsory but doing so is in their best interests. ‘If they’re not CIS registered you have to deduct more tax from them, up to 30%,’ explains Simon.

‘You will need to get a copy of their CIS registration card which gives you their CIS number […] It’s almost like an ID card. It says: “I am registered for CIS, only take 20%.”‘

Do I need an accountant for CIS?

‘HMRC are doing a lot of things now where you can do a lot of registrations online, so that’s got to be a lot easier,’ says Simon. Rather than hiring an accountant, he advises seeking out a bookkeeper or administrator.

‘‘What would happen is that the construction firm would say I’ve worked for you for five days, rate per day is this, and here’s my thousand pound invoice,’ Simon says. ‘And out of that you’d say here’s a payment for £800 because I’ve deducted 20% tax and here’s your CIS voucher.’

‘Your accountant wouldn’t be the best person to do that process because their fees to do that in administration would be quite high.’

optimiseaccountants.co.uk/ – check out Simon’s accountancy website, where you can discuss services with him.

Receive a 33% discount on a tax consultation with the code: Stenhouse33.

PrevPreviousJonathan Ioannou dared to buy a house no one else wanted. Now it’s a sleek 6 bedroom HMO
NextHealth and safety on building sites: sticking to the rules and why they matterNext