033: Richard Greenland is focussed on one thing when it comes to property – trading! 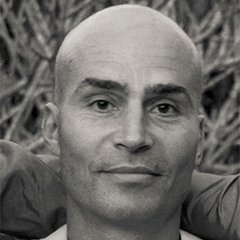 As a property trader, Richard’s typical deal is pretty simple – he buys a property for cash and immediately trades it on with minimal or no works. For this strategy to succeed, he relies on other people marketing properties badly – in fact every deal he’s ever bought is as a result of bad marketing.

They all have some problem or issue that stops them being sold easily, so Richard finds them, removes the problems, and remarkets them through a more suitable channel.

In addition to his own trading, he’s also created one of the largest and fastest growing facebook groups called UK Property Traders where almost 10,000 people discuss all aspects of property investing and share their advice freely.

Property Investors Network is one of the best places to develop your property network and power team. With over 50 monthly meetings throughout the country, there’s sure to be one near you, and if you haven’t been before you can use Voucher Code ‘Guildhall’ to get free entry to your first PIN Meeting.

Richard is an accidental landlord, but his primary focus is on property trading as it’s a little bit more exciting.

He thinks of trading like hunting – he’s out there in his loin cloth with his spear looking for the next deal. I won’t do him the injustice of trying to repeat his story though, so listen to it yourself and let us know in the comments if it appeals to you.

Richard’s biggest success is one of his most recent deals that was an unsold auction lot of 8 houses on 1.5 acres near Bristol Airport. The price started at £2.2million, and was dropped time and time again until it was being listed at £950,000.

Part of the problem with them was that the bank was the executor of the will and were forcing the sale, but the occupiers did not want to leave so were refusing to allow viewings. Richard estimated the GDV of each house was around £300-350k though, so decided it was worth persisting with.

Richard’s story of this deal is a real insight into how to get a difficult deal done, so well worth a listen, but the outcome was Richard selling on his share in the deal to his partner after they exchanged, pocketing over £100,000 NET plus a 20% overage clause on a parcel of land behind the houses as well.

The first JV Richard ever did didn’t exactly end up how he expected. It was a great deal that they bought for around 50% of market value, but his partner decided he wanted to hold the property empty for 10 years before selling in order to prevent having to pay his ex-wife any of the rental profits.

Again, Richard persisted and was able to force through the refurbishment and sale of the property, but not without being locked out of his own property, visits from the police and neighbours accusing him of trying to burn the place down.

Hustle Your Way to Property Success

facebook.com/groups/UKProperryTraders/ – This is the place to go if you want to find Richard, get in touch with him, or network with and seek advice from 10,000 other UK property investors