061: Rob McPhun served in the police force for 34 years before austerity measures made him realise that property could be the solution to replacing his and his wife’s income 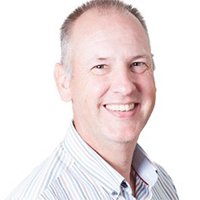 Rob started his career in the police at the age of 16, and 34 years later was still serving as Chief Inspector responsible for training delivery for the whole force. During that time he’d also had stints patrolling the beat, performing riot control duties, and liaising with social services on child abuse cases, but eventually decided to leave in order to set up his own company as a hypnotherapist and self-development coach.

A few years after that as austerity measures were introduced into the police force, his wife Nicola who was still in the police realised it was time for her to leave as well, so together they embarked on a property journey to replace her wages. They’ve been through Simon Zutshi‘s Property Investment Quick Start, the Mastermind Accelerator and the full Mastermind programme, and were in a position where Nicola didn’t need to return to work only 7 months into their journey.

They are now hosts of the Hull PIN meeting and Rob is a mastermind coach. And to give you an idea of the types of projects they’re working on, we had to bring the time of this interview forward as Rob has a site meeting for a development of 70 houses. Pretty impressive after only a few years.

Crowdlords.com is THE crowd-funding platform for UK residential property. If you love the idea of property investing but you don’t have the time or finances, why not build your own portfolio with the investments on CrowdLords.

Find out more at Crowdlords.com

Rob and Nicola have built up a portfolio of single lets, and are just beginning to embark upon building their HMO portfolio, with one already owned and another on the cards.

In addition to their buy-to-let properties, they’re also working on a deal on an off-market piece of land that’s got the potential for 70 houses, and a school that could be converted into 6 flats.

After completing a 3 day training course at 5.30pm on a Saturday, they stopped on the drive home to meet friends for dinner. After sharing their passion and excitement over a meal, they secured their first £30,000 of JV funding within hours of starting their journey.

The very next day Rob saw a post on Facebook from a desperate seller. The property was valued around £65,000 and they were able to purchase it for £47,500. That property has been let out since giving them a return of 23%.

Rob believes that the coaches and mentors standing at the front of the room writing figures on flip-charts about successful deals can make it all seem to easy. In his opinion, no project goes exactly according to plan like one of his current deals that they’re putting in a planning appeal for despite the planning officer, local officer and legal officer all being in favour of the development.

NJMPropertySolutions.co.uk – Rob’s business website with access to more information on him and his coaching / mentoring services
Pinmeeting.co.uk/rob-nicola-mcphun/ – Find out when the next Hull PIN meeting hosted by Rob and Nicola is on
Linkedin – Connect and get in touch with Rob via social media