056: Rob Stewart spent 12 years flying in the RAF before realising that property could replace his income and give him more time with his loved ones 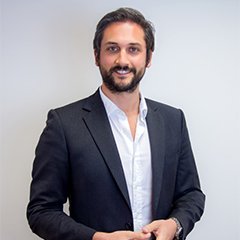 Rob spent 12 years as a pilot before taking the decision to leave early in 2011 when he realised life was too short to be away from his friends and family.

Unfortunately though, leaving early meant he lost out on his military pension, which is when he discovered that property could be a great long term replacement.

He started investing on his own but when progress began to slow down he got training from the Progressive Property Network, and has gone on to build up a portfolio of almost 30 properties with almost 60 tenants, as well as running a letting agency that specialises in HMOs and LHA tenant, a sourcing company, and a training company along with past guest John Paul that focusses on teaching investors how to run their property business like a real business.

How To Become a Successful Property Investor is a full day training course run by the amazing Vicki Wusche. It’s ideal for you if you’re just starting out on your property journey, or with a new strategy. You’ll leave the day with a personalised business plan tailored to your strengths, and be supported by Vicki for 3 months to get your property business off to a flying start. Find out more at insidepropertyinvesting.com/SPI

As the market changes, Rob is moving from high-yielding, low-end HMOs into more large scale development projects focussed on building up his cash pot over the next 5 years. He’s Joint Venturing with people in other areas where commercial to residential projects make more sense (the price of property is too high for this strategy to make sense in his own area).

In order to keep his own portfolio growing as well, he’s focussing on ‘no money down’ deals using lease options and what he describes as ‘grown up rent-to-rent’.

Just after joining the Progressive community, Rob bought a mixed-use property at auction (retail and 7 flats) for £124,000. The whole building was renovated using a lot of grant funding (around £70,000) from the local council. The funding was given with the caveat that the tenants need to be council nominated.

Each of the 7 flats rents for £425 PCM, and the office gives £600 PCM, giving a monthly gross profit of just under £4,000. They’ve just had the property revalued at £415,000 which means they can pull out all of their initial investment and leave plenty of equity in the deal to help fund future deals.

During the first year Rob was investing, he thought single lets were working well for him but wanted to do something bigger so he bought a commercial to residential conversion – turning a photographers studio into 3 flats.

The figures stacked up, but he picked the wrong builder and didn’t have good contracts in place, resulting in a £40,000 increase in costs. The final figures were an investment of £175,000 and a final valuation of only £173,000.

To make matters worse, this was all during the period when Rob was supposed to be planning his wedding!

The Property System – Find out more about Rob’s upcoming course with John Paul, and get a 75% discount on the ticket price.