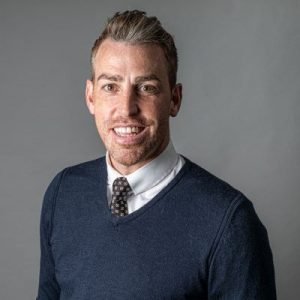 335: Shane Duff on scaling to property development quickly and being a fan of de-risking projects

Today I’m delighted to be joined by Shane Duff, an ex-professional footballer, ex-teacher, and now a successful property developer who played on what he learned from years of sports coaching and teaching others to scale his own business and achieve what he’d set out to do in five years in a fraction of the time. He started off flipping houses, and after quitting his job with the support of his partner gave himself 12 months to make the property his full-time career. He’s a big fan of de-risking his projects and property development which we talk through in detail during the interview, as well as focussing on building a business that can thrive for the long term rather than just thinking from one project to the next.

Here’s what we discussed this time:

4:13 – From football to property, Shane talks us through his life as a professional footballer in League 1 and 2, and it being cut short by injury. He tells us how that trauma led him into the world of property, and the support that was there for him to take his career from sport to investing.

7:28 – He tells us how he was really motivated and wanted to break the mould and go to University after his football career. He got a first in his degree as a mature student and a distinction in his PGCE.

9:31 – Despite enjoying teaching, what made Shane decide to go into property investing instead?

11:50 – Had he considered property before any more than a hobby? What was the transition like?

12:51 – Shane tells us how he spent a lot of money on education and training in property investing – something he talks about openly now as he feels the investment was very worthwhile.

13:31 – There’s a big taboo on property education, but Shane feels strongly that it helped him to focus because it had a price tag on it.

16:17 – It’s about turning information of any sort into action.

16:23 – Shane talks us through the logic behind starting out with flipping properties because it was the only way he knew how to do it – it’s where a lot of people start. Did he do well from the flips?

18:37 – The importance of knowing when to take a step back in your business.

22:22 – Having the willingness to take the first step is brilliant.

24:29 – How Shane started to focus on long-term goals and take the business into a full-time solution.

26:29 – Shane discusses how he went into business with someone else and how it pivoted into a development company.

27:00 – Last year in 2020, Shane rolled in £7.5m of property and he’s only been involved in property for three years. But he caveats that with the fact that they’ve heavily de-risked it, so they’re never going to make loads and loads of money in it. He’s a huge believer in focus on the downside and let the upside take care of itself.

28:00 – Shane is happy to take a hit on percentage of profits in order to de-risk property investment. He talks through how he did it with particular deals, including having four shareholders.

31:20 – He talks through how de-risking works well for him and how he’s had no sleepless nights through Covid.

35:00 – To come out of the last year on a development site with a profit is pretty good in itself.

38:00 – What are his goals for the future? One main focus over the next few years is to build up a portfolio for cash flow as well as development to sell. They would like to have total choice over where they are and how they live their life.

39:09 – Shane wants to become a money-lender himself too.

42:00 – Don’t limit yourself to unicorn, all-singing and dancing deals. Shane talks through some of his coaching experience and how differently his clients approach their own journey.

44:49 – The ins and outs of his coaching. How his sporting career has helped him in his property journey now.

47:54 – Longer term plans – Shane sees himself living in a home he’s built himself in five years time and that he has cash flow coming in. He wants to create bespoke, high-end buildings and continue coaching and working with people.

Join us on one of our upcoming Virtual Open Days for a guided tour of 3 very different properties to give you a better understanding of different investment strategies, how we make investment decisions and how we run our development projects.

And once we’ve finished the grand tour, we’ll spend the rest of the day working with you to learn more about some of the most critical aspects of building and running a successful property portfolio and investment business, including deal sourcing, managing projects, and how to finance your growth.

Click here to see our next dates and book your ticket!

The Links We Mentioned:

PrevPreviousUsing rent-to-rent as a stepping-stone towards purchasing with this 4-bed HMO in York
Next336: Tex Jones on the power of property networking, sustainable scaling and sheer passionNext