020: Vicki Wusche doesn’t believe in time being an excuse. We all have the same number of hours in a day 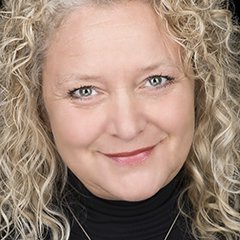 Vicki is a hugely down to earth believer of the phrase ‘If I can do it, so can you’. Don’t let that handful of words make it sound easy though. After her redundancy in 2006, she had to learn quickly about the value of her time and how to maximise the return on her investments through leverage.

She bought her first investment property in 2008, and has since developed her skills to the stage where she sources properties for other investors.

And with a background in university lecturing, she is obviously a natural when it comes to passing on her knowledge. With 3 books under her belt and a property training arm to her company, she was recognised by the telegraph in 2013 as one of the 25 most influential people in the UK property market.

Key Person of Influence (Revised Edition): The Five-Step Method to Become One of the Most Highly Valued and Highly Paid People in Your Industry

The Zone: How to Get in It and Stay in It

Vicki has completed loads of successful property deals, but she particularly likes the ones where little money is left in and a good net ROI is achieved. She speaks about one particular deal as an example, that was purchased for £98,000 (market value of £110,000). It needed a new roof to the rear extension, damp proofing, new kitchen, 4 new bathrooms and full redecoration which was all completed for £17,500. The total cash investment was £52,500, and the total ‘cost’ of the property after refurbishment was £125,500.

On one of the rare occasions where Vicki was buying a house through ‘traditional’ means (i.e. from an owner occupier rather than a probate sale or a repossession), there were of course some problems. A sale in the chain got delayed by 4 days, meaning Vicki had to push her builders back by a week.

She had tenants lined up already but they had a strict deadline they needed to be out of their current home by, and the delays meant Vicki’s property was no longer an option and they moved elsewhere. A seemingly insignificant delay caused Vicki to lose a tenant and have a property sitting empty for 2 months over Christmas until a new tenant was found.

thesourcersapprentice.com – Vicki’s main business website with her resources, courses and links to her sourcing services
Email Vicki – Got a question or looking for some advice? Send Vicki an email.

PrevPrevious019: Richard Brown identified those painful gaps in his property knowledge and took actions to plug them
Next021: Bonus March Property Update with Mike StenhouseNext